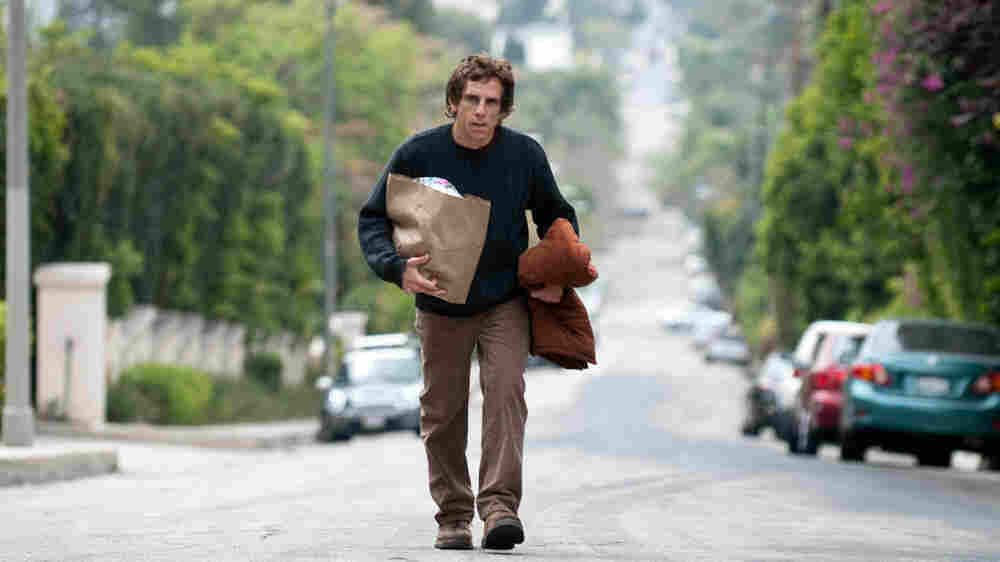 Roger Greenberg, played by Ben Stiller, is a 40-something musician-turned-caprenter, recently released from a psychiatric hospital. Wilson Webb hide caption 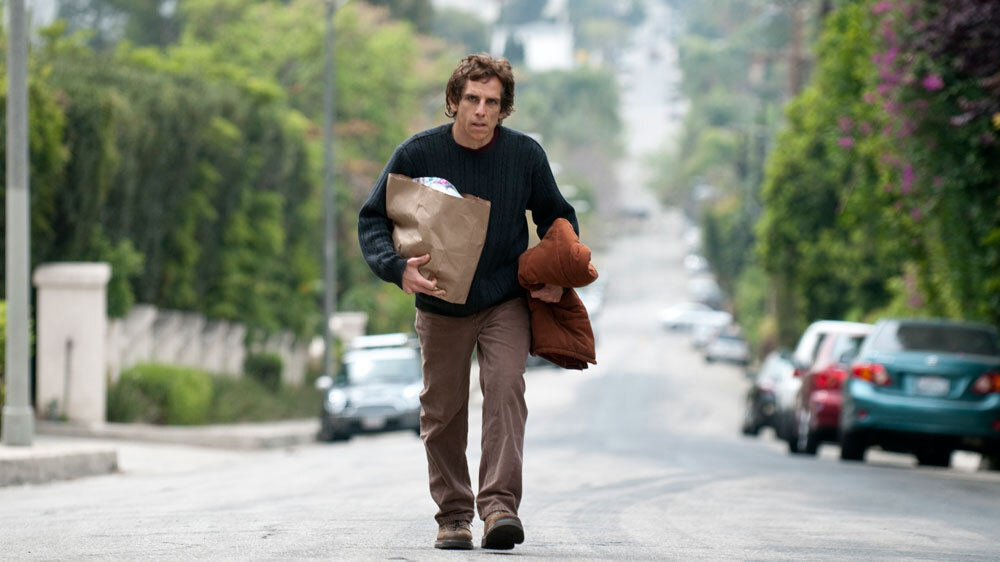 Roger Greenberg, played by Ben Stiller, is a 40-something musician-turned-caprenter, recently released from a psychiatric hospital.

Yesterday afternoon, actor Ben Stiller stopped by our studios to talk about his newest movie, Greenberg; his career; and his interest in Twitter. If you haven't heard the interview, you can listen to it here.

I saw Greenberg last week, and I liked the film. Stiller played a different kind of character than he has in the past, as advertised, and Greenberg's director, Noah Baumbach, did a great job of portraying the wonderful strangeness of Los Angeles. Stiller's character, unable -- or unwilling -- to drive, walks or relies on friends to get around the big city. There are great sequences when we him schlepping food back to his brother's house from a grocery store.

I digress. Back to that whole Stiller-plays-a-new-kind-of-character thing. On The Movie Critics, Entertainment Weekly's film blog, Liza Schwarzbaum argues that, "sometimes the sweetest thing a famous actor can do for his career is play a sourpuss."

Stiller has tailored a successful career for himself playing guys so full of themselves that they're hilarious in great, self-absorbed-peacock stuff like Zoolander and Tropic Thunder (one of my big-time favorites). But Greenberg strips Stiller of the familiar, air-quote irony with which he usually builds his outrageous characters. And in his energetic seriousness, the actor shows new dramatic depth.