Accessibility links
Let's Not Kill ALL The Lawyers : Blog Of The Nation Atticus Finch, the most ethical lawyer in fiction.  But maybe that's not saying much?

Let's Not Kill ALL The Lawyers

Let's Not Kill ALL The Lawyers 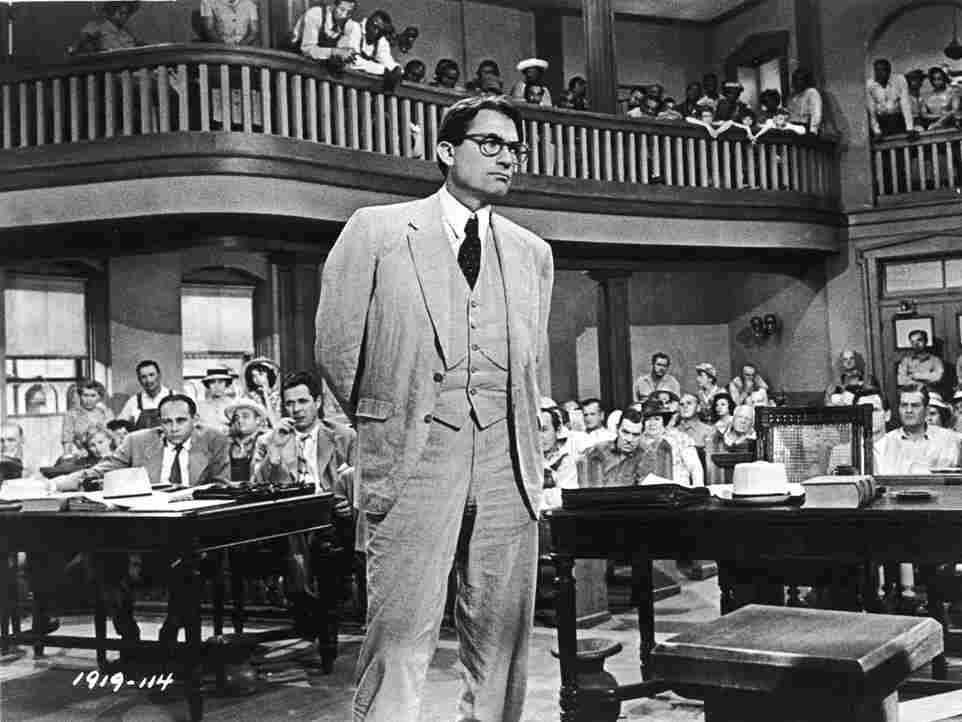 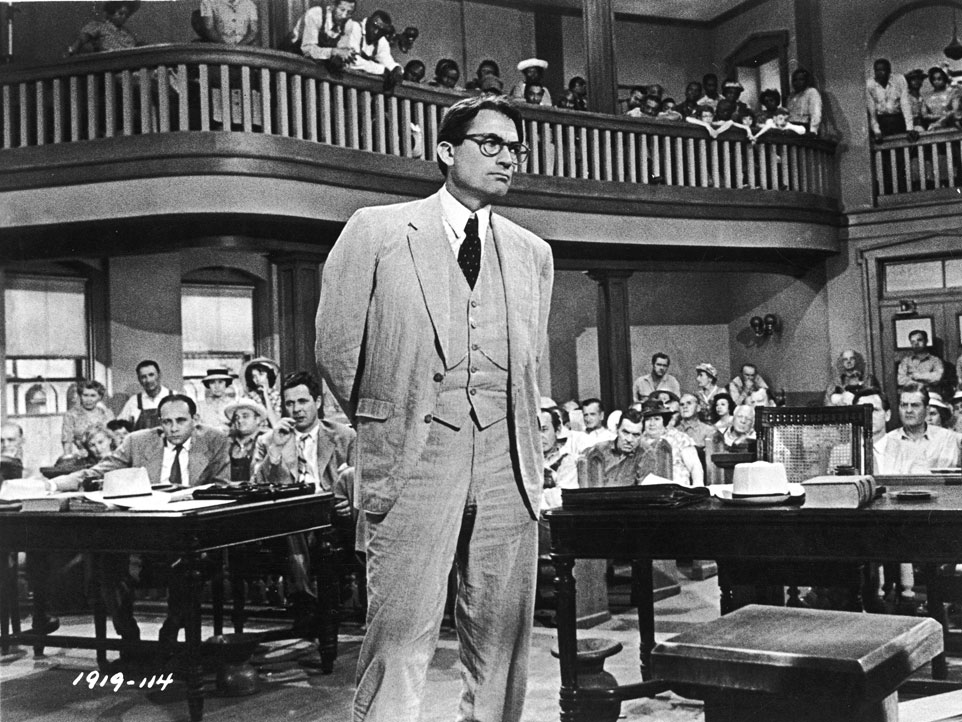 Shakespeare famously writes in Henry VI, "The first thing we do, let's kill all the lawyers."  It is often taken out of context -- the character saying it is actually a scheming killer, hoping to remove all independent thought by getting rid of the lawyers.  But that doesn't mean there aren't tons of morally bankrupt (tho rarely financially so) lawyers in literature.  Dickens' Bleak House is generally acknowledged to be the most scathing take-down of the law ever. His lawyers are often named Vholes or Tulkinghorn -- just so you know before they even do anything that they're vile. Law is often the chosen profession of those men who oppress their wives in petty and sometimes brutal ways (see Torvald Helmer and Soames Forsyte -- that's right, also dripping with onomatopoeia).  And then there's Kafka (and remember, that guy was trained as a lawyer, so he knew of what he wrote).

Today, writing the intro for a segment on the fiftieth anniversary of To Kill A Mockingbird, I found myself writing this: "Atticus Finch, the most principled lawyer in literature."  It feels correct, doesn't it?  (And as I've said, is that even saying much, when you're in the company of Vholes?) Is there any other lawyer in fiction who operates on every level with such integrity?  There's Dickens' (again with the lawyers!) Sydney Carton, but remember, he has a long way to go before he makes his brave sacrifice at the guillotine.  I love Merchant of Venice's Portia, disguised as the young lawyer Balthazar, but her brilliance is in part, due to her daring -- and unethical -- moves.