Accessibility links
August 16th Show : Blog Of The Nation In our first hour, low income housing, and the opinion page.  In our second hour, swimming disparity, and Choose Your Own Adventure. 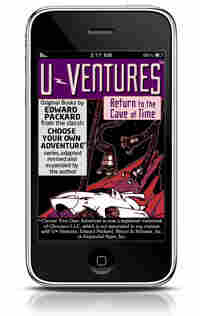 In our second hour, author Edward Packard talks Choose Your Adventure, his classic interactive children's book series made popular in the 80s and 90s that have now gone digital. hide caption

Low Income Housing
Some 30,000 people lined up in East Point, Georgia, last week hoping to land a federal housing voucher.  The turnout overwhelmed local officials, who blamed the recession for the higher than expected demand.  Other cities from Chicago to Roanoke, VA have seen their own jump in applicants.  The vouchers are a guarantee that a local housing authority will pay a portion of a tenant's rent.  In recent years, both the funding for low-income housing and the number of available housing units have dropped.  That has created a situation in many major cities where the required wait for a voucher can last up to 10 years if you can land a place on the waiting list.  Neal Conan talks about the challenges of finding and providing low-income housing in a struggling economy.

Opinion Page
During a recent interview on NBC's Meet The Press, Gen. David Petraeus said, "we're making progress -- and progress is winning" in Afghanistan. But as the July 2011 deadline to begin to draw down troops from Afghanistan approaches, Rep. Frank Wolf, a Republican from Virginia, argues that "nine years into our nation's longest running war, the American people do not have a clear sense of what we are aiming to achieve, why it is necessary and how far we are from attaining that goal."  Neal Conan talks with Rep. Frank Wolf on the Opinion Page about his call to clarify the U.S. mission, goals, and objectives for success in Afghanistan.

Swimming Disparity
The drowning deaths of six black teens in Louisiana renewed questions about the long-standing disparity between those Americans who can swim and those who can't. Neither the teens who drowned nor their families who watched from shore could swim.  According to the CDC the rate of fatal drowning is highest among African-American children ages 5-14 (three times that of white children in the same age range) due to a combination of social, economic and cultural issues. Neal Conan talks about what causes the dangerous disparity in swimming, and how to recognize and assist someone who's drowning.

Choose Your Own Adventure
For fans of the Choose Your Own Adventure series, there's now an app for that. The classic interactive children's books made popular in the 80s and 90s are getting a digital makeover for the iPhone and iPad. The days of cheating by jumping back 5 or 10 pages to avoid being eaten by a monster or falling down a ditch are gone. But Edward Packard, one of the original authors of the series, says that the revival includes new secret codes and original artwork and will appeal to both older and younger readers. Packard talks about the revamped stories, and technology's influence on changing the way kids think about books and reading.