Accessibility links
The Double Space Is My Exclamation Point : Blog Of The Nation Barrie Hardymon is shocked to find that all of these years, the most satisfying part of typing a sentence, the double space after a period, turns out to be not just wrong, but egregiously so.  And so, a last love letter to the double space. 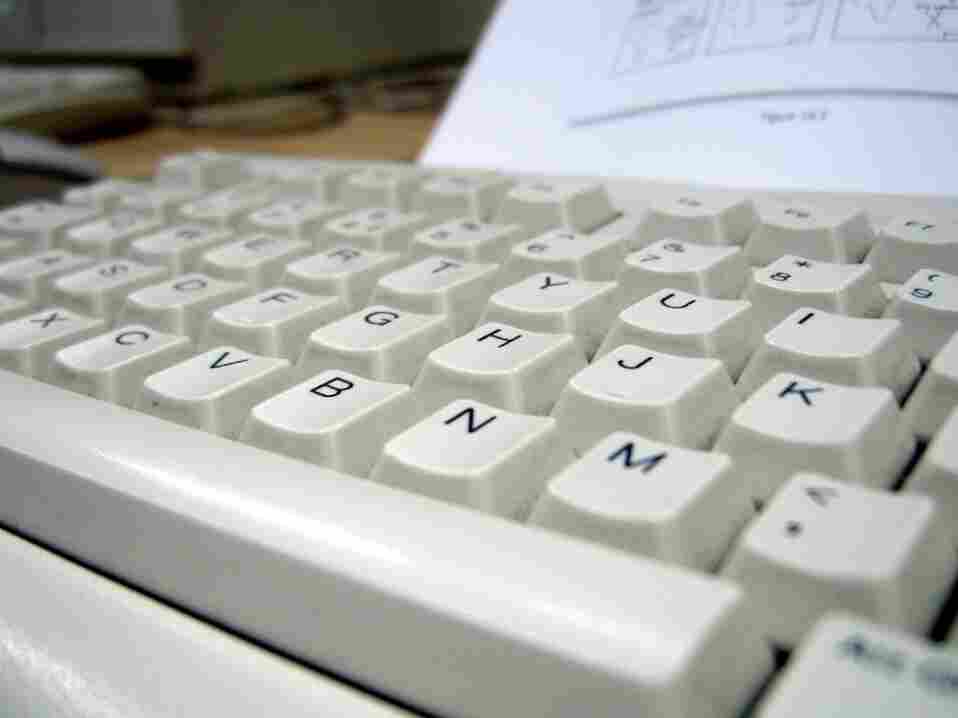 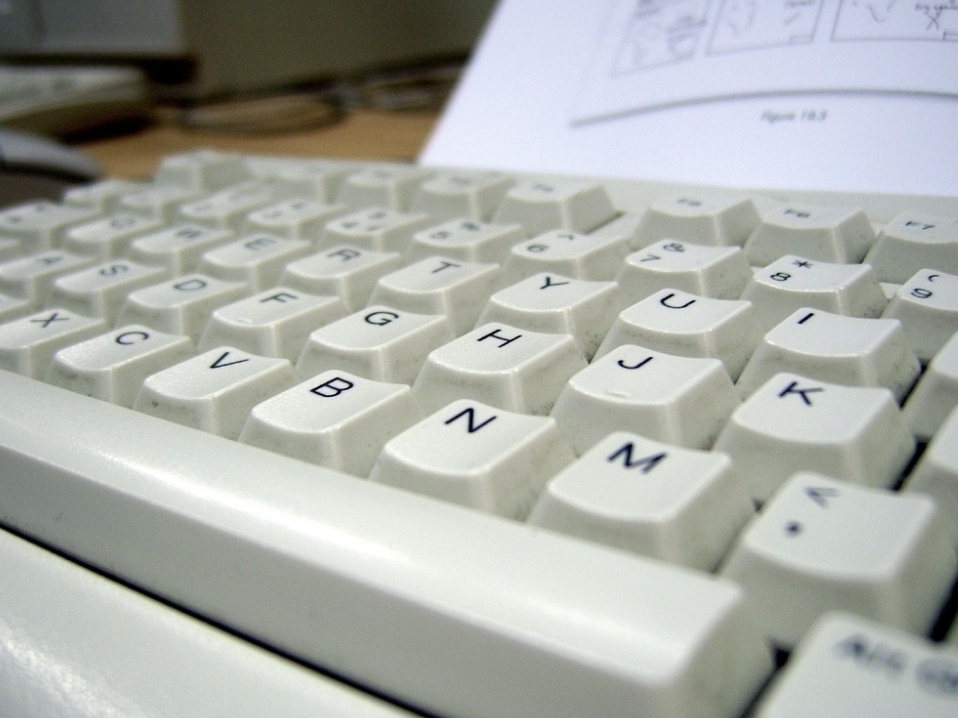 Don't you just want to bang on that space bar? TWICE?

I'm a former musician -- and I was, as I'm sure everyone will be shocked to find, a rather physical player.  One teacher I was very fond of, Roman Totenberg (that's right, proud papa of our legal affairs correspondent), used to put his hand on my head to stop me from moving around.  I am, in fact, a bit of a jerky, jumpy, emotive person anyway, and that same jerk and jump applies to everything I do, including writing.  On a computer.

And how does one emote while writing?  Well, I chat to myself (sorry, colleagues!), and then, there is that incredibly satisfying little moment -- the DOUBLE SPACE.  You know, that one after the period that I was taught to do since the days of Apple II E!?  The one I'm using right now even though it is no longer NPR policy? THAT ONE.  It is so satisfying!  A little "bang bang!" at the end of every sentence.  An awesome bit of punctuation, when you can't use an exclamation point.  Thump thump!  I just did it again!

Forgive me, I had no idea it was wrong.  But Slate's Farhad Manjoo, in a screed against all I love, has shown me the error of my space bar thumping ways.

Every modern typographer agrees on the one-space rule. It's one of the canonical rules of the profession, in the same way that waiters know that the salad fork goes to the left of the dinner fork and fashion designers know to put men's shirt buttons on the right and women's on the left. Every major style guide—including the Modern Language Association Style Manual and the Chicago Manual of Style—prescribes a single space after a period. (The Publications Manual of the American Psychological Association, used widely in the social sciences, allows for two spaces in draft manuscripts but recommends one space in published work.) Most ordinary people would know the one-space rule, too, if it weren't for a quirk of history. In the middle of the last century, a now-outmoded technology—the manual typewriter—invaded the American workplace. To accommodate that machine's shortcomings, everyone began to type wrong. And even though we no longer use typewriters, we all still type like we do.

This shocked me.  I do not know if can possibly change at my advanced typing age, but what really makes me sad is the loss of that delightful noise at the end of each sentence.  I will try, readers, I will -- and barring failure, you are reading my last post with double spaces.  Bang BANG!