Accessibility links
February 9th Show : Blog Of The Nation In the first hour of Talk of the Nation, the political junkie, and shaken baby syndrome. In the second hour, new research on step-families, and Michael Oher's I Beat The Odds. 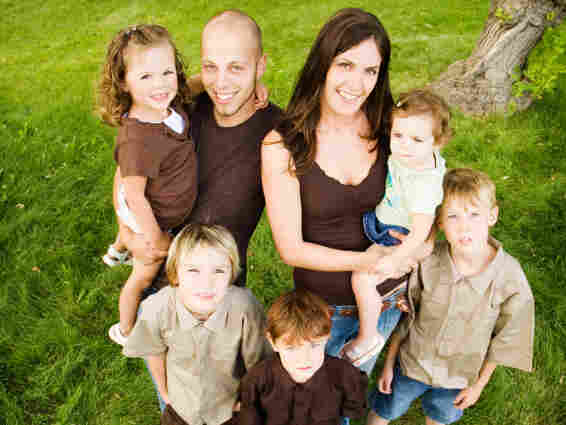 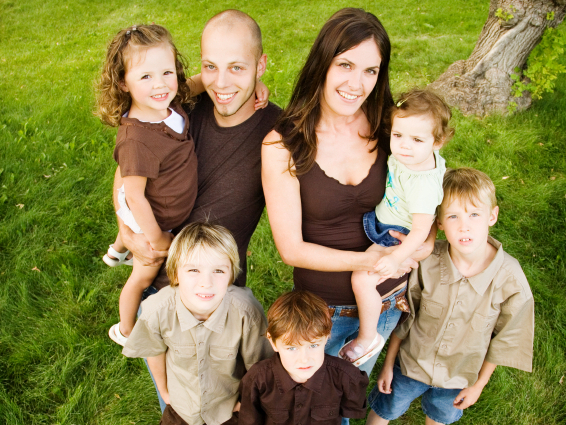 A new study shows that nearly 4-in-10 American adults have a step-family member.

The Political Junkie
For more than 25 years the Democratic Leadership Council gave voice to moderate Democrats. Now, the DLC is closing its doors and some worry what the move could mean for the future of the party. Political Junkie Ken Rudin and host Neal Conan speak with former Democratic National Committee Chair Howard Dean about the role of moderates in the Democratic party. Plus, a look at the rest of the week's political news.

Shaken Baby Syndrome
For years, cases involving shaken-baby syndrome would be quickly opened and shut. A baby who experienced subdural and retinal bleeding, along with brain swelling, was often identified as a victim of abuse, and the last person to care for the child was labeled the abuser. In last week's edition of the New York Times Magazine, senior Slate editor Emily Bazelon reports that a growing number of doctors are warning that the triad of symptoms typically associated with shaken-baby syndrome could have alternate explanations. Host Neal Conan talks with Bazelon about the new questions being raised in court and how flawed diagnoses may have put innocent people in prison.

Step-Families: Modern Brady Bunches
A new poll finds that more than 4-in-10 Americans have at least one so called "step-relative" in their family. But the term "step" still carries some heavy baggage. According to the study, second marriages and the increase in children born out of wedlock contribute to families that are in some way, blended. And it's often not easy to combine families, though sometimes the bond can be as strong as a biological one. Host Neal Conan looks at the new research on stepfamilies, and talks about the challenges of modern blended families.

I Beat The Odds
Michael Oher's journey from homelessness to football stardom has been the subject of a best-selling book, as well as an Academy Award-winning film, The Blind Side. Now he hopes to separate real-life fact from movie fiction in his own words. In his new book, I Beat The Odds: From Homelessness to The Blind Side and Beyond, the Baltimore Ravens offensive tackle retells the poignant story of his early years in the projects of Memphis, the time he spent cycling in and out of the foster care system, and how he viewed football as his ticket out of the madness. Neal Conan talks with Oher about what drove him to succeed and the lessons other children, in or out of foster care, can learn from his story.