Accessibility links
Bingo Makes Life & The Oscars Better : Blog Of The Nation Old people know it, children know it, and the ladies at the Washington Post's Celebritology blog know it. Bingo makes everything better. Celebritology's Oscar Bingo cards are a fun way to enjoy the Academy Award show. 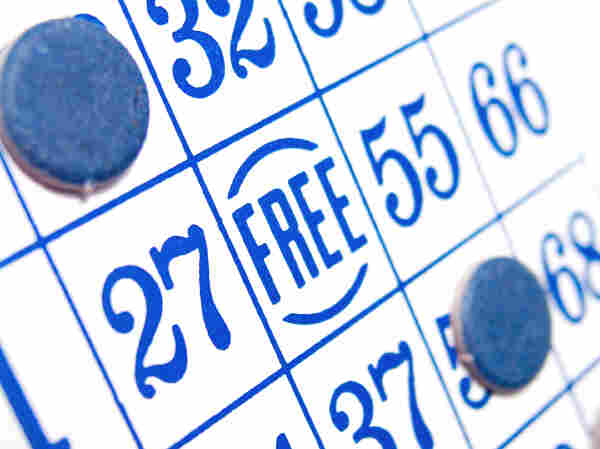 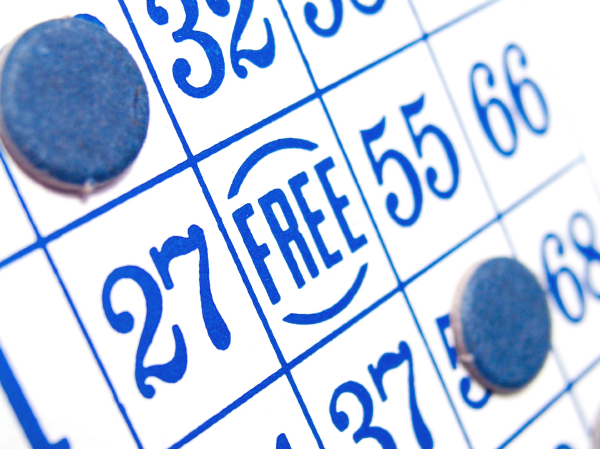 Old people know it, children know it, and the ladies at the Washington Post's Celebritology blog know it. Bingo makes everything better.

The game has been on my mind a lot lately. I've spent entirely too much time making picture-Bingo cards for my four-year-old nephew's fire-themed birthday party. (I've named it "Fire Lingo Bingo" and it's awesome.)

Bingo is a great way to enhance any time in life, especially the viewing experience of the 83rd Academy Awards. To perk up the Oscar viewing experience, Celebritology's Liz Kelly has prepared a set of Oscar Bingo cards. As the hours of awkward introductions and tearful acceptance speeches go by, keep track of the events by filling the squares with a marker of your choice.

Rather than the normal "B-2" and "O6-5," each square contains a potential Oscar show happening. Some are extremely likely ("Winner's speech cut off by orchestra"), for some, there's no telling ("Broadcast runs overtime" vs. "Broadcast finishes on time"), and others are just the very unlikely things that we really wish would happen ("Banksy tags the Oscar set").

Print 'em out and hopefully they'll enhance your Sunday evening!