Accessibility links
April 6th Show : Blog Of The Nation In the first hour of Talk of the Nation, the political junkie, and solving the debt crisis. In the second hour, poet Billy Collins on his book Horoscopes For The Dead, and the role of white men in conversations about diversity. 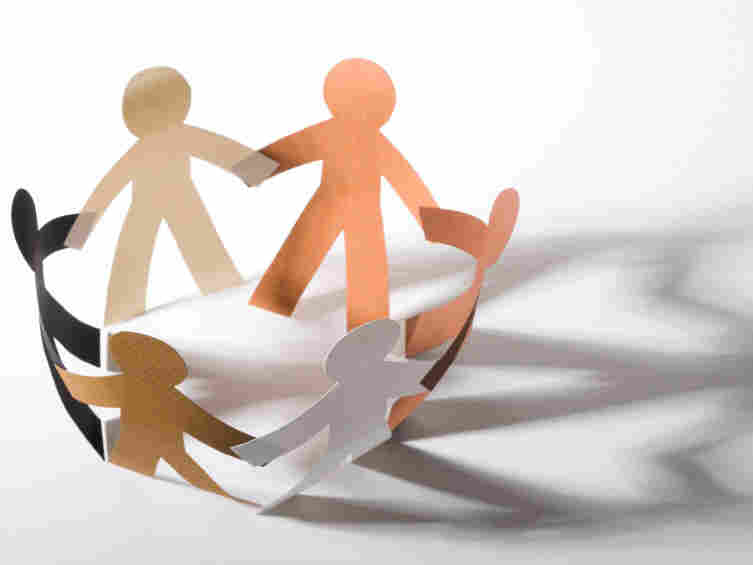 When it comes to diversity, are white men part of the problem, or part of the solution? In our second hour, Luke Visconti, founder and CEO of DiversityInc, examines that question and the important role white men play in conversations about diversity. iStockphoto.com hide caption

The Political Junkie
The clock is ticking on a possible government shutdown after leaders from both parties failed to reach a deal yesterday at the White House. The president says Republicans are playing politics; Republicans argue that the president is using smoke and mirrors instead of making real spending cuts to solve the debt crisis. Michael Gerson, a former speech writer for President George W. Bush, says President Obama has Republicans cornered on the budget. He'll join host Neal Conan and political junkie Ken Rudin to talk about who might get the blame for a shutdown. They'll also recap the week in political news, from Tim Kaine's announcement that he'll run for Senate and the shake up at the DNC, to a mayor's race in Sin City and, of course, a new trivia question.

Solving The Debt Crisis
The Republican Chairman of the House Budget Committee laid out his plan yesterday to address the long-term federal debt. All this week, host Neal Conan is hearing a variety of perspectives on how to solve the debt crisis. A day after Alison Acosta Fraser from the conservative Heritage Foundation offered her view, Robert Greenstein weighs-in. He heads the liberal Center on Budget and Policy Priorities and will outline what he sees as reasonable ways to reign in the debt.

Poet Billy Collins' Horoscopes For The Dead
Billy Collins thinks too many poets show off and write obscure verses that are inaccessible to many readers. And he should know — he's a former national poet laureate who's sold more than a million books of poetry. "The last thing I want to do/ is risk losing your confidence/ by appearing to lay it on too thick," Collins writes in his newest collection, Horoscopes For The Dead. Neal Conan speaks with Billy Collins about his work, the business of poetry and how he makes his poems accessible to any reader.

White Men And Diversity
White men tend to bring more to the table than they realize when it comes to diversity. Luke Visconti, founder and CEO of DiversityInc, argues that from religion and politics to education and geography there is a great deal of difference among white men. They play, he says, an important role in conversations about diversity. Host Neal Conan speaks with Visconti about white men and diversity — are they part of the problem or part of the solution?