Accessibility links
Music's Power In The Animal Kingdom : Blog Of The Nation The new book, The Power of Music: Pioneering Discoveries in the New Science of Song, explores many questions including: Do other species enjoy music? The Thai Elephant Orchestra and Snowball the Cockatoo offer proof that they can.

Music's Power In The Animal Kingdom

Music's Power In The Animal Kingdom 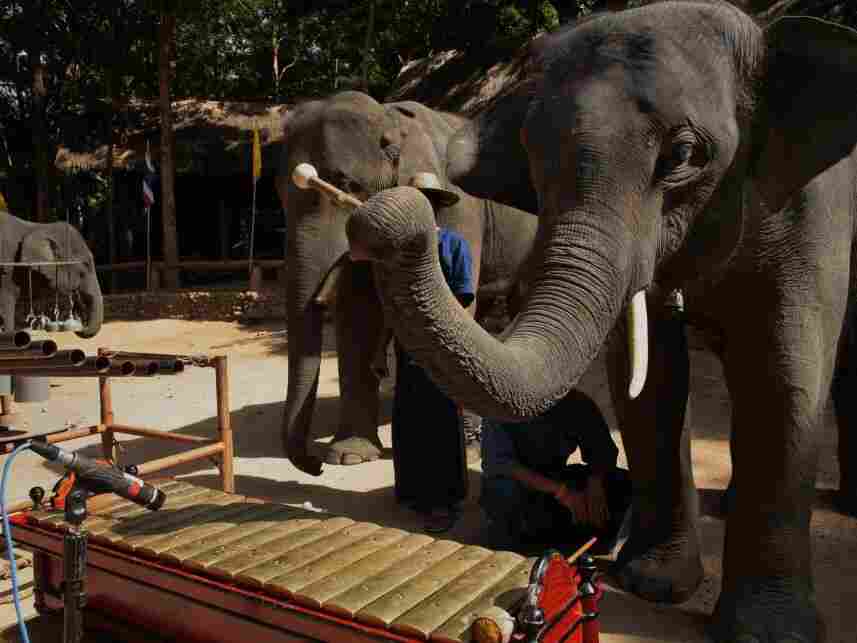 A member of the Thailand Elephant Orchestra gets ready to play just before the recording session for the group's third CD. Paula Bronstein/Getty Images hide caption 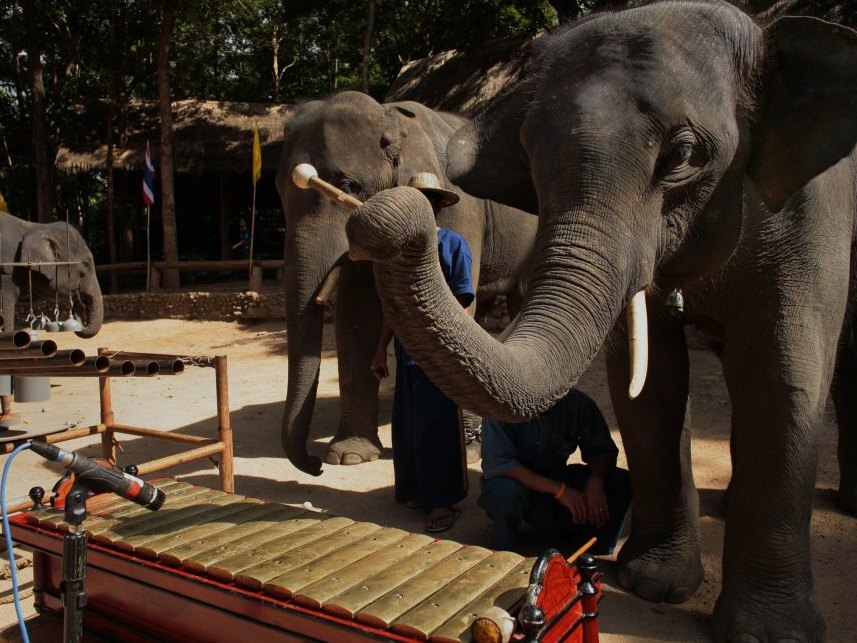 A member of the Thailand Elephant Orchestra gets ready to play just before the recording session for the group's third CD.

The Power of Music, a new book by Elena Mannes, tackles nearly every question you can muster up about the relationship between music and the brain. Why are some of us more musical than others? How does the brain react to music? Can music make us smarter?

For me, one of most interest questions that the book explores, is whether animals have an understanding of music.

This book made me a believer that animals, at least some of them, have got talent.

A musical ensemble of up to 16 elephants who perform at the Thai Elephant Conservation Center in Lampang.

I want to be in this band!

Snowball the cockatoo getting down to Stevie Nicks.

This bird does a lot of dancing and even ended up in a Taco Bell commercial.

Neurobiologist Ani Patel had the opportunity to dance with this awesome bird, and while they were cutting the rug (or the bird stand) he noticed that Snowball really wanted to stare into his eyes.

He cared that I was dancing with him and that I was looking at him. And actually, at one point I turned around ... And his owner, who was watching this experiment, said he [Snowball] just kind of stopped and looked around as if--what's happening? Why isn't this guy, you know, facing me and dancing with me?

I guess some animals can get emotional on the dance floor too.