Accessibility links
July 7th: What's On Today's Show : Blog Of The Nation In the first hour of Talk of Nation, losing the anonymous in AA, and Grammar Girl's 101 Misused Words You'll Never Confuse Again. In the second hour, keeping children's minds engaged during summer break, and an update on Afghanistan. 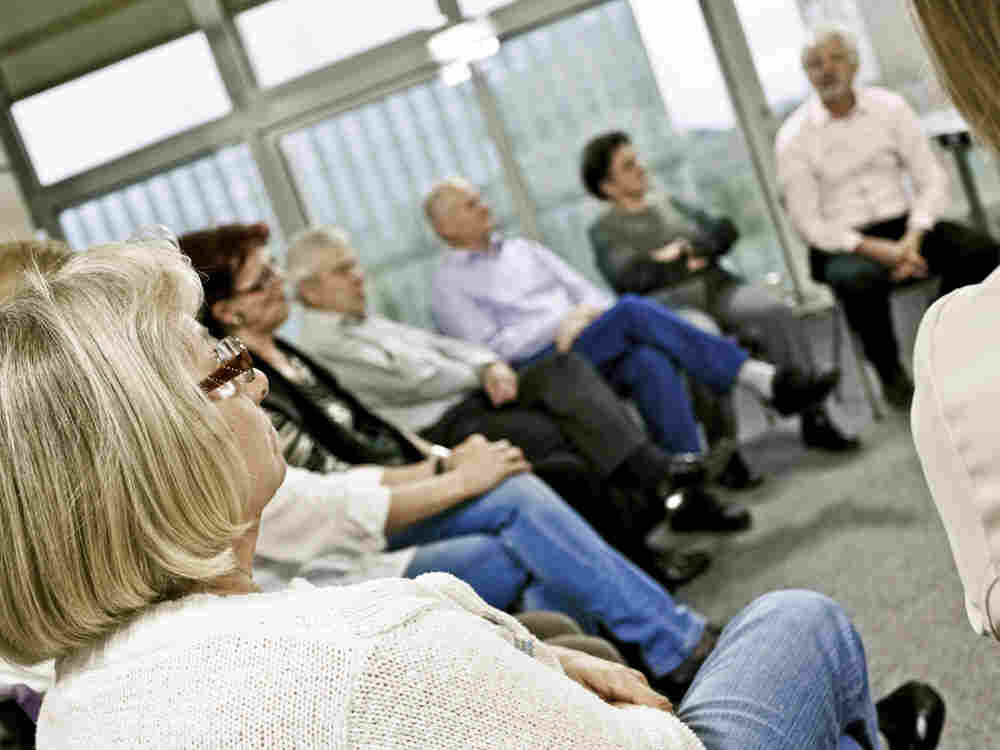 Many therapy and rehab programs have long relied on the notion of anonymity, to reduce stigma and maintain the privacy of those recovering from addiction or mental illness. But today, more people are challenging the value of remaining anonymous about their illness, and their treatment. iStockphoto.com hide caption

Losing The Anonymous In AA
Many twelve-step programs encourage participants to maintain personal anonymity. But in recent years, many participants are challenging that notion. In an article for The New York Times, David Colman revealed his participation in Alcoholics Anonymous. He says there's a community of people who don't see it as a stigma anymore, including public figures. Yet others insist on the importance of privacy, arguing it's essential to reach those still suffering from addiction and illnesses. Neal Conan talks with Colman and Marsha Linehan of the University of Washington about the value of anonymity for those in rehab and suffering from mental illnesses.

Grammar Girl
It's very easy to forget when to use "compliment" and "complement" or to be confused by the infamous dilemma of when to use "affect" or "effect." Host Neal Conan talks with author and Grammar Girl Mignon Fogarty about her latest book, "Grammar Girl's 101 Misused Words You'll Never Confuse Again." Fogarty highlights some of the most common words and word pairs like fewer versus less and further versus farther, and gives examples to help you remember the difference.

Summertime Learning Loss
School's out, and many kids have traded their school books for swim suits. Studies show that students, especially those from lower-income families, lose months of reading and math skills during the summer and this loss of knowledge adds up. A study by Johns Hopkins University in 2007 found that the cumulative effect of summer learning loss during elementary years accounts for two-thirds of the achievement gap between lower-income and more affluent students by the ninth grade. Host Neal Conan talks with Ron Fairchild, founder of the Smarter Learning Group, and Jessica Cunningham, Chief Academic Officer for KIPP DC Schools, which has extended school days and a mandatory 3-week summer school, about how to keep children intellectually engaged all year long.

Afghanistan
The U.S. military is winding down it's ten year war in Afghanistan. President Barack Obama recently announced 10,000 troops will come home by year's end. NPR Pentagon correspondent Tom Bowman recently embedded in Afghanistan, asking military personnel about their time overseas, and what to expect back home. In this segment Bowman joins host Neal Conan for an update on the war and a recap of Bowman's series, Who Serves.