Accessibility links
In Pro Tennis, USA No Longer On Top? : Blog Of The Nation The 2011 U.S. Open is underway, and few American contenders are to be found on the courts. Although the Williams sisters tend to dominate on the women's side, the last stateside player to win the men's tournament was in 2003. This has many critics pondering the state of American tennis

In Pro Tennis, USA No Longer On Top?

In Pro Tennis, USA No Longer On Top? 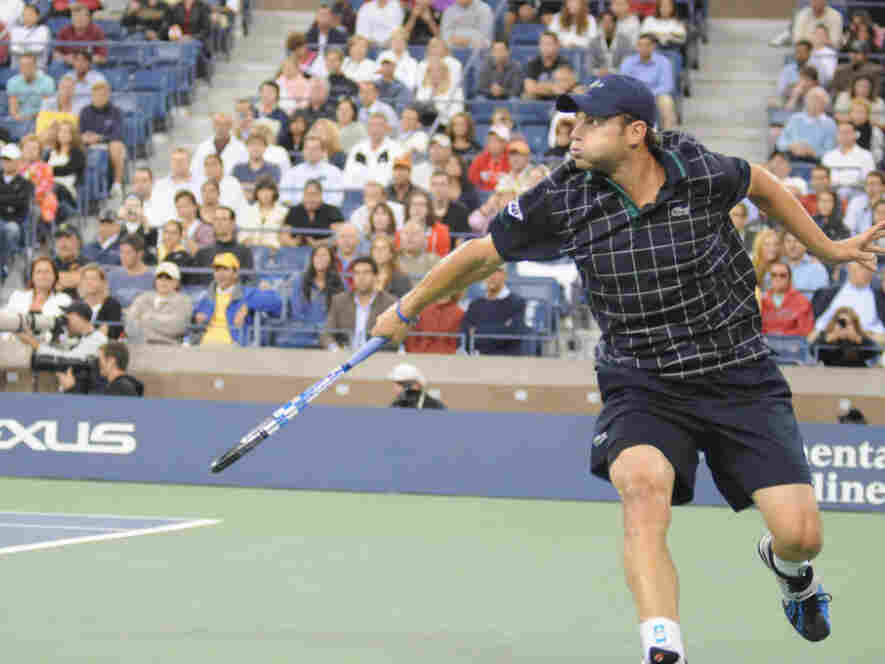 Andy Roddick races across the court to return a volley at the 2009 U.S. Open. Roddick was the last U.S. Open men's singles champion from America — which was in 2003 Edwin Martinez1/flickr hide caption 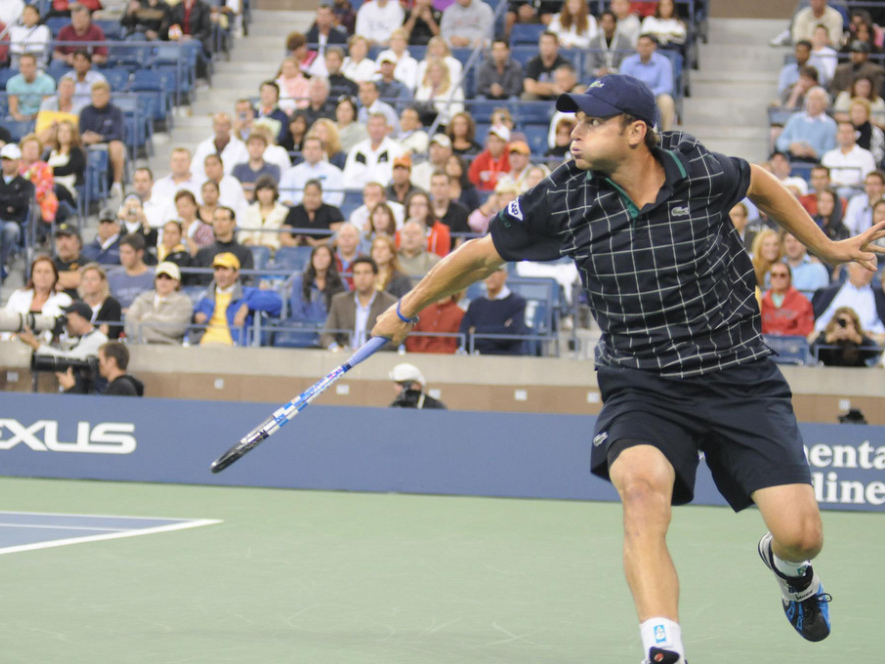 Andy Roddick races across the court to return a volley at the 2009 U.S. Open. Roddick was the last U.S. Open men's singles champion from America — which was in 2003

At least that's what the critics are telling us. In the past week or so I've seen a handful of articles popping up on the state of pro tennis in the United States — specifically the men's game. (Note: most critics are referring to the singles tournaments.)

What are they saying? Well, it's more like what are they asking: where have all the (commanding) Americans gone?

Now, I don't consider myself an avid professional tennis watcher. But I do try to catch the Grand Slams on TV (Australian Open, French Open, Wimbledon, and the U.S. Open) when I can. And even if you only catch bits while channel surfing or leave it on in the background, you'll typically see players like Nadal, Federer, and Djokovic — all Europeans, mind you — fight until the last volley and come out on top.

I know what you're thinking: the U.S. female players — the Williams sisters, specifically — always seem to take the cake (well, when they aren't plagued by injury, that is). And even going back to the men's side, Andy Roddick is still a contender; Mardy Fish is rising in the ranks.

Yet as I prepare to trek up to Flushing Meadows to watch the U.S. Open for the first time this weekend, I can't help but dwell on the chatter of uncertainty in the tennis world.

Going back to Roddick and Fish for a minute, in a recent interview on Weekend Edition, host Scott Simon asked ESPN.com senior writer Howard Bryant if Americans seem to have the upper hand at a tourney on their home court:

Well, Mardy Fish beat Nadal in Cincinnati in the tune-up last week. And you're right, this is not going to be the kind of tournament where you've got a Jimmy Connors or Sampras, or someone like that to be there to give the crowd a great surprise - or an Agassi who makes a great run. Or even Andy Roddick in 2003 who won the open.

Ok, so at this point, the bigger question seems to be why these men's singles players won't be as great as their counterparts. Andre Agassi, winner of the 1994 and 1999 U.S. Open, told GQ it's partly the nature of the game for certain countries to be on top, and partly due to different playing styles:

We're coming off of some generations that left us relatively spoiled ... When it comes to surfaces, I think those growing up on the slower clay—not only do their games translate better across other surfaces, but I think you learn the layers of the game more uniquely. You learn how to, and when to, start a point over, and the structure of a point, and the shot selection is more refined growing up on clay. It used to be that people who played well on the hard courts, as Americans do, could translate better to other surfaces. Now it's completely the opposite: if you don't grow up on the dirt, you're at a disadvantage.

In Slate, Eliot Spitzer (yes, the former New York Governor and former co-host of CNN's In the Arena) takes an international angle, seeing the decline of American men's tennis as "a metaphor for America's long-term struggle."

The real import of the decline of American men's tennis is that it vividly demonstrates the most significant change in the world over the past 20 years: globalization. For 50 years after the end of World War II, we were the only nation that had the rule of law, liberal democracy, market-based competition, intellectual capital, traditional capital, skilled labor, and a middle-class consumer base. As these critical inputs to prosperity have spread around the world, amounting to an enormous victory for the ideology we have espoused, the playing field—or rather, the tennis court—has gotten a bit more crowded. It is not just in the realms of cars, airplanes, computers, fashion, and political leadership, that globalization has led to Tom Friedman's flat world or Fareed Zakaria's "rise of the rest." It is in women's soccer, swimming, basketball, and tennis.

So, what will it take to get the U.S.-of-A back on track to winning Grand Slams in the coming years? John McEnroe, four-time winner of the Open, featured in the same GQ article Q&A as Agassi, shared his two cents: When it comes to training the next wave of players, he argues, you can't fight fire with fire:

We haven't done a very good job with this all-or-nothing approach to training young people. I think it can be detrimental to a lot of kids, where they sorta live and breath it too young. In many cases, American kids are burned out early. I benefitted from living quote-unquote a pretty normal life and playing other sports and not focusing on tennis entirely at such a young age. These are the type of things I think we need to be doing more of in the States.

Going into the weekend, eight Americans are still in the running at the U.S. Open. If that's not enough reassurance for you on the home front, well, the Australian Open is a mere four months away.