Accessibility links
Master Palindromist: Way Beyond 'Madam, I'm Adam' : Blog Of The Nation Barry Duncan calls himself a "master palindromist," and he has created an entire set of terminology and rules for the language tricks. And boy, does he go far, far beyond "a man, a plan, a canal, panama." 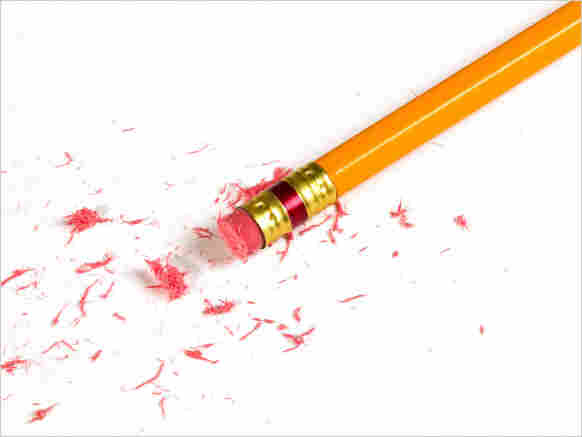 I remember when, as a child, I first latched on to the magic that is "a man, a plan, a canal, panama." I was sitting at the table when my Dad, who liked to play word games with us at dinner, dropped that particular palindrome on my elementary-school-aged head. When I realized what I was dealing with — an entire phrase that read the same both ways — it blew my mind. For the next week or two I ran strings of simple words over and over in my head, and tried to spot them in signs and books. But soon the mini-mania passed as I moved onto something else. Anagrams, probably.

Barry Duncan never did that. When he discovered palindromes, that was it for him. He calls himself a "master palindromist," and he has created an entire set of terminology and rules for the language tricks. And boy, does he go far, far beyond the man and his plan.

Duncan, per Gregory Kornbluh's piece in The Believer, creates not just long palindromes — think, Twitter limit-length — which Duncan calls, simply, "long." Nor does he stop at what he calls "epic" palindromes, which top out around 100 words. No, he's even conceived of "mega" palindromes, which number in the thousands of characters. Quite simply, he's the master.

"I always say to people, the easiest thing in the world to do is write a palindrome. The hardest thing to do is write a palindrome on a particular subject," Duncan told Kornbluh. You can see one of his mega palindromes, a commissioned ode to an environmental boutique through the characters of two Senators (seriously!) here. It's an incredible, mind bending experience just to read it. But to write it? "In composing it," writes Kornbluh, "Duncan had as many as six legal pads going at once, and the ninety-some crowded pages of notes he kept look like the sort of scribblings you might find in someone's case file."

Given the choice, Duncan notes, he wouldn't necessarily choose "master palindromist" for his nice in life. "I would like to excel at something that's more genuinely literary, probably," he says. "But that's not to say that I'm not pleased with palindrome-writing."