Accessibility links
What Borders Left Behind : Blog Of The Nation It's been about two weeks since most of the remaining 400 Borders bookstores closed. Communities have lost a gathering place and a resource, and almost 11,000 people lost their jobs. In the final days, some former employees opened up about the frustrations of the job.

What Borders Left Behind

What Borders Left Behind 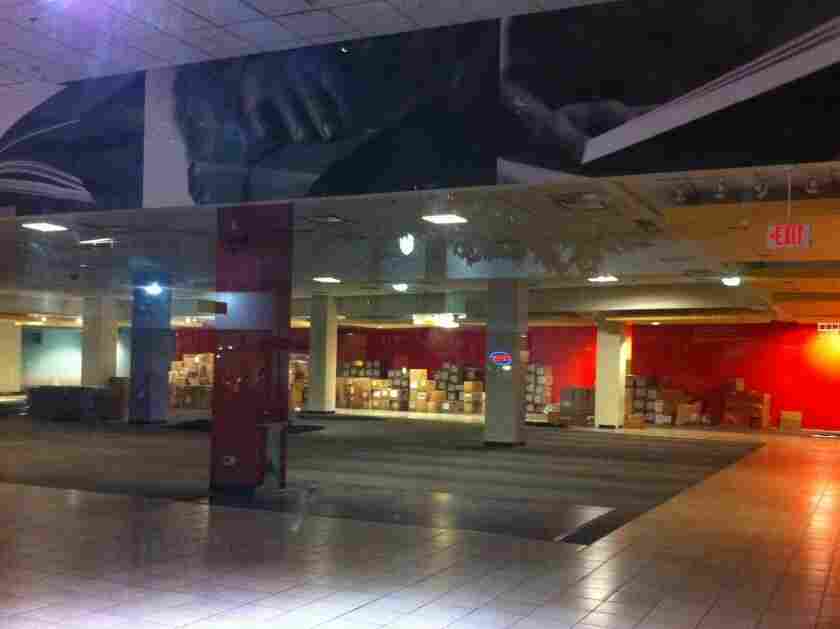 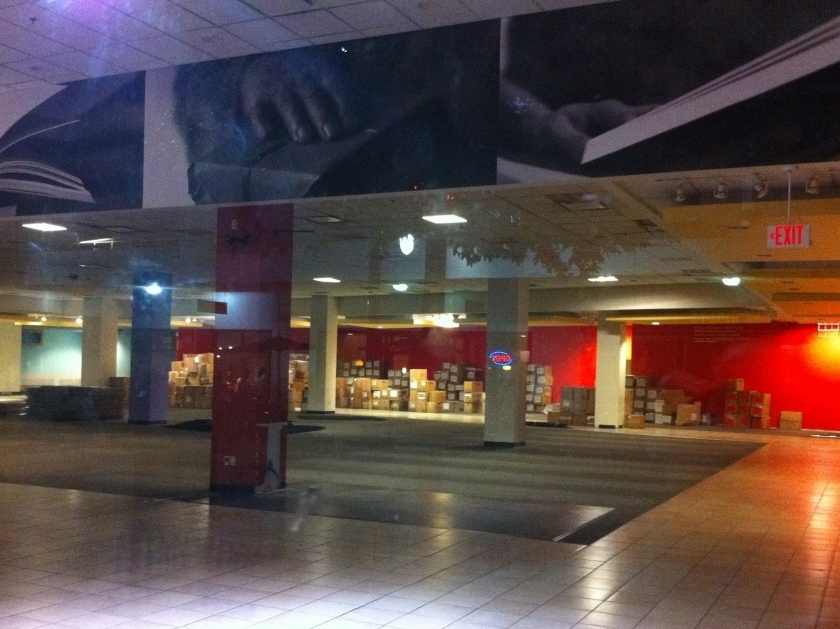 Once full of books, shelves, workers and readers, this Borders in Silver Spring, Md., is now just a grand empty space.

Last weekend, I walked past the space that used to house the Borders of downtown Silver Spring, Md. I grew up in that area (that is sometimes referred to, unfortunately, as Silver Sprung) and watched as it went from being just another road to a bustling hangout for teens, a spot for date nights and shopping trips. It grew outward from a center strip grounded on a movie theater, a Starbucks and a Borders.

It's been about two weeks since most of the remaining 400 Borders bookstores closed. Communities have lost a gathering place and a resource and almost 11,000 employees lost their jobs. One of these employees, left behind an amazing list of 16 gripes that's been circulating around quite a bit.

Here are my favorites from the list titled, "Things We Never Told You: Ode to a Bookstore Death":

There's a livejournal where employees fired off other complaints and shared stories in the final days. Someone posted a "Report from the Frontline" that talked about the liquidation process:

Our Liquidator still expects us to keep up displays--better sales numbers for him. At first it was really hard to even pretend to care, but now its something to do as the thing that ate up most of my time in the store (customer service) is completely moot.

Someone commented on that post, advising everyone "to not 'lose yourself' in a daily routine that only has 3-5 weeks left in it." It's not just about having to find another job. Working at a bookstore is a unique retail experience with lots of its own quirks. Now that a major big-box store is out of the picture, it's hard not to wonder how long the rest will survive.

As I peered through the window of the space once known as Borders, I was shocked at its size. I never realized how massive it was until it was cleared out-- stripped of the shelves, tables, merchandise racks filled with pretty journals and CDs, seating areas, and of course the employees, customers and books. It's weirder than the final days when the shelves were completely bare. Now, there are no shelves.

Only a pile of boxes in the very back of the store remains. As you look through the window, you can see the reflection of the "Open" sign from the restaurant across the street, the other business carrying on as usual. Some of the lights are still on. I wonder who's paying the bill.