Accessibility links
February 23rd: What's On Today's Show : Blog Of The Nation In the first hour of Talk of the Nation, gay marriage and the black church, and favorite Hollywood films that deal with Hollywood. In the second hour, NPR's Tamara Keith on her "Road Back to Work" series, and Wim Wenders talks about his Oscar nominated documentary, Pina. 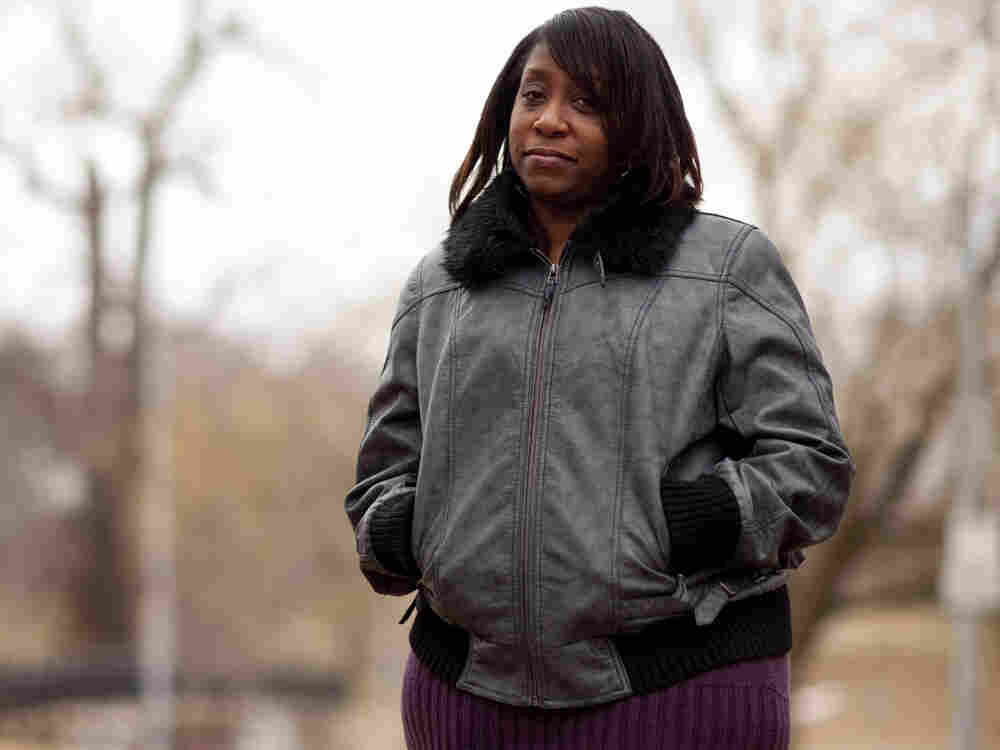 Casaundra Bronner, 39, of Hazelwood, Mo., worked in marketing before being laid off in March 2010 from Anheuser-Busch. Whitney Curtis /NPR hide caption

Gay Marriage And Black Churches
The Maryland Senate debates a bill this week that could legalize same-sex marriage. The measure has cleared the House and is expected to pass the Senate. A vast majority of the black clergy in Maryland oppose the measure, arguing that same-sex marriage conflicts with the teachings of the Bible. But some pastors have spoken out in support of the bill, in an effort to encourage discussion about gay rights in the church. Neal Conan talks with Reverend Delman Coates and Bishop Harry Jackson about how the issue of same-sex marriage is discussed in black churches.

Favorite Hollywood On Hollywood Films
Few places celebrate or criticize themselves better than Hollywood. From the luxurious life of red carpet success to the seedy and sometimes unfortunate underside of backdoor deals and faded glory, Hollywood has always had a unique way of making films that depict life in Tinseltown. Neal Conan speaks with our favorite film buff Murray Horwtiz about the Hollywood films that deal with the glitz, glamour, and harsh realities of Hollywood.

Where Are You On The Road Back To Work?
More than a year ago, six unemployed people in St. Louis began recording audio diaries for a year-long NPR series called "The Road Back to Work." NPR reporter Tamara Keith chronicled their trials in finding work. More than a year later, each of the six of the people is now employed, although none is happy. Some work full time without health insurance. Others are working part time. Nearly all are working for less money than they made before they lost their jobs. Host Neal Conan will speak with Keith and Casaundra Bronner. Bronner recorded her road back to work, from marketing manager at Anheuser-Busch to marketing at an event planning firm full time, with no health insurance.

Oscar Docs: 'Pina'
When Wim Wenders first saw a dance performance choreographed by Pina Bausch, he cried in awe. When the two met, they promised to make a project together to document her work. Almost 25 years later, and two days before shooting began, Pina Bausch died suddenly from lung cancer, diagnosed just a week earlier. After a period of mourning and much prodding, Wim Wenders decided to make Pina, a documentary in 3D, as a tribute to Bausch. The film is nominated for this year's Academy Award for Best Documentary Feature. Host Neal Conan talks to Wenders about making the first 3D art house film and bringing audiences closer to Bausch's intriguing works.