It's Flickr Pix Monday, Do You Know Where Your Dahlias Are?

It's Flickr Pix Monday, Do You Know Where Your Dahlias Are?

So let's start off this deliciously wet Monday (at least here in Oregon) with the Talking Plants Flickr Pix of the Week... 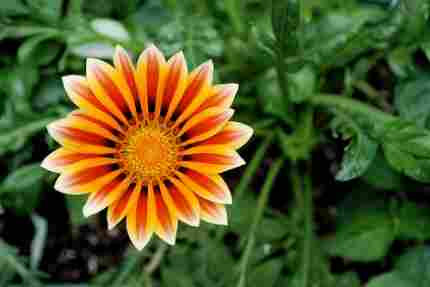 This week's photographer is Steve Garfield, who shot right down into the kisser of a pinwheeled dahlia. At least that's my best guess what the flower is, based on its foliage. Any dissent in the ranks? photo credit: Steve Garfield hide caption 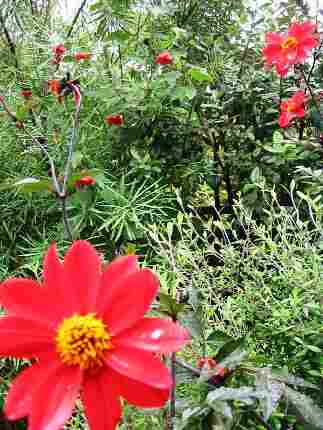 Good idea to get your flower in focus if you're going to submit to the Talking Plants Flickr Pix. (Clearly, I have no business being in the club.) photo credit: Ketzel Levine, NPR hide caption

And speaking of dahlias, there is none finer (nor more ubiquitous) than the red alarm in a dark night that is the dark-foliaged dahlia, 'Bishop of Llandaff'. Here's a quick shot just scored from the dripping front garden.

Meanwhile, amidst this jumble of August growth you might see the red flowers from a flowering shrub known as Abutilon in the background, left.

Care to offer your fellow gardeners your favorite dahlia picks with pix?