Accessibility links
When The Going Gets Tough, Botanize! : Talking Plants Blog A lot of the people in my life had very unusual holidays. Certainly the economy had something to do with it, as did the weather, and a sad variety of different illnesses.

When The Going Gets Tough, Botanize!

Plants in the Wild

When The Going Gets Tough, Botanize!

A lot of the people in my life had very unusual holidays. Certainly the economy had something to do with it, as did the weather, and a sad variety of different illnesses.

Mine have been a bit "off" as well, but nothing that a little botanizing won't cure. So I'm headed to the Osa Peninsula in Costa Rica to lose myself (one hopes not literally) in the wilds of Corcovado National Park. I've never been that far south in the country but I've now reserved a hammock with my name on it.

And now for something completely different... 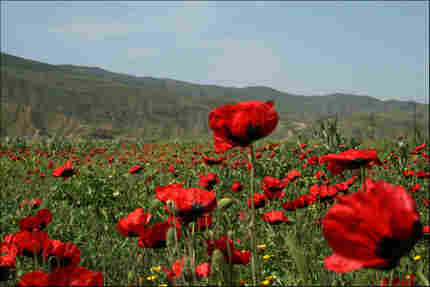 No need to alert the DEA, this is a field of wild poppies rioting in Turkey. The photographer who recently stood among them, Behzad Rahmati, would like to extend an invitation for people to come see the wildflowers in his country, too: Iran. photo credit: Behzad Rahmati hide caption

For years now, I've had a hankering to botanize in Turkey and see the ancestral home of tulips, crocus, iris and who knows how many other genera that evolved in that part of the world. Lo and behold, this looks like the year I'm going to get there.

It's all due to a woman named Holly Chase, an NPR listener who heard I was laid off and immediately deluged me with ideas for recreating myself.

And while I can't say I'm ready for a major overhaul, one of Holly's ideas is now a reality. Turns out she's been organizing tours to Turkey for several decades, and guess who'll be leading the next botanical one in April?