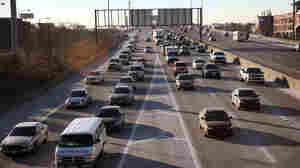 Motorists navigate the morning rush hour in Chicago. Ford and other major automakers hope to install technology in cars that enables vehicles to communicate with one another to avoid crashes. Scott Olson/Getty Images hide caption

January 31, 2011 • Ford is working with other major automakers to turn vehicle-to-vehicle communications technology into a basic safety feature of every car. The wireless technology sounds an alarm to alert drivers if they or another car pose a threat on the road. 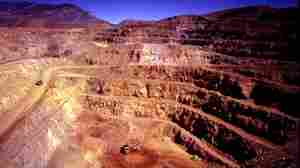 The open pit mine at Molycorp Minerals' rare earths mining and processing facility in Mountain Pass, Calif. The mine is expected to produce 40,000 tons of rare earth minerals each year after a $500 million expansion project. Courtesy of Molycorp Minerals hide caption

January 31, 2011 • China has cut its exports of rare earth minerals, used in cell phones, hybrid cars and computers. This has sent the price of rare earths soaring, making it profitable for the U.S. to compete with China in mining. A long-shuttered California mine has reopened and is expected to produce 40,000 tons of rare earths each year.

January 30, 2011 • The systems have the potential to let Haitians receive remittances from abroad, send cash to relatives across the country, buy groceries or pay for a bus ride with a few taps of their fingers.

The Role Of New And Old Media In Egypt

January 28, 2011 • Adel Iskandar, an instructor at Georgetown University's Center for Contemporary Arab Studies, speaks to host Michele Norris about the protests in Egypt and the role of social media.

The Role Of New And Old Media In Egypt

January 28, 2011 • The advent of the sampler in the '80s brought a long tradition of musical borrowing into the digital age. Today, "sampling," or repurposing a snippet of another artist's music, is mainstream. Is sampling theft, or is copyright law making creativity a crime?

January 28, 2011 • A new camera may make finding and sampling blood spots easier for crime scene investigators. Chemist Stephen Morgan describes a thermal infrared camera developed by researchers at the University of South Carolina that can spot blood spatter not visible to the naked eye.

January 28, 2011 • Tunisian and Egyptian political activists used Facebook and Twitter to organize protests and publicize breaking news. Harvard's Jillian York discusses the use of social media platforms for digital activism, and cases in which governments have blocked the services or compromised user privacy.

January 28, 2011 • Sites like Bit.ly, which provide a service to users by shortening URLs, also get something in return — users' browsing preferences. Bit.ly's Hilary Mason talks about the services sites hope to provide by collecting such data, and the trade-off of less privacy for a more customized online experience.

January 28, 2011 • A solar panel manufacturer's decision to move its factory to China means the loss of 800 jobs in Massachusetts. The state gave the company many incentives. But officials say the federal government needs to play a stronger role in keeping manufacturing jobs in the U.S.

January 27, 2011 • In November, technology reporter Omar Gallaga began reviewing iPad apps for children. Since then, he and his 3-year-old daughter have become hooked. They've plowed through more than 50 apps, and they've discovered a whole new world of content for kids. 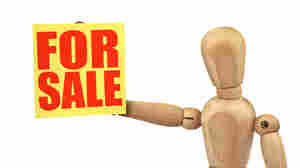 For Sale On the Web: You!

January 27, 2011 • In the digital age, writes commentator Dave Pell, it seems all we do is sell ourselves. Look how great my marriage is! Or my awesome workout! But this is leaving us overwhelmed.

Five Arrested In U.K. For 'Anonymous' Attacks In Support Of WikiLeaks

January 27, 2011 • They're suspects in the "denial of service" attacks on the websites of MasterCard, eBay and other companies.

January 26, 2011 • A team of U.S. and European researchers using the Hubble Space Telescope have captured infrared images of a blurry object they believe to be the oldest galaxy seen by man. 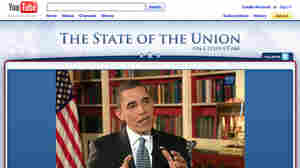 In this screen capture, President Obama is seen live on the White House YouTube channel answering video and text questions on Feb. 1, 2010, after last year's State of the Union. AP hide caption

President No Longer Leads The Pack On Social Media

January 26, 2011 • The Obama social media operation was a juggernaut during the 2008 campaign. But two years later, Republicans have caught up. Now the White House has renewed its social media push with outreach on Twitter and YouTube following the State of the Union address.

Obama No Longer Leads The Pack On Social Media 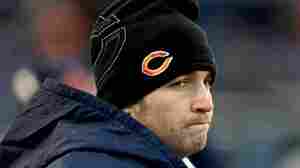 January 26, 2011 • While Chicago Bears quarterback Jay Cutler sat on the sidelines of last weekend's championship game with an injured knee, his peers were blasting him in Twitter messages that essentially called him a quitter. The hurtful tweets have set off a debate about sportsmanship in the digital age.