November 30, 2012 • The floppy brown hat belonged to Bridget Hughes' late mother, who wore it during cancer treatment. Hughes lost it at the Phoenix airport this week, and asked friends on Facebook to help her find it. Her post has been shared over 100,000 times.

November 30, 2012 • The Senate Judiciary Committee voted Thursday to make it a little harder for police to read people's old emails. It's something privacy groups and tech companies have wanted for years, but law enforcement groups are less pleased. 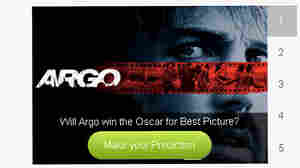 Ireland-based Intrade lets users bet money on all manner of predictions — like if a particular film will win an Oscar. The site is ceasing operations in the U.S. NPR/Intrade screen grab hide caption

A Bet Or A Prediction? Intrade's Purpose Is Debated

November 29, 2012 • The "prediction market" site Intrade's decision to close in the U.S. highlights how the company exists in a regulatory gray area, somewhere between trading and betting. Intrade says it hopes to operate legally in the U.S. eventually. In the meantime, American users must close their accounts by year's end.

A Bet Or A Prediction? Intrade's Purpose Is Debated 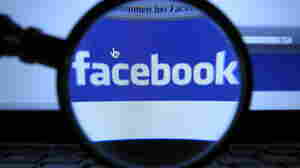 November 29, 2012 • Facebook has a long history of upsetting its users by suddenly announcing a change to its privacy settings. In 2009, as a way to quiet the critics, Facebook set up a system for its customers to vote on changes. If enough of them were unhappy, the company would back down. Now, Facebook wants to get rid of the voting.

November 29, 2012 • The Senate Judiciary Committee approved legislation to make old emails a little more private on Thursday. The legislation also applies to old Facebook posts, Google documents and anything else you might be hiding online behind a password. 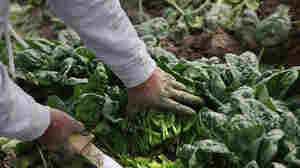 Spinach has lots of opportunities to pick up E. coli and other bugs during harvest and growing. Here, a Mexican migrant worker cuts organic spinach during the fall harvest at Grant Family Farms in Wellington, Co. John Moore/Getty Images hide caption

Key To E. Coli-Free Spinach May Be An Ultrasonic Spa Treatment

November 29, 2012 • A new way to clean spinach combines an old technique and a new one to get the disease-causing bacteria. But there aren't any commercial orders for the ultrasonic spinach spa just yet. 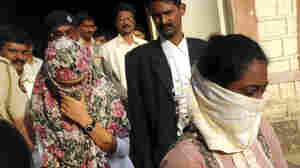 Shaheen Dhada (left) and Renu Srinivasan leave court in Mumbai on Nov. 19. Dhada was arrested for a Facebook post questioning the shutdown of Mumbai for the funeral of a powerful politician; Srinivasan was arrested for "liking" the post. AP hide caption

November 29, 2012 • A 21-year-old was arrested after she questioned the shutdown of Mumbai for the funeral of a controversial political leader; her friend was arrested for simply "liking" the post. The comment angered the politician's supporters, who some say intimidated police into making the arrests. 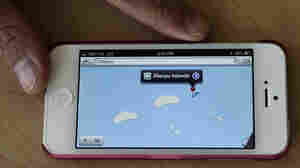 Apple's new iPhone 5 may have been criticised for its glitch-ridden new maps program, but it may have inadvertently provided a diplomatic solution to China and Japan's ongoing row over disputed islands. When a user searches for the Tokyo-controlled Senkaku islands in the East China Sea, claimed by Beijing under the name Diaoyu, two sets of the islands appear alongside each other. AFP/Getty Images hide caption

November 27, 2012 • Apple issued a public apology over its maps application and had already fired an executive over the bungling of the software. This time it was the manager who oversaw the project who was pushed out. 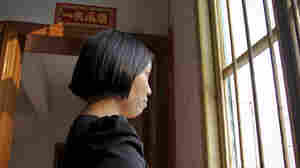 Authorities in Hunan province sentenced Tang Hui to 18 months in a re-education-through-labor camp after she repeatedly complained about the way police investigated the case of her daughter's kidnapping and forced prostitution. An uproar on Weibo, China's answer to Twitter, pushed authorities to free Tang days later. Frank Langfitt/NPR hide caption

November 27, 2012 • Weibo, China's equivalent of Twitter, is changing the way the Chinese communicate and has become a major source of news. Its more than 300 million users are, among other things, using it to criticize government policies, stop official injustice and help ordinary people — but only up to a point. 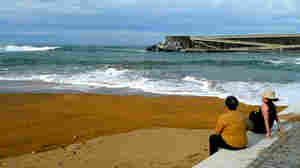 November 26, 2012 • The Bay of Biscay, off Spain's northern coast, is notorious for its huge surf, which has claimed countless lives in shipwrecks over the centuries. Now Spanish engineers have found a way to harness the power of those big waves to produce electricity. 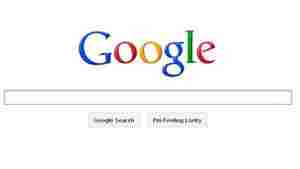 November 26, 2012 • A fake press release about a $400 million purchase sent one company's penny stock up sharply. News outlets that reported the story missed some telltale signs that it might be a hoax.

November 22, 2012 • Long lines and huge crowds can make holiday shopping stressful. But more people are turning to smart phones and tablets to ease the pain with apps that let you scan bar codes and compare prices on the fly. Guest host Celeste Headlee speaks with NPR's Senior Business Editor Marilyn Geewax about the mobile shopping revolution.

November 22, 2012 • Gadgets are always popular choices as holiday presents. Linda Wertheimer talks to regular technology commentator Rich Jaroslovsky, of Bloomberg News, about the gadgets he likes. Tops on the list are a Lytro camera, Zik wireless headphones, and a Saeco coffee machine.

As more teens get mobile devices, parents are using apps to track their every tweet and post. iStockphoto.com hide caption

November 21, 2012 • A new industry of apps is helping parents stay one step ahead of their kids online, monitoring every post, photo and text they send or receive. Some argue this is necessary parental oversight in the modern digital age. Others say it sends the wrong message to kids and can backfire.