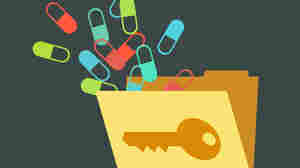 February 27, 2015 • Since 2009, a federal watchdog has levied only 22 penalties against health care organizations for failing to safeguard information about patients. 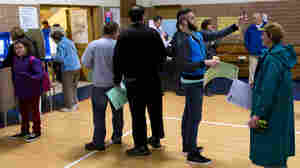 A man takes a "selfie" while waiting in line to cast his vote in the Wisconsin gubernatorial race in November. Darren Hauck/Getty Images hide caption

'Ballot Selfies' Clash With The Sanctity Of Secret Polling

February 27, 2015 • New Hampshire is the first state to outlaw voting booth selfies. Some call the ban unconstitutional and are challenging it in court. Others argue selfies compromise privacy and enable voter coercion.

'Ballot Selfies' Clash With The Sanctity Of Secret Polling 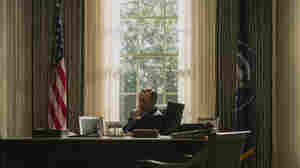 This Season On 'House Of Cards,' It's Tough To Be The Boss

This Season On 'House Of Cards,' It's Tough To Be The Boss 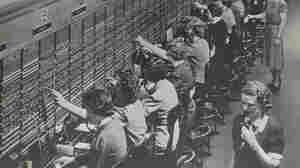 February 27, 2015 • The new FCC rules require service providers to be a neutral gateway to the Internet. The move has precedent in the 1930s, when regulators enacted "common carrier" rules on phone service companies.

February 26, 2015 • The Federal Communications Commission voted along party lines — 3 to 2 — to approve new net neutrality rules that would regulate access to the Internet more like a public utility. 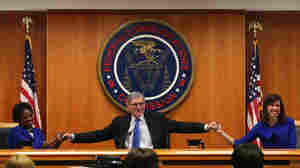 February 26, 2015 • The FCC approved the policy known as net neutrality by a 3-2 vote, with FCC Chairman Tom Wheeler saying the agency will ensure that no entity "should control free open access to the Internet." 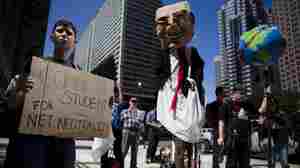 Protesters demonstrate in favor of net neutrality across the street from the Comcast Center in Philadelphia. Matt Rourke/AP hide caption

February 26, 2015 • The Federal Communications Commission is set to vote on whether to reclassify the Internet as a utility. If it votes yes, the commission will not allow Internet service providers to throttle traffic. 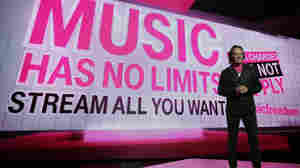 T-Mobile CEO John Legere pitches a plan that allows unlimited music streaming without additional data charges. Some net neutrality proponents want the FCC to limit plans like these; the commission says it will review them on a case-by-case basis. Ted S. Warren/AP hide caption

February 25, 2015 • The FCC votes Thursday on rules that would make Internet providers treat all traffic equally. Big wireless companies say that will make it harder to keep their networks from getting too congested. 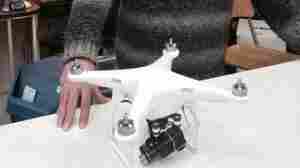 A drone is displayed Wednesday at Paris store Azur Modelisme. Law enforcement officials in the city are concerned about recent unexplained drone fly-bys of high-security sites, including the Eiffel Tower and the U.S. embassy. Eleanor Beardsley/NPR hide caption

February 25, 2015 • Small drones have been seen flying illegally above high-security landmarks in Paris recently. Officials say they don't pose much risk, but the city is still on edge after the Charlie Hebdo attack. 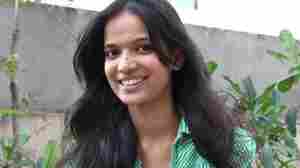 Upasana Kone's husband works at Microsoft on an H-1B tech visa, but her spouse visa does not include a work permit. The Obama administration has announced a possible rule change to allow some spouses to get a job. Upasana Kone hide caption

February 25, 2015 • This week, spouses of high-tech foreign workers got some good news. The federal government will begin offering them work permits. 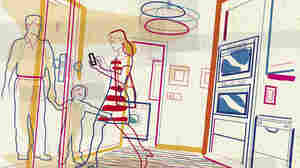 February 25, 2015 • The ultimate smart-home vision is a home that basically runs itself, from coffee makers to washing machines. But we're not there yet: The real world is a hard place for little computers to operate in. 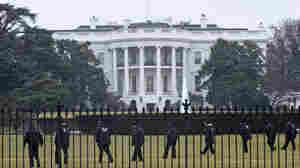 Secret Service officers search the White House grounds on Jan. 26 after an unmanned aerial drone was found there during the middle of the night. Susan Walsh/AP hide caption

February 25, 2015 • The decision to test drones over the nation's capital comes shortly after an unmanned aircraft landed on the White House lawn.

February 25, 2015 • Seeking to raise its high-tech profile, the tiny country of Luxembourg looks to Turkey for startup pitches. Turks are trying to make a mark in the international high-tech community.

February 25, 2015 • Renee Montagne talks to Jordan Robertson of Bloomberg News about computer maker Lenovo, which allowed controversial spyware to be embedded onto the operating systems of laptops sold in the U.S. 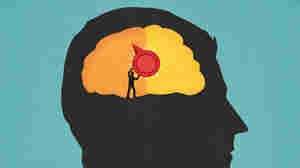 With the technology to conduct more nuanced tests, some companies say they can provide more useful detail about how people think in dynamic situations. Marcus Butt/Getty Images/Ikon Images hide caption

February 25, 2015 • Some companies are using surveys or brain games to assess what kind of workers candidates are. Employers say the tests can help reduce turnover and surface talent recruiters might otherwise overlook.