May 31, 2012 • The unmanned Dragon capsule sent up by SpaceX came down pretty much on target in the Pacific Ocean on Thursday. The landing marks the end of a completely successful mission — and the beginning of a new era of private spaceflight. 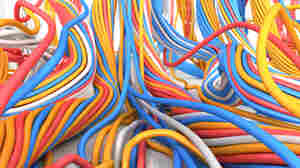 May 31, 2012 • What does the Internet look like? Journalist Andrew Blum decided to find out. His new book, Tubes, is a journey into the Internet's physical infrastructure — where our data is stored and transmitted.

May 31, 2012 • The unemployment rate is 8.1 percent, but the underemployment rate — that's people who work part time but want full-time work — is much higher. For many people, making ends meet means cobbling together temporary jobs. And, of course, there are some apps for that.

May 31, 2012 • In Seattle alone, there are thousands of computer-related jobs waiting to be filled. But at the University of Washington, the number of bachelor's degrees in computer science is the same now as it was more than a decade ago. A lot of students have been rebuffed in their effort to major in computer science or computer engineering.

May 30, 2012 • A new cyber-spying program called Flame has been spreading across the Middle East. A Russian security company called Kaspersky Labs discovered the virus. Some experts believe Flame was developed by the makers of the virus Stuxnet. 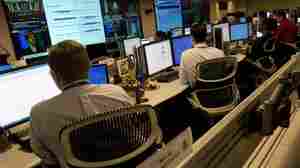 May 29, 2012 • An oversight board designed to protect privacy rights by making sure the government doesn't overstep its bounds has been authorized for years. But politics seems to be getting in the way of launching the panel.

May 29, 2012 • The latest entrant in the arsenal of advanced cyber packages deployed by governments or corporations for use against their adversaries is a piece of malicious software dubbed "Flame." The malware contains a wide variety of espionage tools, including a feature that activates the internal microphone in personal computers and enables the user to monitor a target's conversation. In terms of sophistication, Flame has been compared to the Stuxnet worm, which can physically destroy industrial equipment. But experts say Flame is not a cyber weapon and its emergence as another espionage tool is not without precedent. 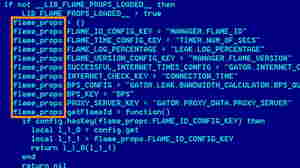 An undated screen grab, released by the Kaspersky Lab, showing some of the programming behind Flame. AFP/Getty Images hide caption

May 29, 2012 • Word from the antivirus experts at Kaspersky Lab that "we've found what might be the most sophisticated cyber weapon yet unleashed," and that this Flame spyware is targeting Iran and some places in the Middle East, is getting lots of attention.

How Firms Can Recover From High-Tech Stumbles

May 29, 2012 • Bloomberg News technology columnist Rich Jaroslovsky talks to David Greene about what happens when good gadgets go bad. Whether it's failed hardware or software, how a company handles a botched release has become increasingly important.

How Firms Can Recover From High-Tech Stumbles 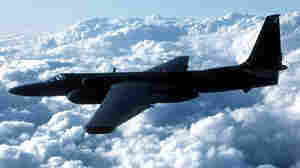 The Air Force's U-2 spy plane first took flight in August 1955 and has been in commission ever since. USAF/Getty Images hide caption

May 28, 2012 • In the early days of the Cold War, the U-2 spy plane helped the U.S. collect intelligence on the Soviet Union. More than a half-century later, not only is the U-2 still in commission, but it's also successfully competing against the more expensive, remotely piloted Global Hawk. 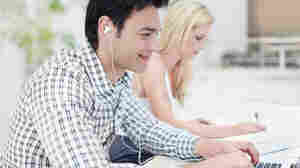 As headphones and earbuds become common in the workplace, sometimes even co-workers sitting next to each other are communicating online. iStockphoto.com hide caption

As Headphones Invade The Office, Are We Lonelier?

May 28, 2012 • Headphones have become common in the workplace, allowing people to tune out their co-workers. But in many cases, those same co-workers are still communicating — online. Critics say technology is letting us hide from one another, but in one case study workers who posted on an internal company blog actually increased productivity.

As Headphones Invade The Office, Are We Lonelier? 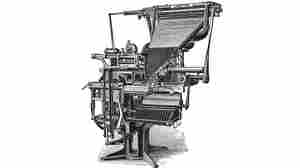 Long Before The Internet, The Linotype Sped Up The News

May 28, 2012 • In 1886, Ottmar Mergenthaler invented a machine that could create an entire line of type at once. It was called the linotype and it revolutionized the way we communicate.

Long Before The Internet, The Linotype Sped Up The News 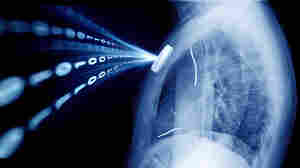 May 28, 2012 • Heart implants supply doctors with data that can tell them a lot about a patient's health. But that information isn't directly available to patients. Now some patients are on a mission to get faster access to information about their hearts. 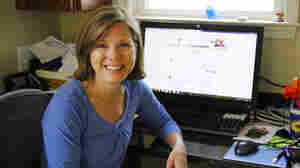 Katherine Leon says she spends up to 12 hours a day online interacting with others who share her rare heart condition. Emily Bogle/NPR hide caption

Patients Find Each Other Online To Jump-Start Medical Research

May 28, 2012 • Through their Facebook pages, chat rooms and message boards, patients are recruiting each other to participate in medical research in a kind of virtual word-of-mouth. Patient-initiated research is especially appealing to people with rare diseases whom researchers can't easily find.

Patients Find Each Other Online To Jump-Start Medical Research