Accessibility links
Disaster Photography: When Does It Cross The Line? : Tell Me More Is this another form of exploitation of third-world people, particularly people of color?

Disaster Photography: When Does It Cross The Line?

Disaster Photography: When Does It Cross The Line? 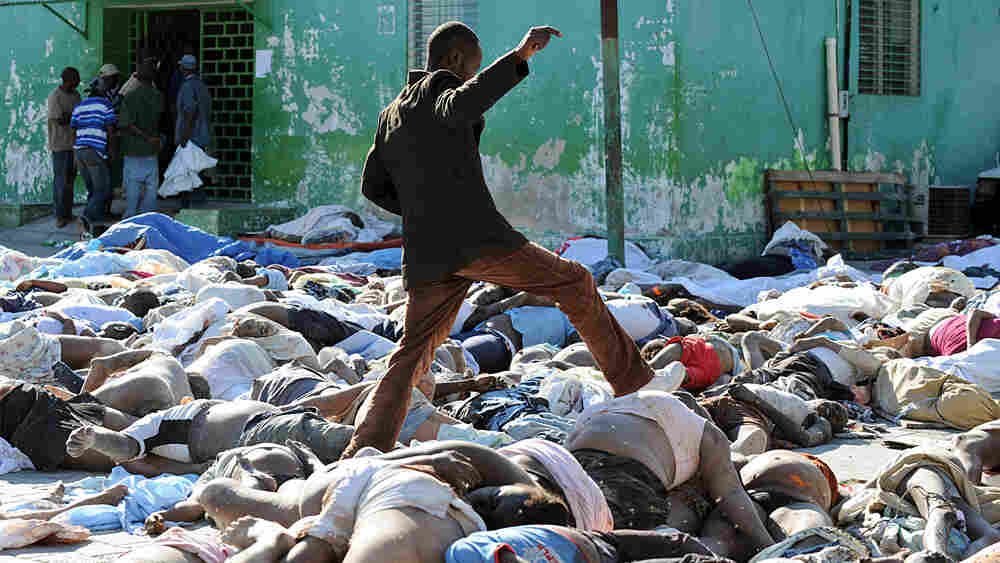 The above photo of a Haitian man walking through a make-shift morgue in the aftermath of last week's earthquake is being criticized by some as bordering sensationalism. Juan Barreto/AFP/Getty Images hide caption 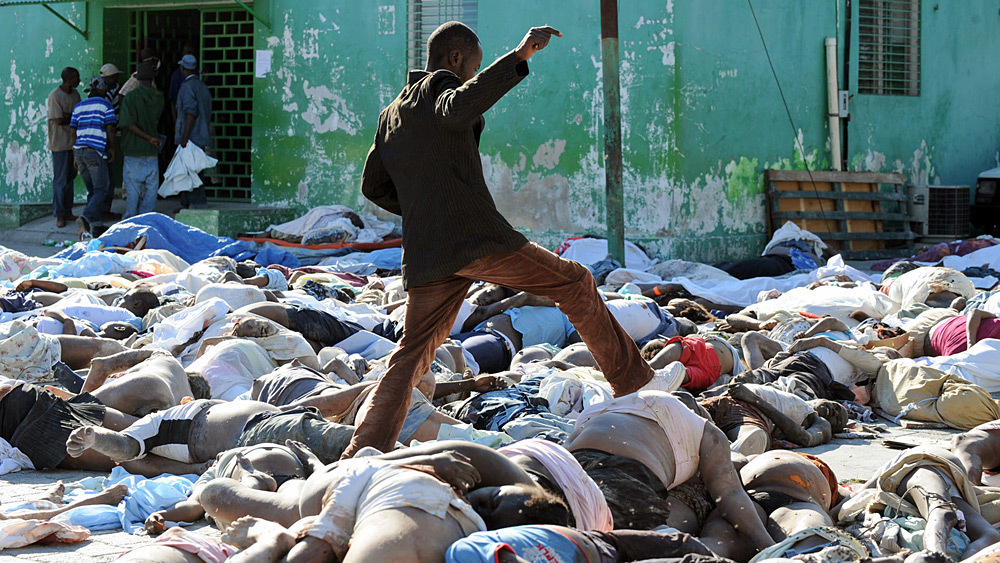 The above photo of a Haitian man walking through a make-shift morgue in the aftermath of last week's earthquake is being criticized by some as bordering sensationalism.

In the past week, Americans have been bombarded by images of the horror that is life in Haiti following a devastating 7.0 earthquake.

I've heard a lot of legitimate concerns about the non-stop broadcast of some of these chilling images. When does news coverage cross the line from informative to sensationalist? Is this another form of exploitation of third-world people, particularly people of color?

The endless pictures and videos of the disaster are made possible by the 24-hour news cycle, and the advent of camera phones, twitter, etc. Maybe 20 years ago, the barrage of images of corpses and wailing human beings with amputated limbs would have been a shocker, but today we watch them with our morning coffee, or over dinner.

Perhaps because this event comes at the cusp of the growing culture of "gore pornography," exemplified by movies such as Saw and Hostel. That cultural phenomenon made a leap from the big screen to the little screen during Hurricane Katrina, where again, we were exposed to 24 hours of non-stop human misery.

But there is a positive aspect to the shocking images that are coming out of Haiti. It's a far away place, and had it not been for their broadcast, we might not have grasped the extent of the devastation. Hearing or reading that "there was a devastating earthquake in Haiti" doesn't have nearly the impact of seeing it. By nature we are visual beings.

I've met many people who have told me they never donated money to a cause before, but the images coming out of Haiti have motivated them to do just that.

While the images tell us a lot, they don't tell us everything. Getting wrapped up in the goose bump-inducing videos-on-a-loop of what is happening in Haiti can distract from the real, equally goose bump-inducing story of what led to that reality: Haiti suffered a natural disaster, but like a sick man that crumbles under a blow that a healthy man would endure, Haiti's total collapse comes out of decades (if not centuries) of repressive, corrupt government and disastrous foreign intervention. The imagery of immediate horror do not fully capture the fact that this tragedy was decades in the making.

At the same time, we should give American audiences some credit. Yes, the images are there, available 24 hours a day, but not everyone has given in to the non-stop voyeurism. Even if you wanted to, who has time? And surely, many in the American public have used that wonderful little thing called the "off button" (which we in media also tend to forget about). And most Americans appreciate the difference between horror flicks and a terrible reality. The fascination might be similar, but the actions -- and donations -- the Haiti images inspire are ultimately what matters ... right?

What are your thoughts? Tell us more ...