Accessibility links
Sex And (Another) City ... For Brown Girls : Tell Me More Tell Me More Producer Alicia Montgomery says she's found a circle of girlfriends she can relate to.

Sex And (Another) City ... For Brown Girls

Sex And (Another) City ... For Brown Girls 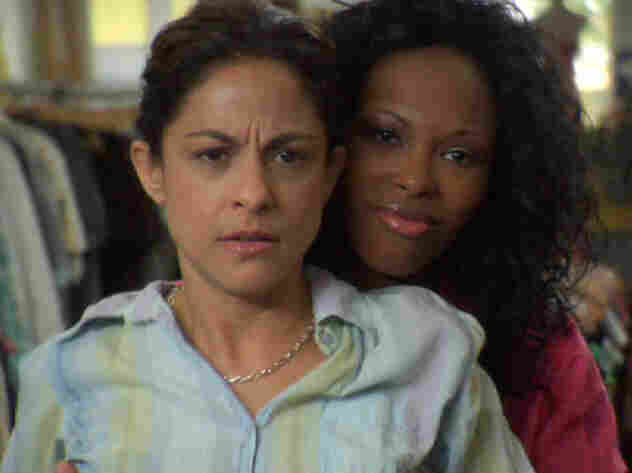 Robin Dalea, left, and Nikki Brown star as characters Rasha and Vanna in the Web series ''The Real Girls Guide to Everything Else'. Off-Chance Productions hide caption

I was so happy to discover "The Real Girl's Guide to Everything Else" online. The web series is -- as one of the characters calls it -- "'Sex and the City' for brown girls.'"

Like the original "Sex," this show features a circle of girlfriends -- Angie, Rasha, Sydney and Vanna -- living in style in the big city. But unlike Carrie Bradshaw and company, the city is Los Angeles.

Another big difference is that the friends are not all white, all straight, or inexplicably rich. That diversity influences the plot without dictating it. That all sounds noble, but -- as you can see in the trailer -- it's also darn funny:

The first season of "Real Girl's" focuses on the character Rasha, played by Robin Dalea. She's a freelance journalist who has had her dream project -- a book on the plight of women in Afghanistan -- stalled because her agent says no one will buy it. Instead, Rasha is charged with writing a Middle Eastern "chick lit" book, one that will add regional flavor to a story of vacuous shopoholics looking for Mr. Right.

Rasha is not interested, and not really prepared to pen that story. As a gay woman engaged to her longtime girlfriend, Rasha can't identify with the quest for Mr. Right. And -- as an anti-girlie girl -- she's alternately horrified and baffled by the rituals of shoe shopping, cocktail sipping, and bikini waxing that seem to go along with that search. But because a payoff from the chick lit novel could fund her Afghanistan book, Rasha dives into that world ... with a little help from her friends.

Our guest host Tony Cox watched every one of the six episodes, and led a lively conversation with the central actors in the series -- Executive Producer Carmen Elena Mitchell, who plays Angie; Robin Dalea, who stars as Rasha; Reena Dutt, whose character is Sydney; and Nikki Brown as Vanna.

Right now, the series is funding itself public radio style: raising money from fans and family. But I hope that a move from online to basic cable is in its future.