Accessibility links
A Digital Revolution In The Palm Of Your Hand : Tell Me More Guest blogger Latoya Peterson explores the growing use of mobile technology by blacks and Latinos as part of the series, Tell Me Mobile.

A Digital Revolution In The Palm Of Your Hand

A Digital Revolution In The Palm Of Your Hand 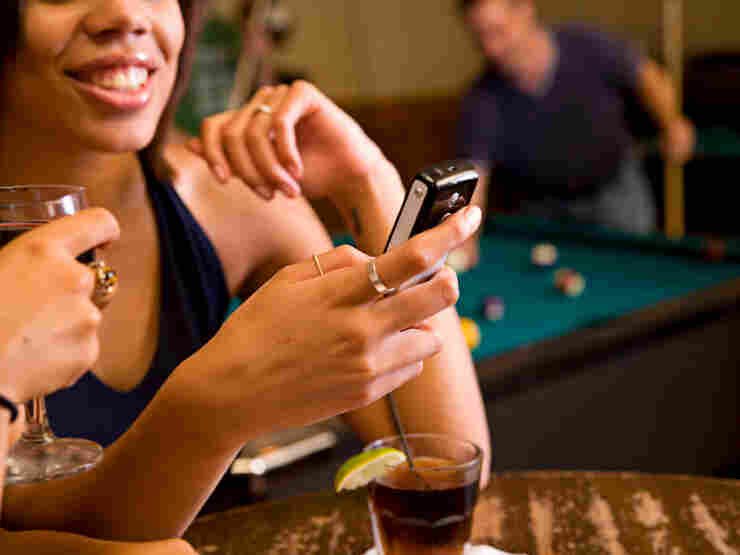 Since Barack Obama began stumping for the White House, he has made closing the digital divide a priority by promising to provide broadband access for every American. And the president has been quietly putting plans in place to funnel $795 million toward the effort to increase access, particularly in rural and urban communities. But is broadband the only way to tackle digital inequality?

Mobile phones are becoming more and more important in the digital debate, particularly in light of the emerging research from the Pew Research Center.  The report, Mobile Access 2010, revealed this underexplored conclusion:

Could mobile use be a gateway for people of color to harness more of the  broader digital world?  Both activists and advertisers believe so. Organizations like VozMob have successfully utilized mobile phones (both smartphones and their more basic phone companions) to reach different types of populations.  According to VozMob’s mission statement:

Mobile Voices (vozmob) is a platform for immigrant workers in Los Angeles to create stories about their lives and communities directly from cell phones. Vozmob helps people with limited computer access gain greater participation in the digital public sphere.

Also, earlier this year, race made technology headlines with research from the Edison Center that found African Americans were disproportionately represented on Twitter; while blacks are only 13% of the U.S. population, they represent 25% of total Twitter users. Theories about why abound, including everything from Twitter’s natural relationship with familiar platforms like text messaging, to the prevalence of black celebrities as major influencers on Twitter. It is unclear what role Twitter could play in figuring out some of the more persistent gaps in digital literacy, and more data is needed before meaningful conclusions can be drawn.

Outside of rough statistics, the full potential of mobile engagement has yet to be tapped.  However, with more and more complex technology (applications, smartphones, camera and video editing software) becoming cheaper and more readily available on mobile platforms, it is a technological revolution waiting to happen.

Latoya Peterson is a freelance writer and runs the race and pop culture blog Racialicious.