Behind the Curtain at TMM 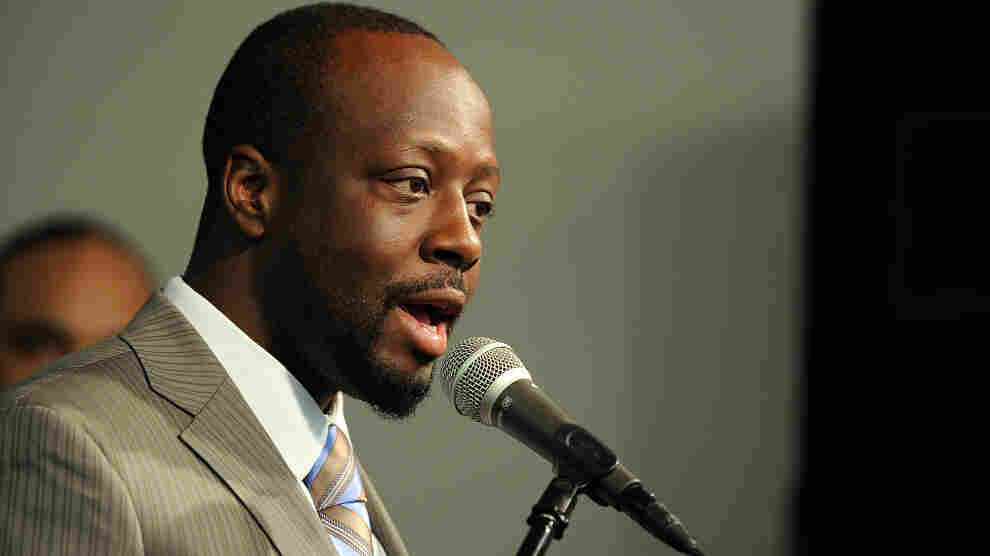 Wyclef Jean is considering a run to become Haiti's next president.

The hip-hop singer, philanthropist and former Fugees member recently told CNN that he has filed the necessary paperwork to become an official candidate. But according to a statement from the Jean camp, he has yet to declare:

At this time, Wyclef Jean has not announced his intent to run for Haitian president. If and when a decision is made, media will be alerted immediately.  Please let us know if we can help with anything else.

Is he eligible to run?

Whether Jean is qualified to lead the country is another conversation, but he might be eligible. According to the Haitian constitution (Article 135, to be exact), in order to be elected president one must:

a. Be a native-born Haitian and never have renounced Haitian nationality;

(Jean was born in Haiti. He has maintained his Haitian citizenship.)

b. Have attained 35 years of age by the election day;

c. Enjoy civil and political rights and never have been sentenced to death, personal restraint or penal servitude or the loss of civil rights for a crime of ordinary law;

(Well, there was that New York arrest for disorderly conduct in 2002. Would that qualify as "personal restraint"?)

d. Be the owner in Haiti of at least one real property and have his habitual residence in the country;

(This could be tricky. Wyclef Jean has lived primarily in the New York-New Jersey area since he was a kid. Although he owns the Haitian television network Telemax, and that could count for "real property," his "habitual residence" in the country could be up for debate.)

e. Have resided in the country for five consecutive years before the date of the elections;

(The key word here is "consecutive" years. Again, this could be tricky.)

f. Have been relieved of his responsibilities if he has been handling public funds.

(Jean runs the Yele Haiti charity, which is a nonprofit group, but he is not a public official with any budget oversight responsibilities.)

The Weight Of Star Power

And, although it's not a qualification in order to be elected, Jean does have lots of star power.

He has three Grammy Awards -- two with The Fugees (the '90s group in which he performed with fellow singer Lauryn Hill) and one for his role as a producer on the album Supernatural by Carlos Santana.

His charity Yele Haiti has come under scrutiny since the January earthquake for mismanagement of funds (an allegation he challenged in a conversation with host Michel Martin), but boasts of having made major social advancements, including helping to create more than 3,000 jobs in the impoverished nation.

Additionally, Jean is a goodwill ambassador for Haiti and has been since 2007, when he was tapped for the post by current Haitian President Rene Preval to help promote positive images of Haiti abroad.

But there's one factor, should Jean decide to officially run for the high office, which could be awkward for voters (or at least at family dinners): The singer's uncle, Raymond Joseph, is Haiti's ambassador to the U.S., and he says he's running for president.

Interestingly, Jean released this song, "If I Was President," in 2008:

I did place a call to his PR reps inviting him to discuss his political inclinations, whatever they may be. If he agrees to talk to us, we'll tell you more.