Accessibility links
The Nolan Brothers: More Hype Than Talent? : Tell Me More Guest blogger Jimi Izrael assesses the careers of Hollywood film making duo the Nolan brothers, one of whom is the mastermind behind the latest box office smash Inception. 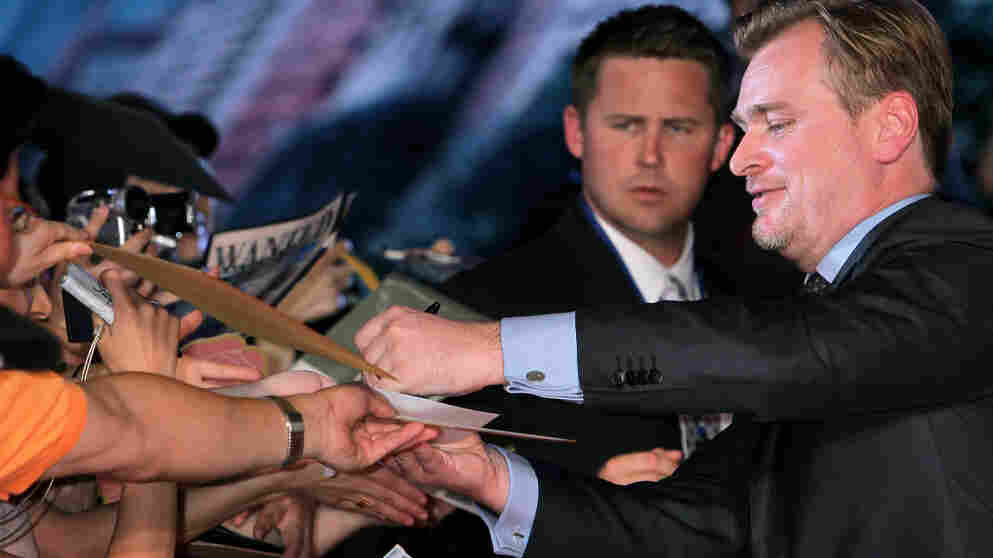 Christopher Nolan captured the imagination of the movie-going public with Inception, a movie some describe as the perfect film – some notsomuch. I just hope the Nolan Brothers don’t start to believe their own hype and stay true to the art. Christopher (the writer and director behind the summer hit) is one half of the Nolan Brothers, a duo committed to making smart films that are visually exciting. Unlike the Coen Brothers or the Wachowskis, the Nolans don’t seem to be using screen time to bully audiences with gratuitous esoterica or sketching out their inside jokes. The Nolans seem to take a Hughes Brothers approach that divides the labor of text and cinematography evenly and without compromise while holding fast to one vision. The Hughes Brothers don’t do a lot of writing and don’t direct their own scripts, but maybe they should. There’s something to be said for sustaining a vision from page to stage, and the Nolans do that with great aplomb.

From within the grind of a Hollywood system mostly concerned with dollars per screening, and rehashing old ideas for new money, the Nolans’ approach the medium with some experimental aesthetics. The story isn’t sacrificed for the sake of a cool-looking explosions. They seem to specialize in taking familiar ideas and twisting them completely, catching their audience unaware in a way that is engaging and smart. We first saw this in Memento, about a man with amnesia on the hunt for his wife’s killer. Based on a short story by brother John, Christopher’s screenplay took the detective who-done-it genre and threw it for a loop.

Working from their own screenplays, the Nolans’ style is meticulous and distinguishable. This is a neat trick that can become a gimmick, and that scares me. But the danger here is that the Nolans start reading their own press and what had been their unique stamp devolves into schlock, ala M. Night Shyamalan, whose movies sometime feel lost inside his head. Or the Wachowski’s disastrous Speed Racer, with its thin plot hopped up on computer generated imagery.

It’s great that they are in talks to re-imagine Superman , because someone has to. But I hope the Nolan Brothers’ style doesn’t become schtick. What do you think – more hype than talent? Can they sustain their vision?

Jimi Izrael is a freelance journalist for TheRoot.com, an author and a regular contributor to "Tell Me More."