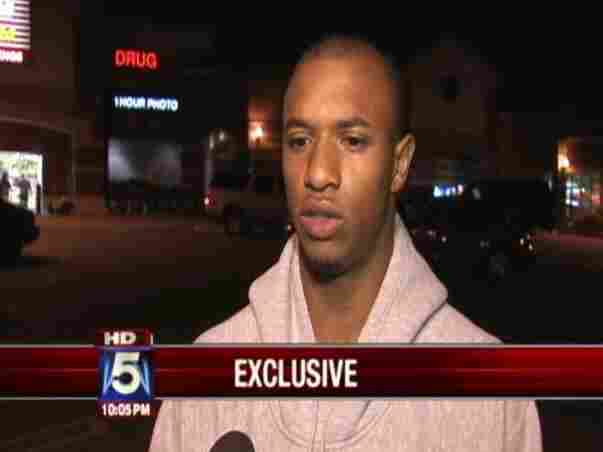 The local Fox affiliate in Atlanta, WAGA-TV, landed the "exclusive" interview after it dispatched its "Senior I-Team Reporter" Dale Russell to hunt for Parris in Colorado, where he now lives -- but the city was not disclosed.

Apparently, the feverish hunt was successful.

Parris appears in the report looking as though he has been ambushed by Russell and his determined TV crew in a grocery store parking lot.

The reporter even goes as far as to admit, "Jamal Parris didn't want to talk at first, but before he left us he had plenty to say about Bishop Eddie Long."

The tape then portrays Parris, the oldest of the accusers, delivering an emotional account of his alleged dealings with Long and he offers what is probably the most chilling description yet of the accusations at hand:

The interview has drawn a strong response and, without question, adds a textured human dimension to this story that reaches far beyond the printed words contained in Parris' 23-page legal complaint (pdf), as prepared by his Atlanta-based lawyer Brenda Joy (B.J.) Bernstein.

However, we do know, judging by the WAGA-TV package, Parris did not offer himself up to be interviewed. One might even say he was once again abused – this time emotionally -- coerced by the lights, camera, action spontaneity of it all.

After watching the local news report, I reached out to Bernstein, inviting her to comment on Tell Me More (which has been an ongoing request) to talk about this development and the overall allegations. Early on in the case, she made it clear that she was not making Parris, nor the other accusers -- Spencer LeGrande, Maurice Robinson and Anthony Flagg -- available for media interviews. And her spokesperson informed me that Bernstein was less than amused to see her client on television.

"Can you imagine them [WAGA-TV] doing this if this were a female rape victim?," her media spokesperson said.

But there's a larger question here to be raised: was the hot pursuit of the Parris interview by WAGA-TV unethical?

Now, don't get me wrong. In the spirit of full disclosure, just about every media outlet, including NPR, is actively pursuing an interview with the accusers and Bernstein, and of course Bishop Long.

But there is a fine line between pursuit and ambush. And we're wondering whether that line was crossed.

Note: I did contact WAGA-TV for a statement regarding its interview with Parris. If one is given, I'll post that statement here in this forum.