Signing Off ... It's Been A Pleasure Telling You More

Behind the Curtain at TMM

Signing Off ... It's Been A Pleasure Telling You More 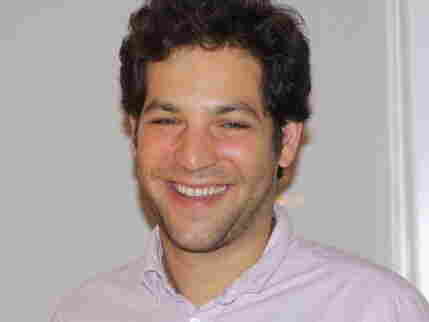 Rob Sachs has been with Tell Me More since March 2007, and with NPR since July 2000. Courtesy Rob Sachs hide caption

Rob here, the broadcast director for Tell Me More -- at least until the end of the week.

I’m leaving the program for a new position as co-host/producer of Washington, D.C. NPR member station WAMU’s Metro Connection. I’m really excited to be starting my new job in public radio, but also really proud of what I’ll be leaving behind. I was one of the original members of the staff of Tell Me More when we started more than three and a half years ago.

I remember my initial trepidation in joining a program that’s geared to an audience of color since my pale skin and blue eyes didn’t quite fit the bill of what I THOUGHT they were looking for when I applied for the job. But that all melted away after I met Michel Martin. I could tell from my first conversation with her that she got me; she understood my passion for journalism, my desire to tell stories and bring to air voices that are normally shut out, and my openness to work in places that were outside my normal comfort zone. But most importantly, she valued me and what I brought to the table as well. Real diversity means including everyone’s experiences even those of the white guy (and no, that’s not how I’m referred to on the staff).

That’s not to say things were always easy for me on Tell Me More. In the beginning, we had the burden of not only building the program from scratch but also trying something completely new. I can admit there’s been more than one occasion during staff meetings where I’ve been nodding along to a discussion not quite knowing who or what we were talking about.  But over time I’ve learned new names, new places, and have been exposed to some new cuisines as well.  (It’s a known fact that Tell Me More has the best food in the building….)  In the course of working on Tell Me More, I’ve also become more aware of how, too often, mainstream media tends to leave the minority viewpoint out of the national discussion. I’m proud to have been part of a program that helps fill in these gaps, and also helps NPR realize its own mission of truly being public.

As I leave Tell Me More I feel a great sense of gratitude -- gratitude on a personal level to Michel and the rest of the staff for making me feel welcome and part of the Tell Me More family, and gratitude on a professional level for having the privilege of being exposed to a new way of thinking about journalism, one that strives to be inclusive of the full range of voices and opinions out there.

Tell Me More has reminded me that no matter what, my voice matters. All of our voices matter. So it’s up to everyone of us to speak up and be heard.

So listen out for me world as I join Michel on the airwaves.