Accessibility links
The Best Week Ever For Black Girls : Tell Me More NPR producer Veronica Miller says it's been a great week for girls of color. Two videos -- one with a muppet, the other by a budding child star -- are circulating the web and helping young girls celebrate their beauty and individuality.

The Best Week Ever For Black Girls

The Best Week Ever For Black Girls 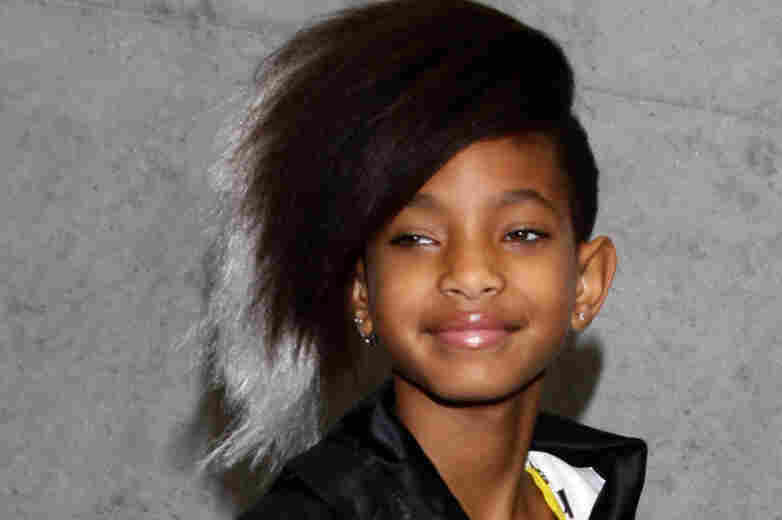 This week, a precocious and adorable 9-year-old premiered her first music video on cable television. At the same time, a two-minute clip from a classic children’s show went viral and won the hearts of many.

Between the debut of Willow Smith’s video “Whip My Hair” and the emergence of the Sesame Street song “I Love My Hair,” little black girls are having the best week ever.

It’s not often that little African-American girls are publicly celebrated for their uniqueness and beauty. Rather, a lot of us have the repeated experience of relatives, friends and strangers having not-so-positive things to say about our physical appearance. The comments tend to range from: “Your hair would be pretty if it were straight” to “You’re cute for a dark girl.” Black women have heard more than enough back-handed compliments and not-so-subtle putdowns to make us question our individual and collective beauty. Pair that with media images that appoint ethnically ambiguous, silken-haired women as the ideal, and you’ve got the making of a full-on complex.

That’s why the Sesame Street clip went viral so quickly -- it’s a simple image of a brown puppet singing in front of a blue backdrop, but with lyrics and imagery that were positive and powerful:

“Don’t need a trip to the beauty shop, ’cause I love what I got on top,” sings the puppet. “It’s curly and it’s brown and it’s right up there! You know what I love? That’s right, my hair!” She bops and dances and flails her tresses, as images of her hair change from braids to cornrows to an afro and pigtails.

Sesame Street’s head writer Joey Mazzarino told NPR that he penned the song for his adopted Ethiopian daughter, but the clip of it soon went viral through networks of black and multicultural women who finally saw a song of affirmation they felt was long overdue.

Then there’s Willow Smith. She’s the daughter of Will and Jada Pinkett-Smith, and her music video “Whip My Hair” is vibrant and kinetic. It starts with a mischievous-looking Willow entering a stark white classroom filled with students, dipping her long braids into paint and then whipping them around furiously, drenching the set (and students) in splatters of bright colors – Paul Jackson Pollock style.

But it’s not the wild and varying hairstyles that make this video a hit. Instead, it’s the sheer fearlessness with which young Willow is singing, dancing and whipping. She’s still very much a kid, but with just enough sass and pluck and confidence to hold our attention and leave us wanting more. And if you can’t sense the pint-sized swagger, Willow spells it out on her yellow t-shirt (“I *heart* Me”) and on the chalkboard in the classroom that she’s turned from white to orange:

Little Willow is operating with a sort of empowerment that grown women can sense, admire, and in some cases, envy. Not many girls are taught that it’s OK to openly love and affirm yourself. For many, admonishments like “don’t act cute” or “stop being sassy” are the norm. But “Whip My Hair” is a celebration of little girls celebrating themselves. And as poet Bassey Ikpi tweeted, it “says a lot about what happens when we arm girls with confidence and fearlessness.”

So yes, between Willow Smith whipping her hair and Sesame Street singing about loving the hair you’re born with, young black girls are having the best week ever. As for those of us who have already grown up? Well, we’re here cheering them on.