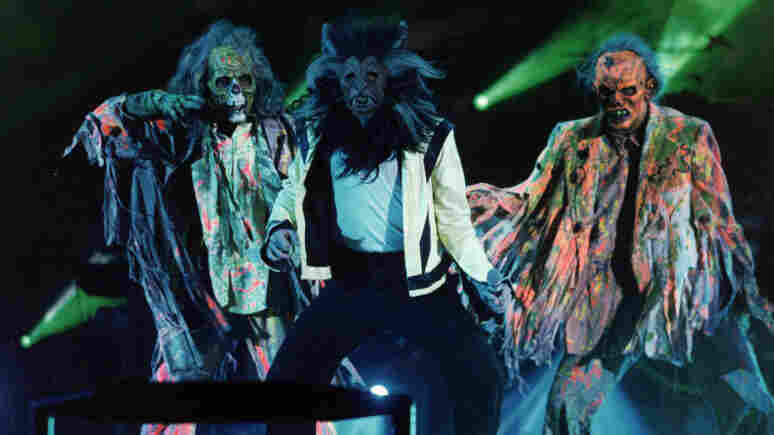 Halloween means it's time to dig deep in the crates and pull out some scary movies. For sure, there are the stalwarts — Freddy, Jason — but there are a few films at least as scary as the old standbys that deserve a second look.

“The Funhouse.” A drive-in style horror film from the ‘80s, two young couples - one with a tween in tow - spend the night at a carnival funhouse, and that goes about as well as you’d expect. Nearly devoid of brand-name actors of any caliber, except for Kevin Conway and Sylvia Miles as Madame Zena, this movie floats on a better-than-average script partnered with good directing. You'll see this once and want to own it immediately.

“Tales From the Hood.” Actor/writer/director Rusty Cindieff emerged briefly in the new black cinema renaissance in the late 80s and 90s and — like Matty Rich and Christopher Scott Cherot — fell out of sight; but not before dropping this jewel in theaters. "Tales" borrows shamelessly heavily from the “Tales from the Crypt” comic book motif stringing three separate stories as morality tales along a single plot. Clarence Williams III kills it as the spooky Mr. Simms while David Alan Grier and Paula Jai Parker make serviceable appearances.

“The Hunger.” A film I've mentioned before, it capitalizes on the timeless vampire-divorce-gone-wrong genre. David Bowie learns a hard truth of everlasting love that gives new meaning to "it's not you, it's me." Totally worth your time, if only for the opening montage featuring the Bauhaus classic "Bela Lugosi's Dead." Let this film be a lesson that any affair that starts in a disco probably will not end well for anyone.

“Thriller.” John Landis' music video for Michael Jackson stands the test of time as a truly suspenseful work of mini-cinema. A mash up of Landis's quirky, sarcastic horror sensibilities,  Rod Temperton's lyrical tale of horror movie romance and Jackson's theatrics, this video in its entirety is so good it's scary.

“Wolf.” Jack Nicholson as a werewolf is a no-brainer. James Spader as his rival for Michelle Pfeiffer's affections rounds out a film that could have easily flew off the rails if not for this trifecta of strong talent. Don't look for great effects; they blew most of the budget on talent. It's campy but just dangerous enough.

Jimi Izrael is the author of The Denzel Principle: Why Black Women Can’t Find Good Black Men and a regular contributor to Tell Me More.