Accessibility links
I Am A Colored Girl : Tell Me More Guest blogger S. Pearl Sharp reflects on the original For Colored Girls Who Have Considered Suicide When the Rainbow Is Enuf had on the black community when it debuted as a stage play over 30 years ago.

I Am A Colored Girl

I Am A Colored Girl 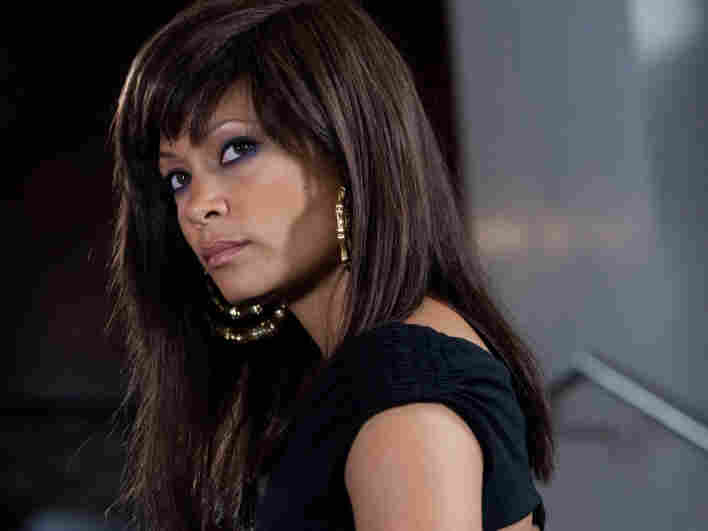 I am a colored girl.  Have been one ever since I first saw “For Colored Girls Who Have Considered Suicide When the Rainbow Is Enuf” and discovered that a stage full of women were talking, publicly, about parts of my soul, before I was able to have that conversation with myself.

Thunder and lightnin’ lit up the Black community when Ntozake Shange’s choreopoem, “For Colored Girls…” opened on stage in New York City more than three decades ago.  Black women of all ages sucked teeth in disapproval, or wept openly.  After one Broadway performance, a couple exited the theatre in a highly animated conversation.

“What did I do?” the brother pleaded as he dodged the blows.

The play stimulated a plethora of Black Man/Black Woman panels, relationship seminars, several divorces and angry shout-backs from “brothas” who saw the whole thing as a man-bashing picnic.  But women who had been sitting on their pain, or spewing it in unidentified anger, started gathering in circles of communion.  “Somebody  almost walked off wid alla my stuff” and it was time to get it back.

That was 37 years ago.  Now, as “For Colored Girls…” is recreated in Tyler Perry’s film adaptation of Shange’s work, what is different about a colored girl’s anger, love, her  rainbow?

The divorce rate among black couples in the U.S. has tripled since the play was first staged in Berkeley, Calif., in 1974, the suicide rate has risen dramatically and two-thirds of black family households are headed by single women.  Two women in the film version deal with HIV and AIDS, conditions that were not in our vocabulary back in the ‘70s.  Unlike the film version, the play celebrated our joy, and we still wear out some linoleum, dancing  with laughter in our hips.  Sitting in that theatre almost four decades ago we could hardly have imagined that our role models would now include Michelle Obama, Mrs. commander in chief.  Or Mae Jemison, the first black woman to fly to the moon.

Still, I am a colored girl who, for years, could not get through the song that ends “For Colored Girls…” without tears.    In an environment where the black woman is an  undervalued stock, worshipped simultaneously as madonna and whore, prayer powerful and easy prey, we are still seeking ourselves.   We are still learning and needing to chant, without apology,

“i found god in myself

S. Pearl Sharp is an actress, filmmaker, and the author of  “Black Women For Beginners,” distributed by Random House.