Collecting The World In African Art

Collecting The World In African Art 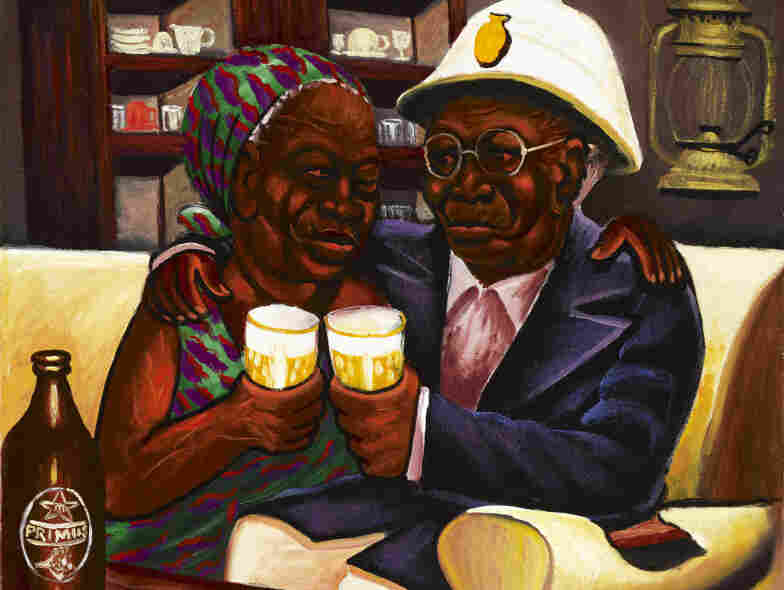 Sometimes I feel like Blanche DuBois in the classic film “A Streetcar Named Desire” when she says something along the lines of “I have always relied upon the kindness of strangers.”

In some ways, a museum is much like that: reliant on individuals who may start out as strangers but then become our friends, to provide much-needed support to museum collections, exhibitions and programs.

“African Mosaic: Celebrating a Decade of Collecting,” which opens at the National Museum of African Art on November 19, presents selected gifts and purchases made over the past ten years.

What I love about the “African Mosaic” exhibition is the diversity of displayed objects and the intersecting themes addressed by African works of art.

We have selected works that illustrate the rich diversity of Africa’s art forms. 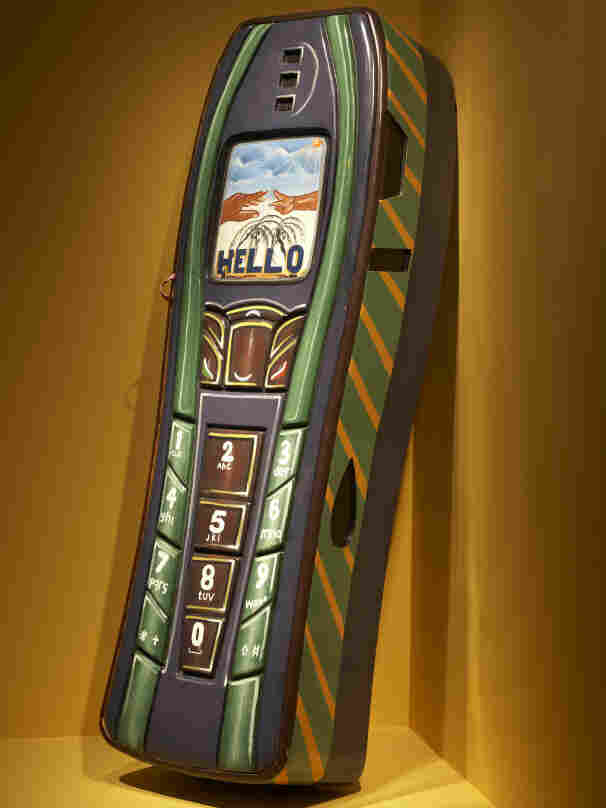 A designer "fantasy coffin" in the shape of a Nokia cell phone is pictured as part of African Mosaic. National Museum of African Art hide caption

These include examples of modern and contemporary African works of art – paintings, works on paper, sculptures and mixed media works by some of the continent’s stellar artists.

We also seek to “mix it up” in terms of materials – beadwork, metals, wood, ivory, glass, textiles, ceramic, and so on.

The exhibition includes what we call “popular” arts – new forms that reach both local and international audiences or incorporate new forms and materials in intriguing ways. For example, there are designer or fantasy coffins in the shape of a cell phone and an elephant made in Ghana for local use but are also part of the contemporary art scene. And a briefcase made of recycled metals. 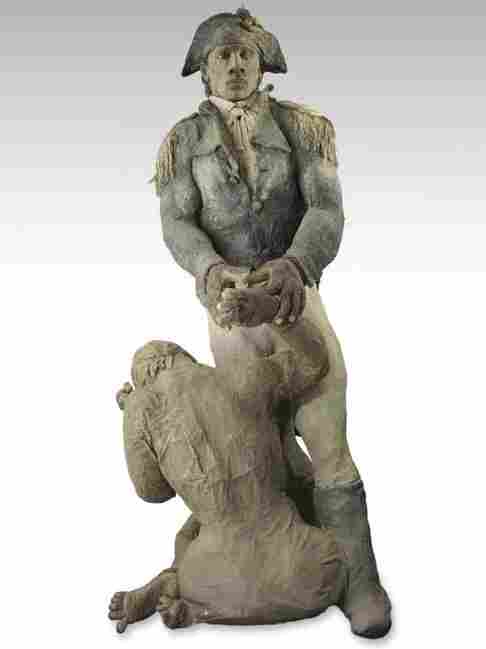 The visual focus of the exhibition is the centrally-located sculpture entitled Toussaint Louverture et la vieielle esclave, made in 1989 by Senegalese sculptor Ousmane Sow.  It is a magnificent, over life-size, heroic and fairly naturalistic mixed media sculpture that captures the global connections of African art. Toussaint Louverture led Haiti’s freedom struggle against slavery and French colonial rule.

Think about it: a Senegalese sculptor making a work of art in recognition of the bicentennial of the French revolution, and choosing Haitian subject matter to speak about a timeless, universal desire for freedom and equality worldwide.

Another highlight that emphasizes innovation, change and global connections is a 19th century ivory tusk, carved with images of photographs as a way to represent the client’s work as a photographer. And we have those very same images, on historic postcards, in our museum’s Eliot Elisofon Photographic Archives.

I get particularly jazzed by stories that challenge popular misconceptions about Africa. Or, put another way, stories told through objects, that illustrate how Africa, Africans, African arts have been – and continue to be – “players” in the global arena.

Of course, the exhibition also has many other works that can easily be appreciated for their beauty, the exceptional skill with which they are made and the rich contexts in which masks, figures, emblems of status and household objects reveal much about the dynamism and sophistication of the arts of Africa.

Because if you learn just a bit about the many messages embedded in an object’s forms, materials and contexts of use, you will see connections to your own ideas and values.