'Soul Food,' 'Die Hard' Are Films Worth Giving Thanks

'Soul Food,' 'Die Hard' Are Films Worth Giving Thanks 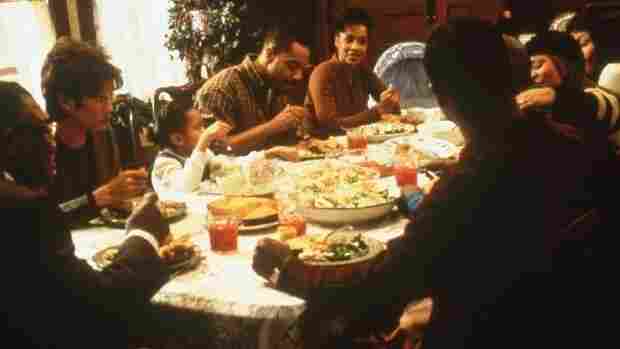 The holidays are about family, when many of us gather around the flatscreen after dinner to enjoy a movie. Some of what we choose to watch is corny or schmaltzy. But cinema doesn't have to be explicitly holiday-oriented to make us feel all warm inside, and appreciate our family life. Below, a short list of films for which we can be thankful…

"Nobody's Fool"- Paul Newman stars as a grump, who mends bridges with his son and somehow manages to find love along the way. Love conquers most problems in this ode to fathers, sons and neighborhood oddballs.

"Soul Food" - The family matriarch's illness throws the family dinner on the back-burner and brings all the conflicts to a boil. Based on George Tillman Jr.'s script, it's shockingly devoid of any rapping, stepping or buck-dancing for a black Hollywood film.  Instead, the movie focuses on the  story of the complex disintegration of the close-knit Joseph family’s structure and the disappearance of family values. There is no Oscar-caliber acting in this film, but it reminds us all of the importance of family rituals that matter.

"Die Hard"- Based on a crime novel, the first in this series of films is one of my favorites.  Bruce Willis is detective John McClane, who travels across the country to patch things up with his estranged wife.  His plan is thwarted by vault-jacking, high-tech terrorists led by English actor Alan Rickman. This film reminds us of the lengths real men go to keep their families together.

"Nutty Professor II: The Klumps" – This movie takes what started out as a wonderful send-up to a classic Jerry Lewis film, and turns it into a cavalcade of bad jokes. This film stands as one of the last times in cinema history actor Eddie Murphy would be even a LITTLE funny onscreen. Rick Baker's effects and the heart-warming connection of this dysfunctional and unusually flatulent family make "Klumps" a good film to watch after a few belts of warm, STRONG cider.

"Elf" - It's disconcerting when a long lost son returns home.  It’s even more disturbing when a son, who has been placed for adoption,  returns as one of Santa's elves -- as James Caan finds out in this completely implausible, but loveable holiday family movie. With "Elf," Will Ferrell proves he can carry a film and that no matter what, blood is thicker than pancake syrup.

Jimi Izrael is the author of The Denzel Principle: Why Black Women Can’t Find Good Black Men and a regular contributor to Tell Me More.