Accessibility links
Who The Hell is Seth Rogen? : Tell Me More Seth Rogen stars in the new film The Green Hornet. Guest blogger Jimi Izrael takes a critical look at some of his other roles.

Who The Hell is Seth Rogen?

Who The Hell is Seth Rogen? 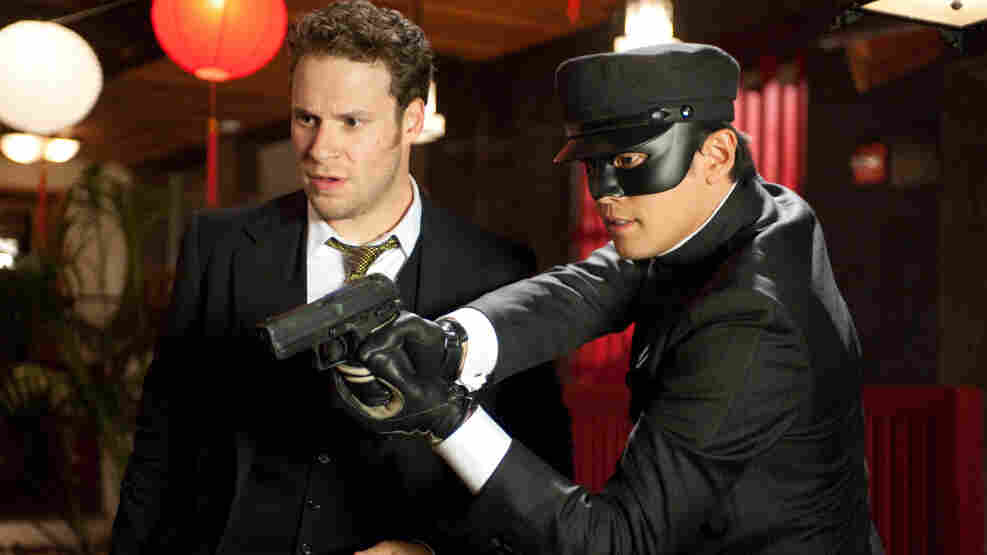 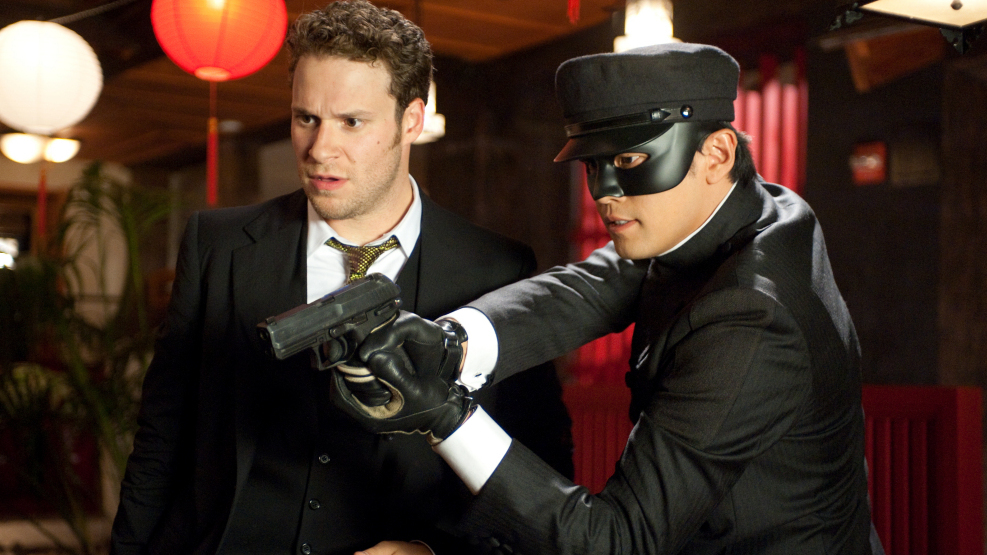 Early reviews are in and critics are torn — some think "The Green Hornet" is brilliant and funny with the right balance of action and laughs, while others think Britt Reid shouldn't quit his day job.

Fans of frat boy/3-D action comedies are satisfied, but those true to original series are disappointed, and the band plays on. Yet another remake of a radio, stage or TV show where people are ready to dismiss the product sight unseen. And no matter what, no one was going to be completely happy with what ended up on the big screen. If you're like me, you're not so much perplexed by why a comedian would be cast in the role of superhero (because if Beetlejuice could win as Batman, surely anything is possible). No, like me, you are stuck on that age old-quandary that's haunted men since the beginning of time:

Who The Hell Is Seth Rogen?

Rogen's body of work ranges from cult TV to modern schlub cinema and he seems to draw comedy from his perpetual other-ness: Rogen's characters feel less than comfortable in their own skin by deriving strength and pleasure from that sense of self-alienation. This is his schtick, and I can't decide if that's because he's fat(ish) or Canadian (eh?).

Rogen's characters are people that normally play the background of our lives. There is something intriguing about seeing folks on the periphery of our radar cast front and center. I'd like to see more of that, and less fart jokes.

I enjoyed Rogen in "Funny People" as Ira Wright, the assistant/life coach to Adam Sadler's pompous Hollywood megastar. It hinted at broader comedy and dramatic depth down the road — maybe a "Truman Show," or his own variation on "Eternal Sunshine of the Spotless Mind." I don't think "The Green Hornet" shows any signs of being this dramatic a debut. But given the source material, it certainly could have been.

Possibly a better writer than performer, his films often rely on chemically enhanced plotlines for laughs and this is unfortunate. "Men behaving badly under the influence" is a well-worn trope (only Danny McBride has my permission to keep at it). Casting him in "The Green Hornet," sadly, feels like a studio bet to get butts in the seats, not to widen his acting range or audience appeal. And that's abet they are likely to win.

Who the hell is Seth Rogen? He's a great comedic actor who hasn't really found the best material, happy to be typecast as this generation's eternal frat boy — the guy everyone went to college with who may or may not have graduated.

Here's hoping he does. One day.