Accessibility links
Lessons From A 'Baby-Daddy' : Tell Me More Guest blogger Jimi Izrael is tired of the negative stereotypes associated with fathers who have children by multiple women.

Lessons From A 'Baby-Daddy'

Lessons From A 'Baby-Daddy' 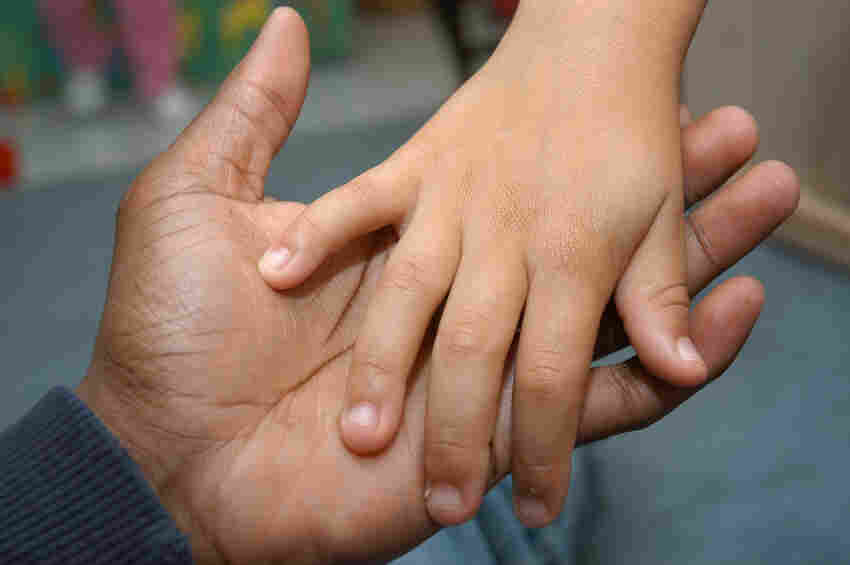 The urban myth of the baby-daddy as the disengaged stud running from house to house impregnating helpless maidens is certainly sexy. But it isn't all true. Trust me, I know.

My name is James Izrael, and I'm a baby-daddy.

I have three children I made ye olde fashion way, and one I claim as my own, despite his mother's objections.

If that sounds complicated, it is. Nothing about being a baby-daddy is cut and dry. Like many baby-daddies, I became a father through a litany of failures — failure to pay attention in sex-ed class, failure of contraceptive devices, failure of marriage.

The subsequent failure of communication and cooperative parenting compromised the dignity of everyone involved. I went from being called a pet name, to being called unpleasant, profane names, to just a last name. Finally, I am designated by a moniker that has a snide, side-eye whimsy but carries with it all kinds of ugly baggage and false notions.

Being a baby-daddy doesn't make me or anyone else you know a bad father. But it often means having to fight harder to be a the kind of fathers we want to be.

I'm sure men abandon their children. But, I wonder how many men are just walking away from their children versus how many are cast away as a show of force, because the mother doesn't want them involved or because she's in another relationship and has moved on. The numbers can't tell us that. We have an antiquated support system that makes it easy to be a paycheck dad but does not secure fathers' right. It is harder than it should be to stay engaged in the lives of your children when you're a baby-daddy. It's no wonder that some men drop out. Not that they should, but it's far easier than fighting against a court system that, while still evolving, remains gender-biased toward women in matters of custody and child welfare.

I don't know why some men have more than one baby by more than one woman. Maybe they are franchising (?!). Some men prefer to hobble one woman with as many babies as she will carry to term. And some of us are just careless and stupid. It's true — in the course of a lifetime, you can live and love with more than one woman. Sometimes these relationships don't work out. Going forward, I'd like to see more legislation to empower men. Legislation that reflects the changing face of the American Family. Because I don't know many men who would choose to be a baby-daddy.

But I know a lot who would like to be a better father.