Broadway Chanteuse Barbara Cook: 'My First Memories Are Of Singing'

June 30, 2017 • After starring in Broadway shows like The Music Man and Candide, Cook struggled with addiction, then staged a successful second career as a cabaret singer. Originally broadcast June 27, 2016.

Broadway Chanteuse Barbara Cook: 'My First Memories Are Of Singing'

June 23, 2017 • The uproar over the New York Shakespeare in the Park production of Julius Caesar has spread to other cities. And it appears to be only because they are companies with the word "Shakespeare" in their name. Staff at Shakespeare Dallas have received death threats, even though the company isn't performing Shakespeare at the moment. 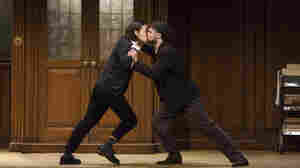 June 17, 2017 • George Orwell's dystopia returned to bestseller lists after the inauguration. "It's quite something to bring it to New York now, in this political climate," says adaptation co-author Duncan Macmillan. 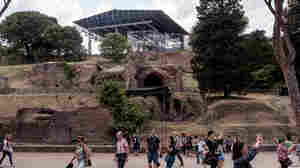 A stage constructed amidst Roman ruins to host the rock opera Divine Nero has led some archaeologists and art historians to denounce what they see as the commercialization of the city's heritage. Stefano Montesi/Corbis via Getty Images hide caption

Atop Ancient Ruins, A Rock Opera About Emperor Nero Leaves Some Romans Unimpressed

June 16, 2017 • A new musical seeks to present a different side of the emperor, known best for fiddling while Rome burned. But some historians object to what they see as the commercialization of Roman heritage.

Atop Ancient Ruins, A Rock Opera About Emperor Nero Leaves Some Romans Unimpressed

June 12, 2017 • Delta pulled its sponsorship of New York City's Public Theater over a production of Julius Caesar that seems to depict an assassination of President Trump. 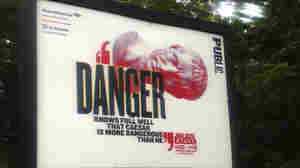 June 12, 2017 • A New York production's Caesar has blond hair, a fondness for long ties and a wife who speaks with a Slavic accent. Delta said the assassination tale "crossed the line on the standards of good taste." 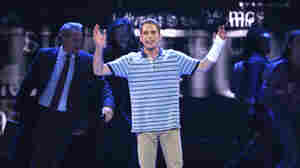 June 12, 2017 • The 2017 Tony Awards weren't a coronation of any one show, but it was hard not to notice a theme of pointed social and political thought behind many of the winners. 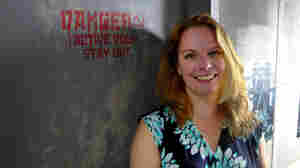 Karyn Meek, production stage manager for the Tony-nominated musical Natasha, Pierre & The Great Comet of 1812, describes stage managers as "the hub of the wheel." Jeff Lunden for NPR hide caption

Stage Managers: You Can't See Them, But Couldn't See A Show Without Them

June 11, 2017 • Off in the wings, stage managers coordinate cast and crew, calling hundreds of cues during Broadway performances. They may not win Tony Awards, but without them, not even the curtain would go up.

Stage Managers: You Can't See Them, But Couldn't See A Show Without Them 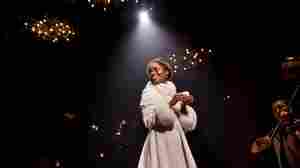 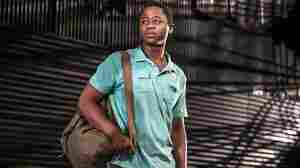 This Play Was Inspired By A Real Refugee's Shakespearean Dilemma

June 3, 2017 • Shedrick Yarkpai escaped war-torn Liberia under an assumed name, which he kept as he started a new life in Australia. Objects in the Mirror follows Yarkpai's struggle to reclaim his identity.

This Play Was Inspired By A Real Refugee's Shakespearean Dilemma 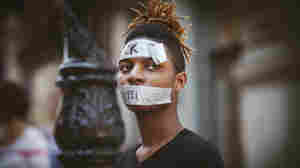 In NYC, Activism Begins With Lessons In Theater

May 31, 2017 • Wielding techniques that the global Theatre of the Oppressed movement used to train activists, one group challenges people to think beyond labels. 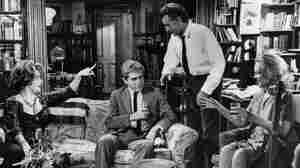 May 31, 2017 • A small theater in Portland, Ore., cast an African-American actor in Edward Albee's Who's Afraid of Virginia Woolf? But the Albee estate wouldn't grant the rights to produce the 1962 play. 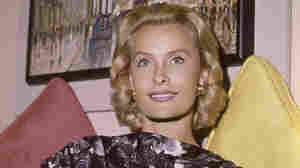 Actress Dina Merrill poses at home in Hollywood, Calif., on Sept. 20, 1960. Merrill died on Monday at her home in East Hampton, N.Y.. She was 93. AP hide caption

May 23, 2017 • Merrill, the daughter of Wall Street broker E.F. Hutton and cereal heiress Marjorie Merriweather Post, went on to become a leading lady in movies. She died Monday at her home in East Hampton, N.Y. 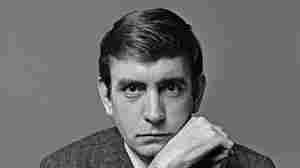 May 20, 2017 • A new production of Who's Afraid of Virginia Woolf has been told that the estate of playwright Edward Albee won't allow them to use an African-American actor. 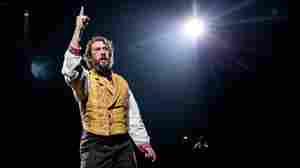 May 18, 2017 • For his role as Pierre, Groban had to be able to play the accordion while navigating multiple sets of stairs. His replacement, Okieriete Onaodowan, has about two months to master the instrument.