Accessibility links
Can This 'Perfect Match' Dance Their Way To Gold? : The Edge No U.S. skating team has ever won Olympic gold in ice dancing. Some experts wonder whether it even qualifies as a sport. But Americans Meryl Davis and Charlie White, known for their blend of athletic power, speed and flair, are helping to dispel that notion. 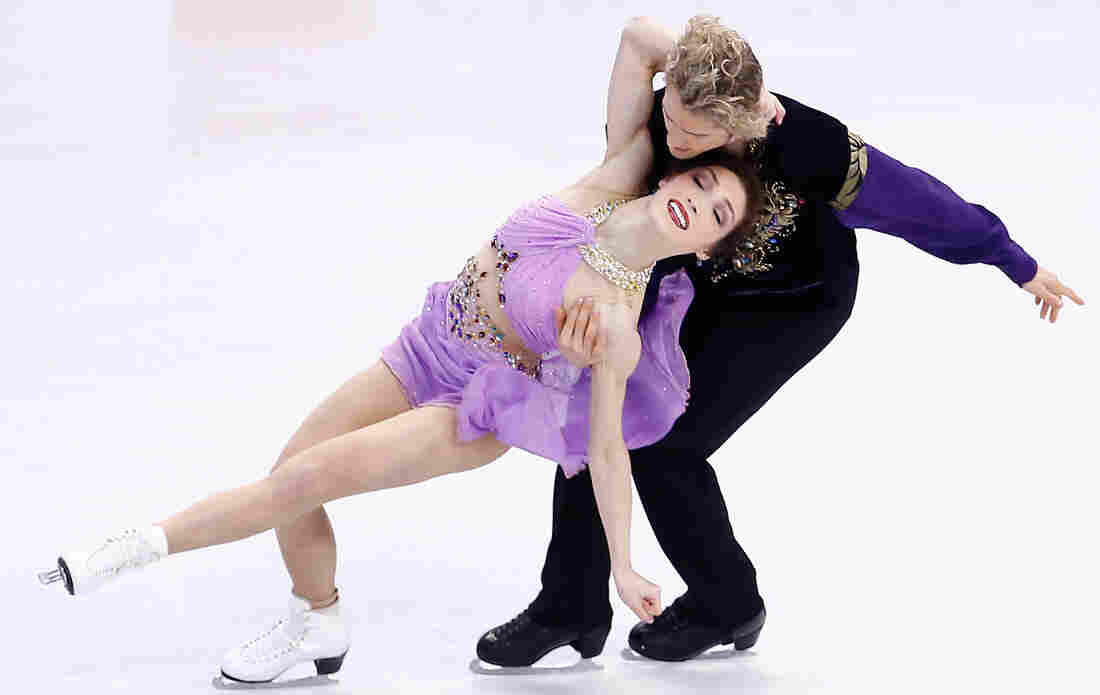 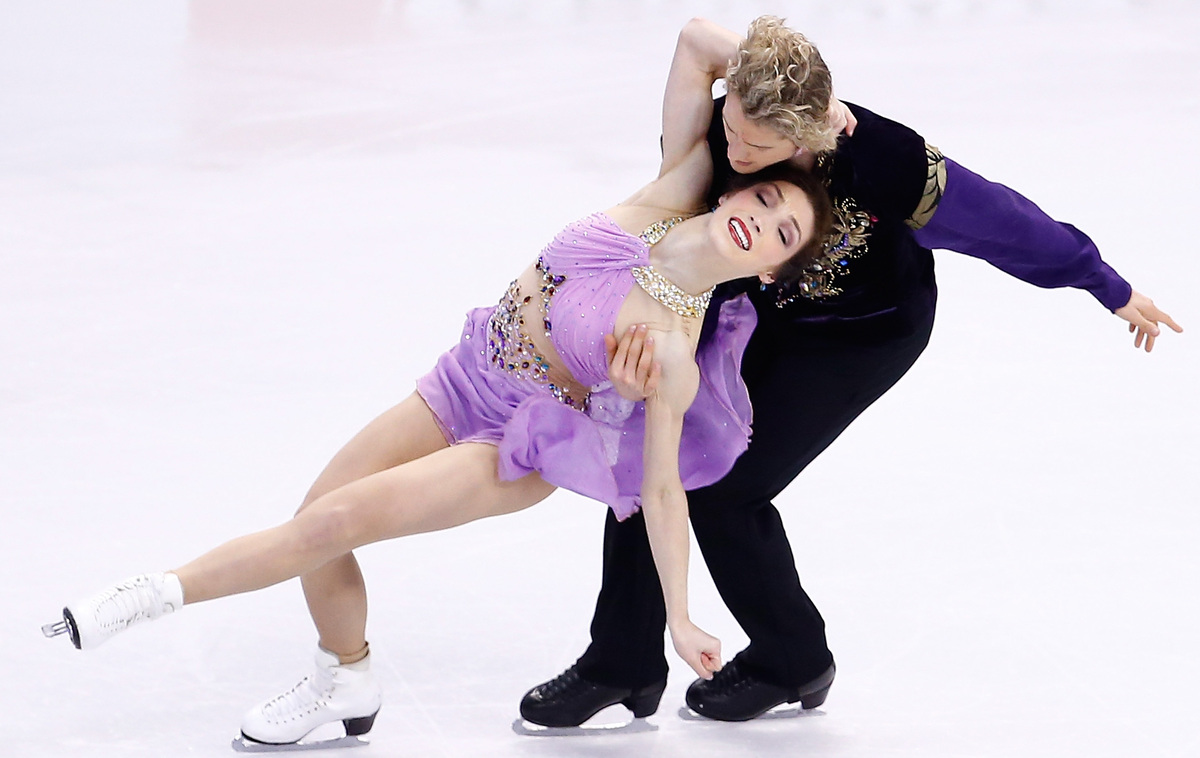 At the Arctic Edge skating rink 30 miles northwest of Detroit, the team that's won every major ice dance competition in the past few years is leaving the ice separately. But Meryl Davis and Charlie White are never far apart for long.

"It's freaky, I mean, how often that we are just reading each other's minds and, like, say the same thing at the exact same time," says White.

"Yeah, it's a little weird," says Davis, laughing. "But it makes it easier."

No U.S. skating team has ever won Olympic gold in ice dancing. Some experts have even questioned if the graceful gliding truly qualifies as a sport. But Davis and White are dispelling that notion with a blend of athletic power, speed and flair that has them poised for a run at a gold medal.

The simpatico relationship between Davis and White has helped them become a record-setting force in ice dancing: They've won two World Championships, five straight Grand Prix finals and an unprecedented six consecutive U.S. national titles, portraying everything from Bollywood dancing to Scheherazade. It's left even reserved skating commentators grasping for superlatives, calling one of their performances "the best in the sport at the moment."

The pair's graceful symmetry stems from a long journey. While they've never been romantically involved, Davis says that in a way they've been childhood sweethearts since a skating coach saw them circling a rink by themselves two decades ago.

"You know we were the right age for each other, the right size," says White. "[The coach] thought maybe it would be fun to throw us together and see what we looked like. And, you know, we just were a perfect match — as perfect as an 8- and 9-year-old boy and girl could be."

"Charlie was a couple months ahead of me in terms of the ice dance world," says Davis. "So when he was partnered up with, you know, someone who hadn't had any ice dance experience, he was a little bit ..."

"Irritated," Davis offers. "He had to take a couple steps back with me. But he got over it."

It took a while for the White and Davis families to follow suit. Mother Jacqui White says she was a bit put off when young Charlie decided to enter a competition and was soundly defeated.

She says it also required a massive juggling act to parent four other children while still helping her son fulfill his dream.

"Sometimes I wanted a day off, just to go shopping or go to lunch with a friend," she says. "I couldn't convince Charlie of it. ... I could just see how important it was to him. I mean, how many people do you know that are the best at what they do?"

In Ice Skating's Biggest Story, The Media Were Poor Sports

A Story Of The Boston Marathon Bombing, As Told On Skates

Many skating experts also view White and Davis as the best — except at the 2012 World Championships and 2010 Olympics, when they lost to the Canadian team of Tessa Virtue and Scott Moir.

Now the Canadians train with White and Davis at the Arctic Edge rink under the same skating coach. NBC sports skating analyst Tracy Wilson, who won an Olympic bronze for ice dancing in 1988, says the two teams show such physical prowess it has helped cement the sport's reputation as a true athletic event.

"They're constantly measuring themselves against each other," Wilson says. "And I think that's one of the reasons they've been able to, both teams, push the sport so far."

It's already made White and Davis media darlings and marketable commodities — they're sponsored by seven major companies. Yet White vows that he and Davis won't be distracted by the glare of the spotlight.

"We've had a career where we've really lived in the moment," White says. "It hasn't mattered in the past how big the moment is. You know, we always kind of have the same approach."

With that, the duo head for more practice, en route to the rinks at Sochi.