Accessibility links
'Mariachi Olympic Prince' Takes Glamour To Sochi Ski Slopes : The Edge Hubertus Von Hohenlohe will be the only skier representing Mexico in the Winter Olympics in Russia. A German prince and one of the oldest athletes to be competing in the Winter Olympics, Hohenlohe says he doesn't expect to win any medals. But he does hope people will notice his flair for fashion. 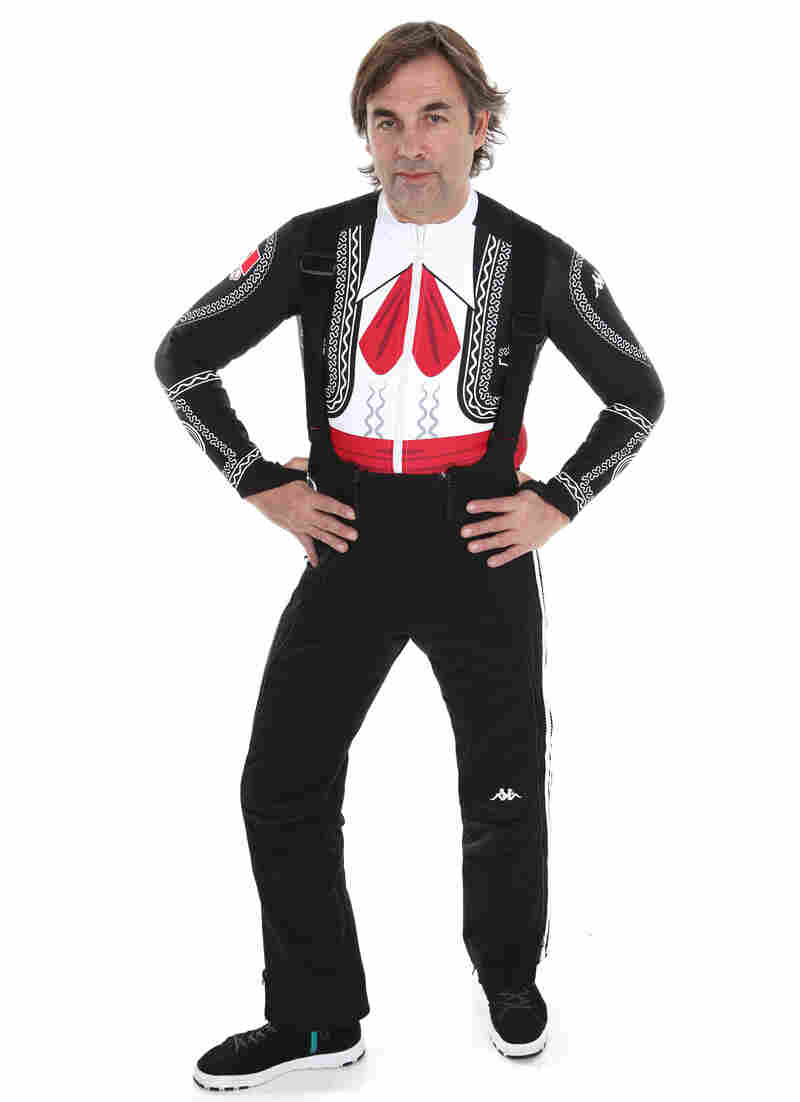 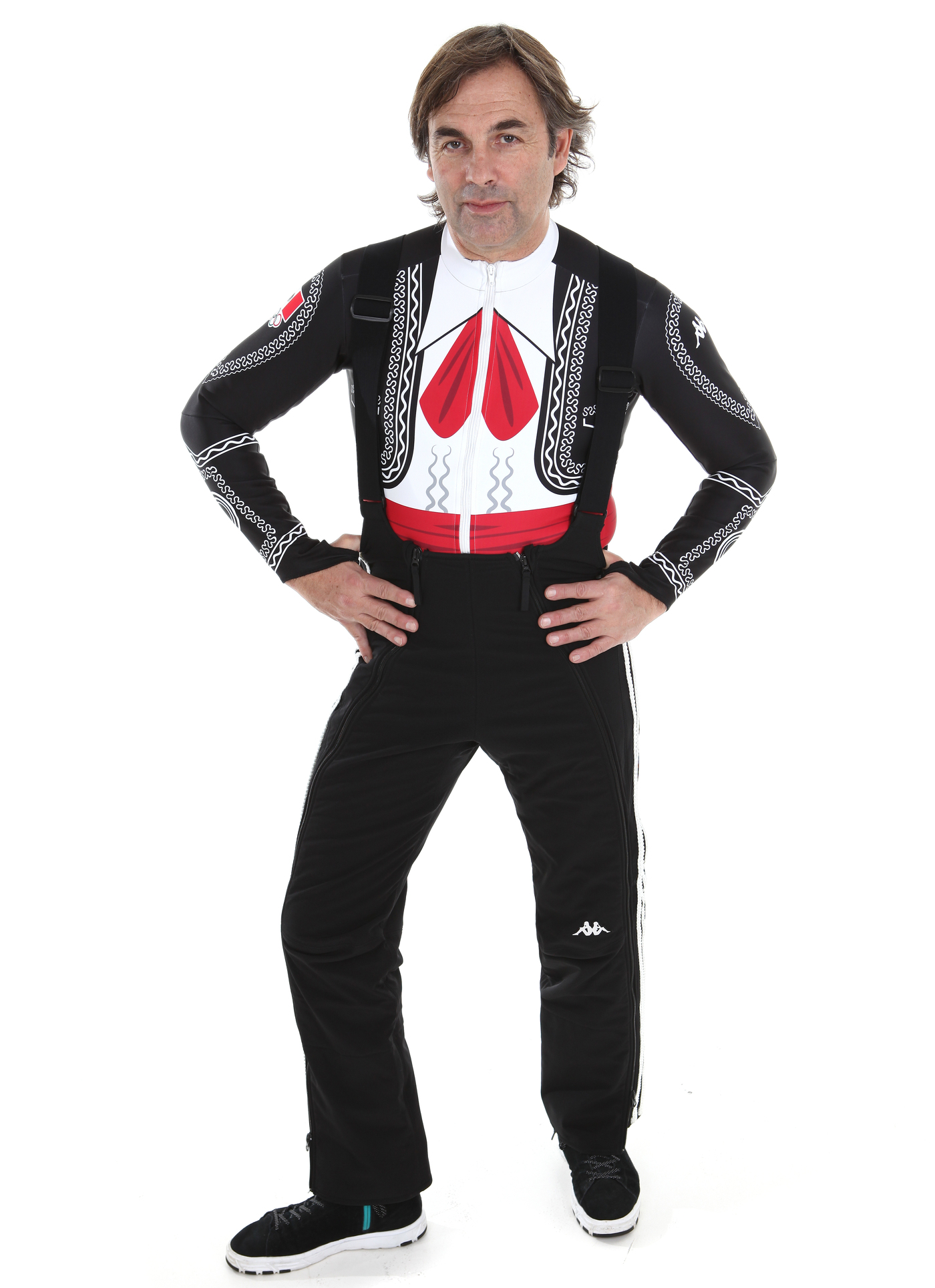 Mexican-born Hubertus Von Hohenlohe, a German prince, plans to ski in style for the Winter Olympics.

In Sochi, Russia, Hubertus Von Hohenlohe will compete in his sixth Winter Olympics. The 55-year-old downhill skier and German prince won't be skiing under the flag of his royal heritage, however. He'll be with the team of his birthplace, Mexico.

In honor of his Querido Mexico (beloved homeland), Hohenlohe says he will race down the Russian slopes decked out in a state-of-the-art mariachi ski suit.

Mexico's Olympic Committee gave him a proper sendoff Wednesday, full of pomp, ceremony and lots of trumpets — but with a much more solemn beat than the self-proclaimed Mariachi Olympic Prince usually enjoys.

Hohenlohe was born in Mexico. He spent his first four years here before his parents moved him to Europe. He learned to ski in Austria, which he says saved him from the tedium of boarding school. But he says he never forgot his homeland, and came back in the 1980s to launch the Mexican Ski Federation.

Membership is quite low in this mainly temperate country. Add on the high cost of the sport, and it's no surprise Hohenlohe is soloing it in Sochi.

"Lonely, lonely. It's going to be lonely out there," he says.

A photographer, documentarian and one of the oldest athletes to be competing in the Winter Olympics, Hohenlohe says he doesn't expect to win any medals. He only qualified for one race. But he does hope people will notice his flair for fashion.

"It's a big stage, and you need to wear something special on stage. I mean, I could also come with a T-shirt and jeans," he says.

His skin-tight suit is anything but. It sports a black bolero jacket over a ruffly white tuxedo shirt, a bright red tie and thick matching cummerbund.

Italian designer Alex Jorio of Kappa sports apparel says this isn't the first ski suit he's made for Hohenlohe. In the 2010 Vancouver Olympics, Jorio made him a custom Mexican desperado suit, complete with bandolier. 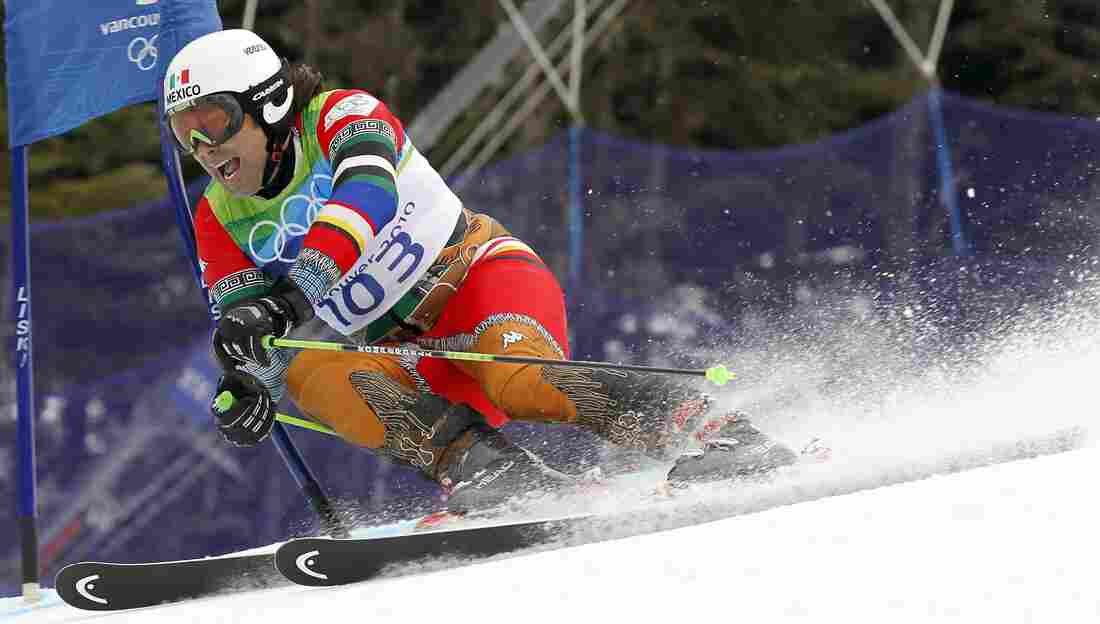 "He's an artist and he [pretends] to push us in a difficult way," Jorio says.

Hohenlohe enjoys pushing the envelope. He says he wants to have fun. After all, being an Olympian isn't as exciting as it looks.

"Training in the gym and sweating and running and sleeping in bad hotels in Slovenia and eating fast food in Norway is not that glamorous," he says. "At least the suit should be glamorous."