Accessibility links
After Decade-Long Fight, Ski Jumper Lindsey Van Is 'Ready To Fly' : The Edge The 29-year-old from Park City, Utah, will compete on the U.S. Olympic team in Sochi this month. What it took to get there is more than she ever imagined. 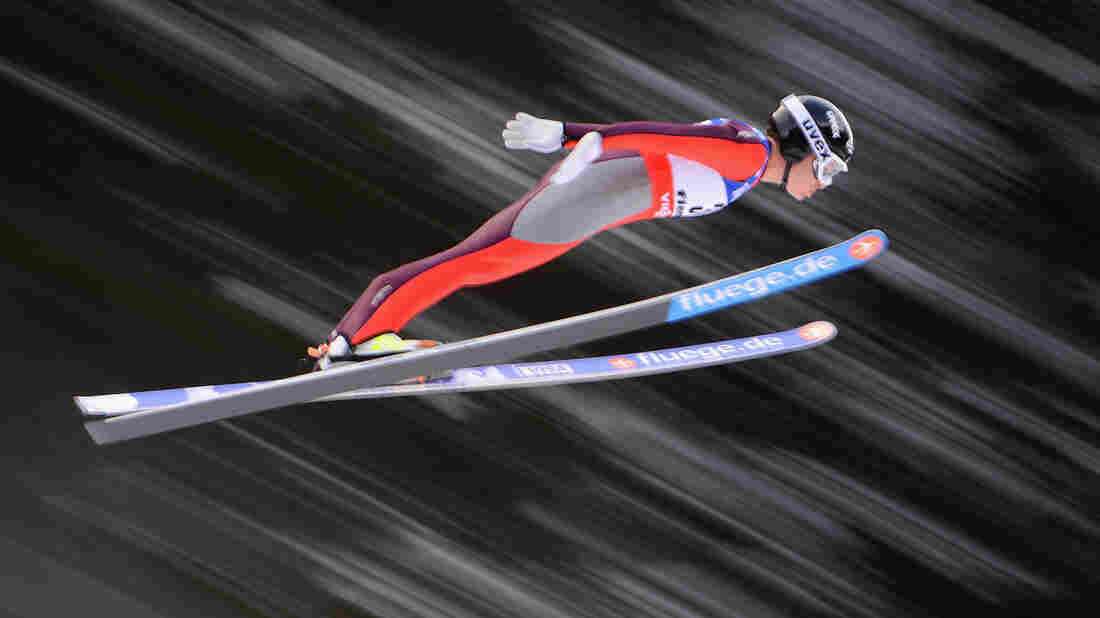 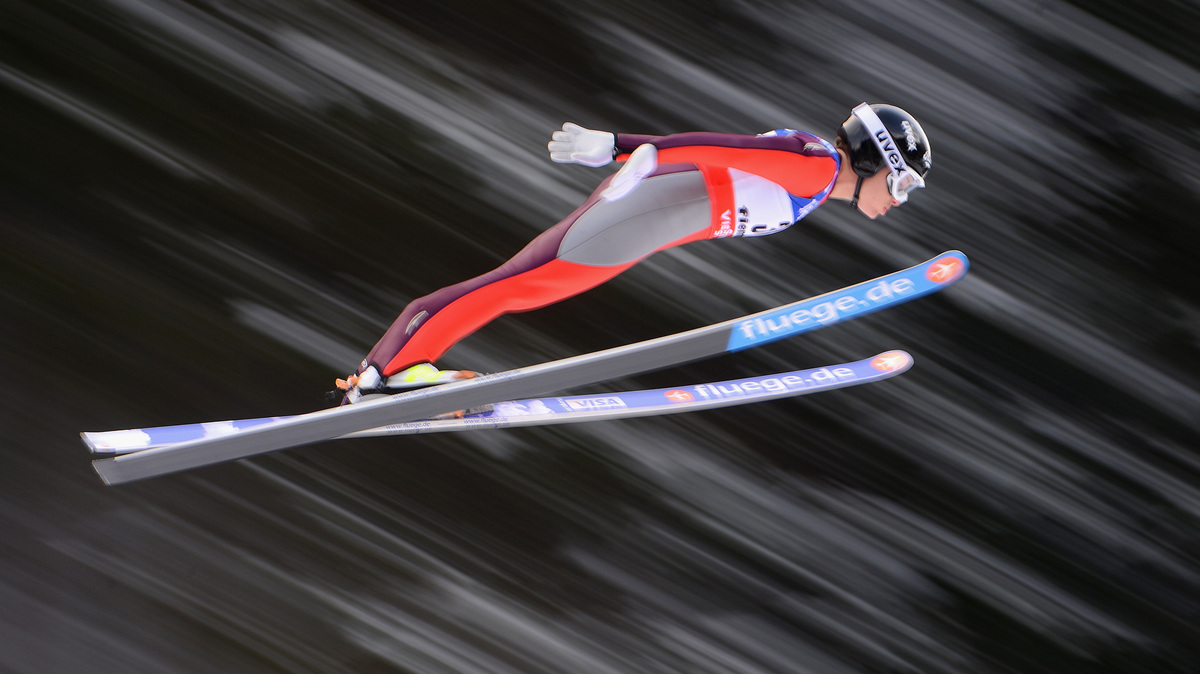 For more than a decade, ski jumper Lindsey Van dreamed of making the U.S. Olympic team, but one thing held her back: Female ski jumpers weren't allowed to compete. Until this year.

This month, the 29-year-old from Park City, Utah, will be one of the athletes competing at the Olympics on the U.S. women's ski jumping team. For Van, that competition marks the end of a very long road.

"Honestly, I don't really have words for it," she said at a press conference announcing the team. "I'm just completely overwhelmed and happy to be representing my sport."

When she was a child, Van amazed people with her ability to fearlessly fly through the air. As a young adult, she was one of the plaintiffs in a lawsuit against the organizing committee for the Vancouver Olympics, whose goal was to force the committee to let women compete. The legal effort failed because the Canadian court decided it couldn't impose local law on an international organization.

Olympic officials and other international sporting organizations argued that women's ski jumping wasn't advanced enough as a sport and that too few women competed worldwide at too low a level.

Gian-Franco Kasper, head of the International Ski Federation, told NPR in 2005 that he wasn't convinced women's bodies were cut out for it.

"Don't forget, it's like jumping down from, let's say, about 2 meters on the ground about a thousand times a year, which seems not to be appropriate for ladies from a medical point of view," said Kasper.

Van and other athletes believed that this amounted to discrimination.

Times have changed. After years of fighting, in 2011 Van and the world's other female ski jumpers got the news they had been waiting for: The International Olympic Committee announced that women's ski jumping would make its debut at the Sochi Games. Then began a new struggle — making the team.

Thousands of people came out to watch the trials in Park City in December. Van was soaking it all in.

"I try not to think about the historic nature of it today," she said. "Not put too much pressure on myself."

Over the years, representing her sport has taken a toll on her.

"She's a great and talented athlete who loves to fly, and all the rest is just stuff she has to endure," says Bill Kerig, the filmmaker behind a documentary about Van's efforts called Ready to Fly. She has suffered ulcers and sleep loss from the stress of it, he says. "It was a really tough go on her."

Van came in second at the trials and had to wait three more weeks to find out whether she made the team. She said she was glad to finally focus on the competition, rather than the fight to compete in the first place.

"It's great to be an athlete," she said. "Be a real athlete. Get those same opportunities."

At the press conference announcing the Olympic team, the athletes were asked about their medal chances in Sochi; head coach Alan Alborn jumped in.

"They deserve a medal hung around their necks for what they've done for the sport," he said. "At the end of the day, it's not about medals. It's about inspiring young people."