Accessibility links
Countdown To Sochi: Will The City Be Ready? : The Edge With the Winter Olympics just days away, the status of preparations in Sochi is mixed: Housing for the athletes has been getting rave reviews, but hotels and other buildings are still unfinished. 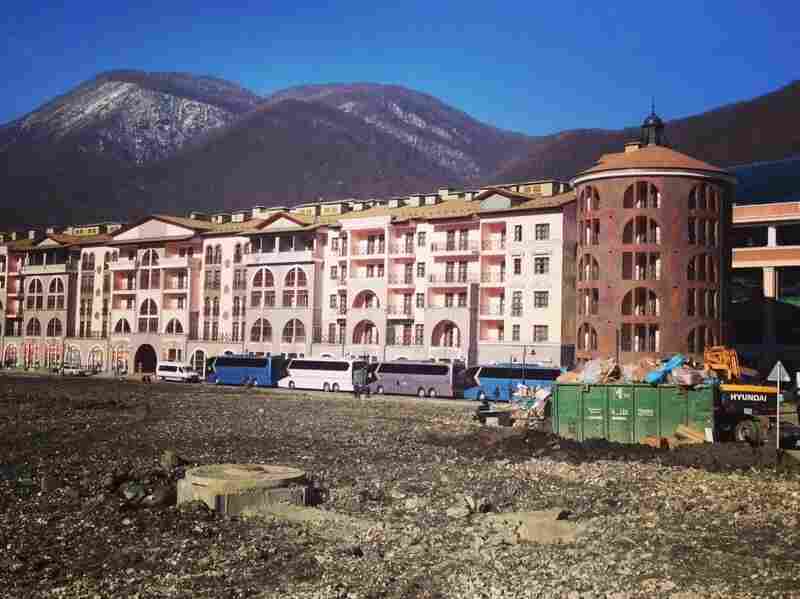 In Sochi, sporting arenas are ready to receive athletes and visitors, but some stores and hotels aren't quite finished. Sonari Glinton/NPR hide caption 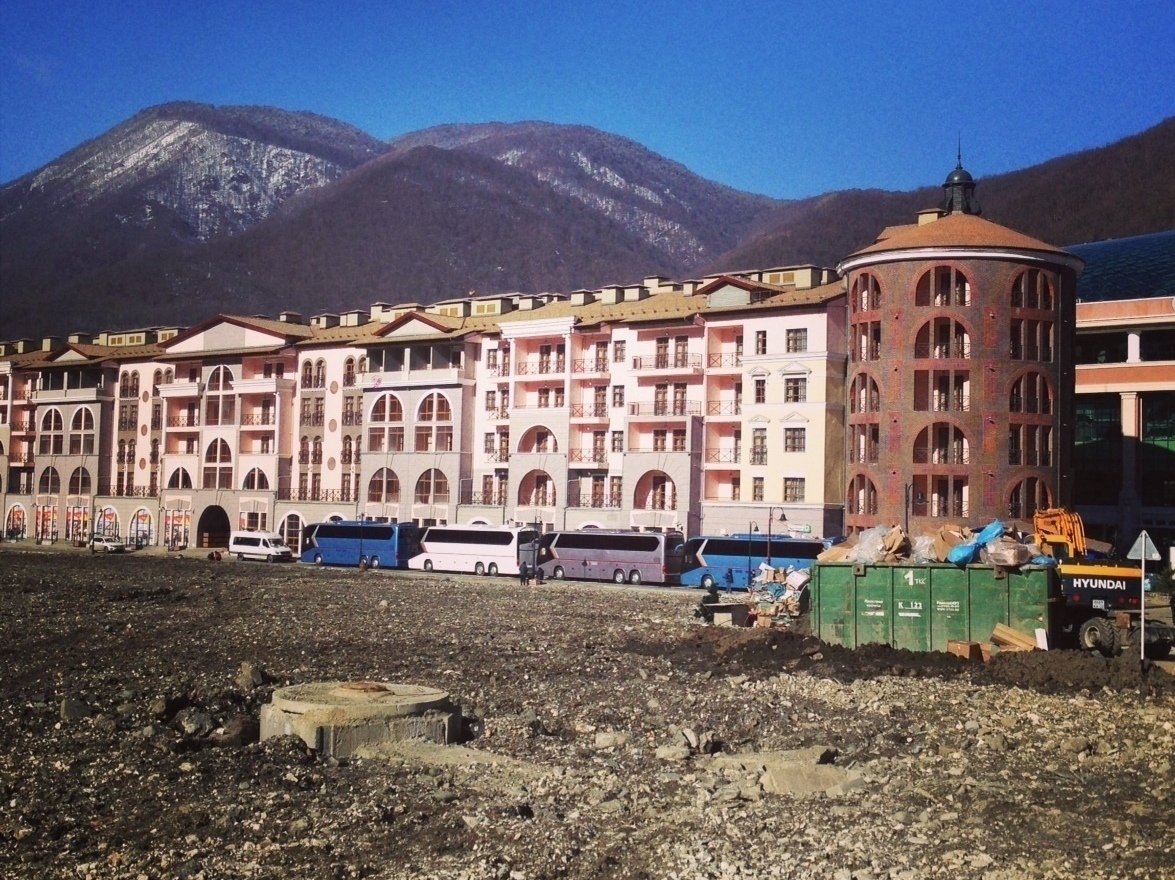 In Sochi, sporting arenas are ready to receive athletes and visitors, but some stores and hotels aren't quite finished.

Thousands of athletes and journalists have already converged on the city along the coast of the Black Sea, and spectators will be streaming in this week. But ahead of the games, the real race is to see if all the last-minute preparations can be completed in time.

To gauge how prepared the Russians are for these games, we took a tour that began in the cozy confines of the Olympic Village, with athletes like Chris Creveling, an American short track speedskater. This is his first time at the Olympics.

"We've just been impressed with the facilities so far, and everything has been up to our standards, I'd say," he says. "We're all just very excited to walk in the opening ceremonies."

Many of the speedskating athletes have competed in Sochi already for the World Championships. Jordan Malone, a member of the U.S. Olympic team for a second time, was here last year before the athlete's village was complete; he says things are much better now.

"All the United States is in one particular house. It's the same as it was in Vancouver," Malone says. "There's Wi-Fi everywhere so you can get your geek on. It's great, I mean, it's conducive to an environment that you'd want to spend an entire month in."

A tour of the various sporting arenas shows they're ready to go, too. Journalists have complained about poor construction, and interestingly there are perfectly pleasant but stray dogs wandering about town.

But how about the rest of Sochi, and the other facilities?

Down a brand-new highway looking out from a brand-new bus, there's freshly overturned dirt everywhere you look, as if building projects had just finished, or just begun. Some of the ski events will be held at a village that's about an hour away from downtown Sochi, and through all the windows, there are stores that look like they're on the verge of opening.

At the Gorky Gorod resort outside Sochi, there's a hotel that appears to be under construction, but nothing yet is quite finished. Hotel operator Volkam Shemsak says he has people at it around the clock.

"The hotels will be open," he says, though he admits there are some technical issues. "I mean, this is [a] living city, but you cannot say it's not ready."

"I have some travel experience," he says. "And I know how embarrassing it is when you arrive after a long flight to a place and your room is not ready."

Bach says the facilities will be ready as spectators arrive. The workers have until Friday.