Accessibility links
An Olympic Preview, From The Canon Of Russian Literature : The Edge Southern Russia, the venue for the coming Winter Olympics, is a wild land known for its breathtaking beauty and centuries of conflict. It has long inspired Russian writers; here are three classic books on the region.

An Olympic Preview, From The Canon Of Russian Literature

An Olympic Preview, From The Canon Of Russian Literature 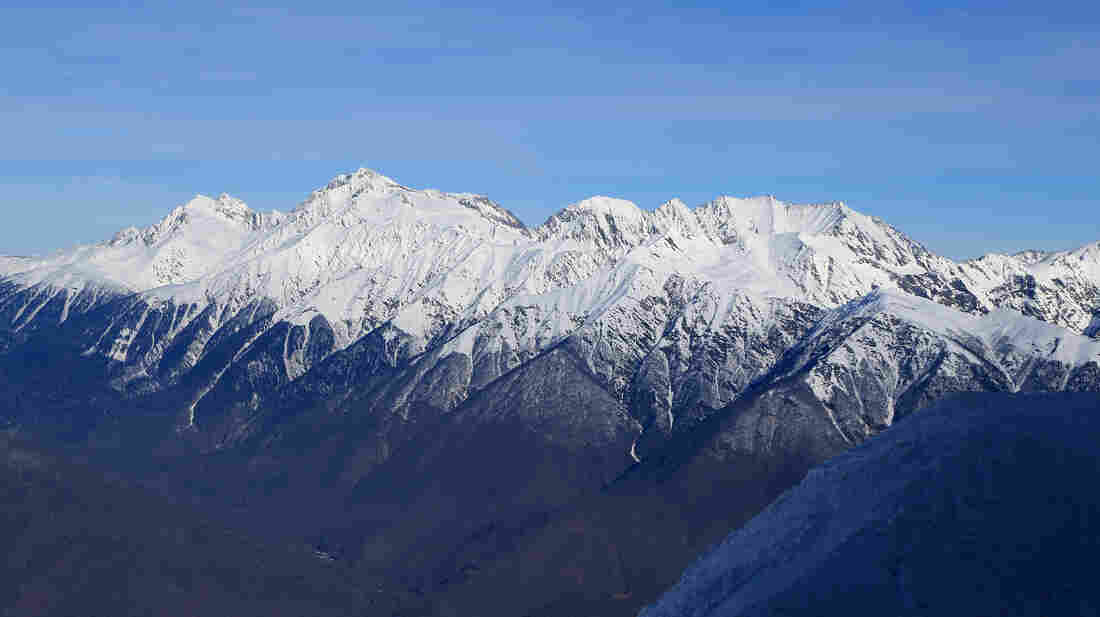 It is fitting that the Winter Olympics, one of the world's fiercest competitions, is taking place amid the breathtaking beauty of the Caucasus.

For centuries, Russia's greatest writers have been inspired by this volatile region full of not only immense natural beauty but also human misery. No matter how or why these writers came to the area, they found a land full of possibility and pain, rich in beauty, yet rife with violence: in short, a concentrated microcosm of the contradictions of life itself.

These three works, each from different periods of Russian history, will give you unforgettable portraits of the splendor and suffering that comprises the Russian Caucasus. And, at fewer than 160 pages each, you won't have to sacrifice enjoying the Olympics to give them a go.

A Hero of Our Time

Title
A Hero of Our Time
Author
Mikhail Iurevich Lermontov

In 1837, Tsar Nicholas I banished 23-year-old Mikhail Lermontov to the Caucasus for a seditious poem he wrote on the occasion of national hero and poet Alexander Pushkin's death.

There, in exile, the talented young poet found the inspiration and setting for his famous novel about a cruel and charismatic young officer, Grigory Pechorin, who, like Lermontov himself, appears to have been banished to the Caucasus for some mysterious reason.

Pechorin seduces an innocent princess, manipulates a so-called friend into a deadly duel, kidnaps a Circassian girl, ultimately leaving a trail of broken hearts and corpses behind him. The book packs it all in: exotic damsels, thieves and bandits, gunfights on horseback, smugglers, a game of Russian roulette, a deadly cliffside duel.

Lermontov takes you to the top of sparkling, snow-capped peaks where "the air is as pure and fresh as a baby's kiss," and drops you into Pechorin's dark and troubled soul. Love him or hate him. You won't forget Pechorin — or this engaging novel full of vigor, poetry and profound psychological insight.

After serving as a young cadet in the Caucasus in the 1850s, Tolstoy retained a lifelong fascination for what he called "that wild region in which two such completely opposite things as war and freedom are so strangely and poetically blended."

Tolstoy's last novel, Hadji Murat, published posthumously, tells the story of an actual Chechen fighter who defects to the Russian forces in order to defeat the imam Shamil, his bitter enemy and now the de facto leader of the Russian resistance movement.

In exchange, he asks the Russians to help him rescue his family being held hostage by Shamil. In 25 taut chapters, Tolstoy tells this nail-biting story of betrayal and survival against the backdrop of an incredibly realistic portrait of Russian imperial society.

Spend an evening in the home of a Chechen family. Visit peasant soldiers in their barracks. Sit in on a council with the czar in the Winter Palace as he decides the fate of the Caucasus.

Both a penetrating history lesson and a biting social commentary, Hadji Murat is ultimately a meditation on the evils of imperialism and the universal human struggle for survival in an often hostile world. It is Tolstoy's confession and his swan song, and it's perhaps the most perfect work of art he ever created.

Sometimes called the Tolstoy of 20th-century Russia, Vasily Grossman may not himself have been arrested by the KGB, like many of his contemporaries.

But authorities harassed him plenty, even confiscating the manuscript of his novel Life and Fate. In order to make ends meet, Grossman traveled to the Caucasus to translate a novel by an Armenian writer, and used this self-imposed exile to create An Armenian Sketchbook — a charming, poignant and deeply personal little work only recently translated into English for the first time.

Grossman interweaves personal anecdotes of his stay in Armenia with riffs on Stalin, nationalism, Soviet bureaucracy, Armenian culture and even the underrated pleasures of a good bowel movement.

At once hilarious and profound, the work is suffused with Grossman's eye for quirky detail and his love for the delightful variety of life he finds in the Caucasus.

Above all, the work gives readers a glimpse into the soul of a man who, like many writers, suffered under the Soviet regime yet never lost his faith in humanity. As he writes near the end: "All good to you, Armenians and non Armenians."

Sectarian violence continues to wrack the Caucasus. Russian nationalism is on the rise, and Russian imperial ambitions have become more stark. But in these books, there's a timeless message of universal humanity. In the words of Grossman, "it is time we recognized that all men are brothers." Indeed.

Andrew D. Kaufman, Russian literature expert at the University of Virginia, is author of Give War and Peace a Chance: Tolstoyan Wisdom for Troubled Times, forthcoming with Simon and Schuster. Learn more about him at www.andrewdkaufman.com.