Accessibility links
4 Gay Activists Arrested In Russia As Olympics Kick Off : The Edge The activists unfurled a banner quoting the Olympic Charter's ban on discrimination. Preceding the Olympics, Russia passed a ban on gay "propaganda."

4 Gay Activists Arrested In Russia As Olympics Kick Off

4 Gay Activists Arrested In Russia As Olympics Kick Off 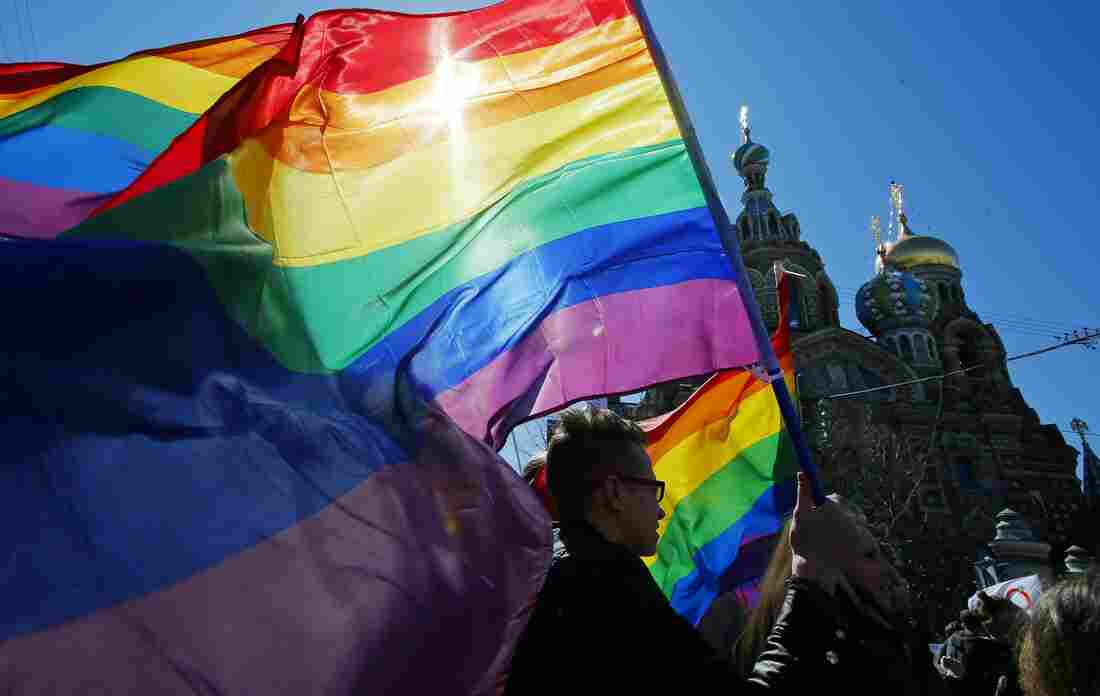 Gay rights activists carry rainbow flags as they march during a May Day rally in St. Petersburg, Russia, in May of 2013. Dmitry Lovetsky/AP hide caption 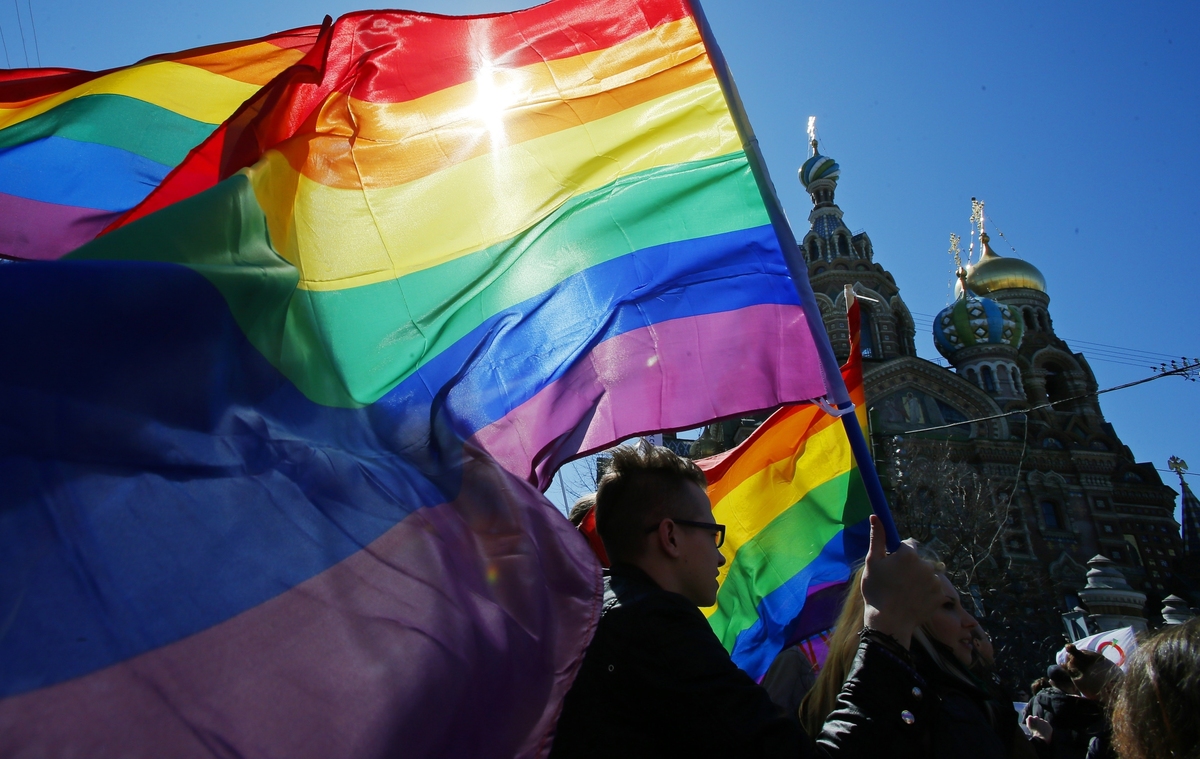 Gay rights activists carry rainbow flags as they march during a May Day rally in St. Petersburg, Russia, in May of 2013.

The protesters, reports the wire service, "gathered on St. Petersburg's Vasilyevsky Island, [and] were quickly rounded up by police, according to Natalia Tsymbalova, a local lesbian, gay, bisexual and transgender activist."

Of course, this comes on the same day of the opening ceremonies for the Winter Olympics being held in Sochi. And it comes after months of controversy over a Russian law that banned gay "propaganda."

"The gay rights group All Out told CBS News in an emailed statement that one of the protesters arrested was associated with the organization.

"'We just learned that 4 gay rights activists were arrested in St. Petersburg - including All Out's long-term contact and friend Anastasia Smirnova - for taking photos with a banner referring to Principle 6 of the Olympic Charter "Discrimination is incompatible with the Olympic Movement."'

"In a message posted to her Facebook account after the arrest, Smirnova, a member of the Russian LGBT Network, thanked her supporters and added: 'Can't write much as phones are not permitted, and they are now calling us to sign papers. Cosmic hugs to you from our police station! PS. Detention for a photo with a banner - isn't it an amazing way to celebrate the Opening of the Games?'"

In related news, Google launched its own form of protests late Thursday, when it unveiled a Google doodle depicting Olympic competitors backed by the rainbow colors, which represent gay pride.

Underneath, the search giant quotes another portion of the Charter (pdf):

"The practice of sport is a human right. Every individual must have the possibility of practicing sport, without discrimination of any kind and in the Olympic spirit, which requires mutual understanding with a spirit of friendship, solidarity and fair play."