Accessibility links
Is Early Sochi Criticism Par For The Course? : The Edge The Sochi Olympics have been criticized for poor preparation, security concerns, and Russia's policies on human and animal rights. The Russians aren't pleased. But host-bashing is a popular pastime.

Is Early Sochi Criticism Par For The Course?

Is Early Sochi Criticism Par For The Course? 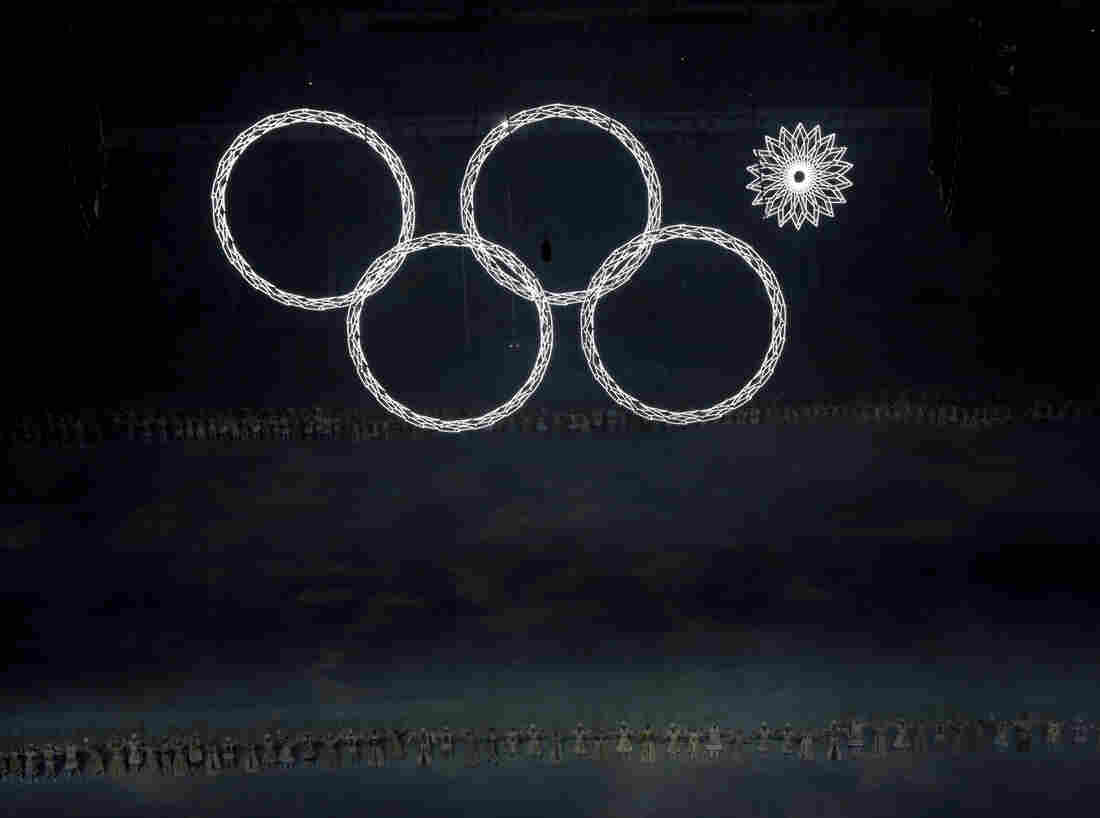 A technical glitch kept one of the massive Olympic rings looming over the stadium dark during the opening ceremony of the 2014 Winter Olympics in Sochi, Russia, on Friday. David J. Phillip/AP hide caption

Criticism Mounts ... With Less Than 6 Months To Go

Ready To Host The Olympics?

If you click on these links, you'll find that they are from the Olympics in Vancouver, Beijing and Torino, respectively. It just goes to show that Sochi isn't alone in the criticism it has received from the world's media ahead of the games.

Of course, in Sochi the headlines have centered on human rights — and heavily focused on gay rights — as well as animal rights issues, the lack of preparation and security concerns. But some past Olympic Games, which were labeled successful, have met with some of the same types of criticism.

Here are some of the recent Winter Games and the headlines they drew: 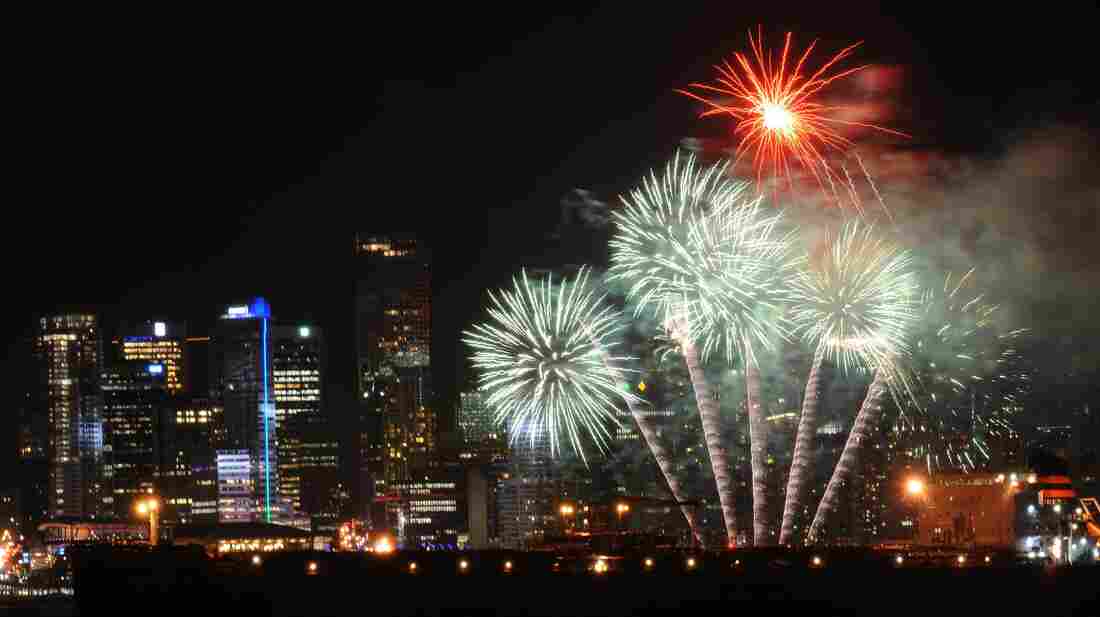 Fireworks explode at the end of the Opening Ceremony of the 2010 Winter Olympics seen from the Vancouver Olympic Village on Feb. 12, 2010. Marc-Antoine Baudoux/AFP/Getty Images hide caption 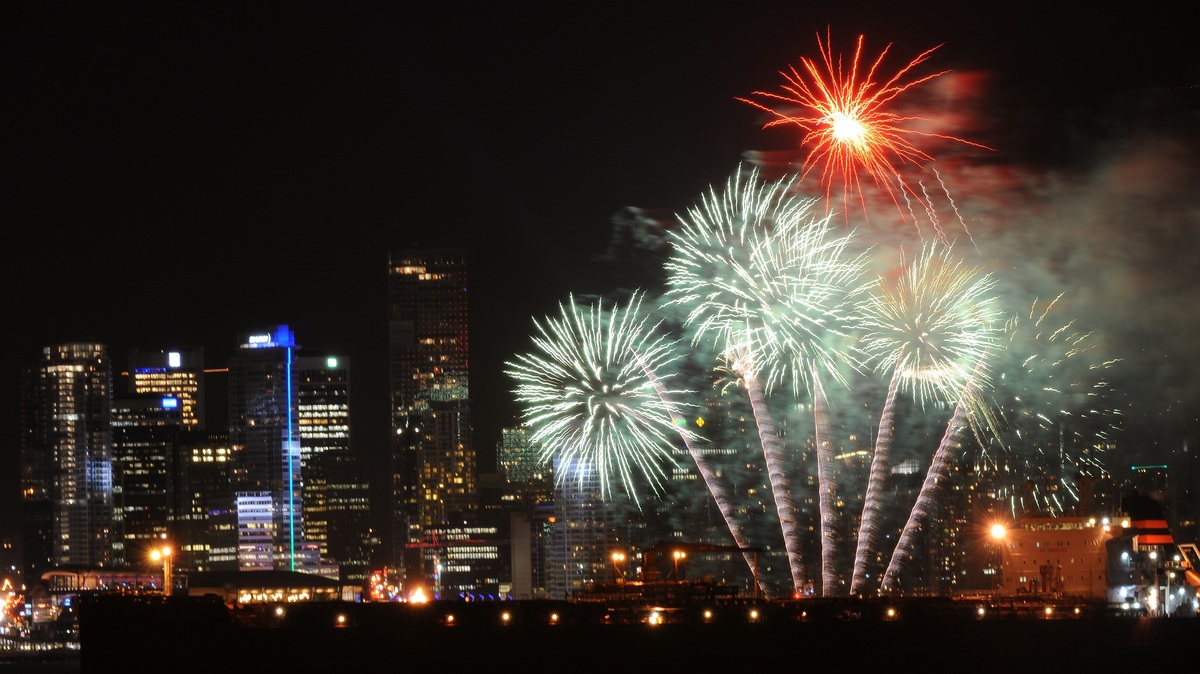 Fireworks explode at the end of the Opening Ceremony of the 2010 Winter Olympics seen from the Vancouver Olympic Village on Feb. 12, 2010.

In a story headlined, "Vancouver Games Continue Downhill Slide From Disaster To Calamity," the Guardian called the 2010 Winter Olympics the "worst games ever." Here's more:

"It is hard to believe anything will surpass the organisational chaos and naked commercial greed of the 1996 Summer Games in Atlanta or the financial ­disaster of the 1976 Games, which ­bankrupted Montreal, yet with every passing day the sense of drift and nervousness about the Vancouver Games grows ever more noticeable."

There were news reports about bad weather, the transportation system, the electrical wiring and the tragic death of Georgian luger Nodar Kumaritashvili during a training run. 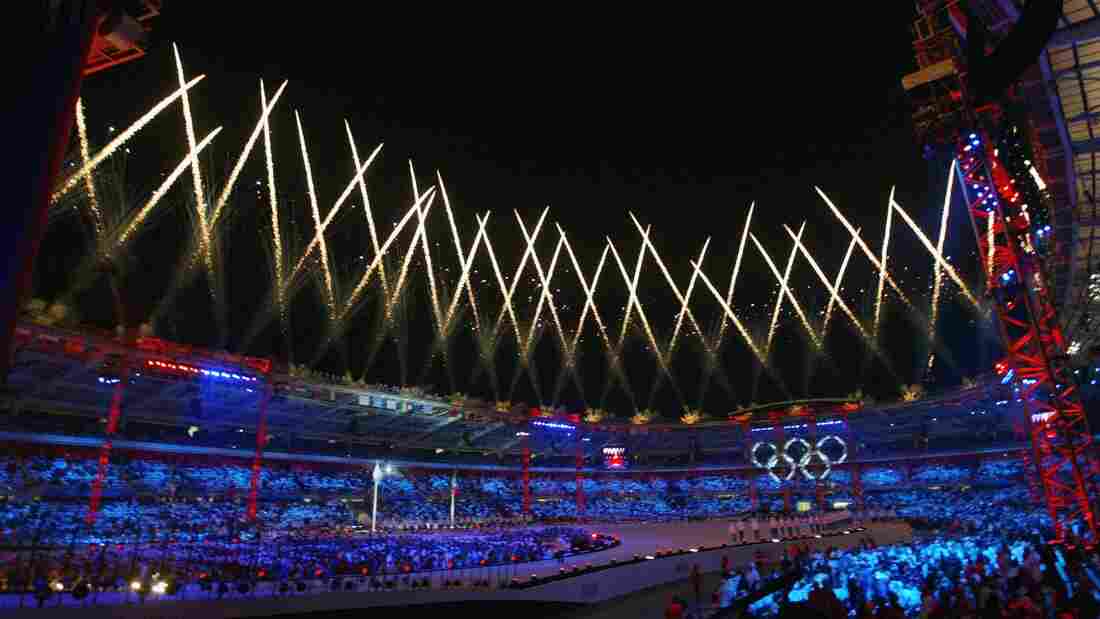 Fireworks light up the sky during the Opening Ceremony of the Turin 2006 Winter Olympic Games on Feb. 10, 2006, at the Olympic Stadium in Turin, Italy. Agence Zoom/Getty Images hide caption 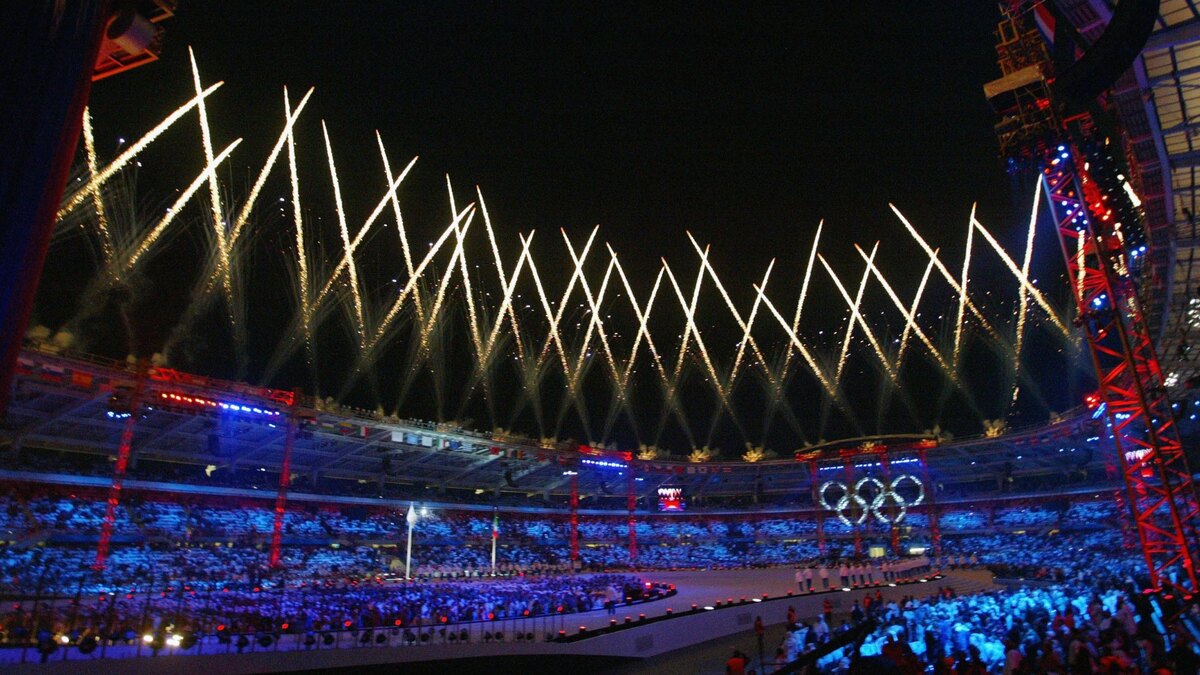 Fireworks light up the sky during the Opening Ceremony of the Turin 2006 Winter Olympic Games on Feb. 10, 2006, at the Olympic Stadium in Turin, Italy.

The initial response at the news that the Italian city would host the games was similar to that of Sochi: Where?

As NBC News reported at the time:

"Torino is second-tier industrial city at the foot of the Alps — well off the tourist trail, which even hometown automaker Fiat has been gradually abandoning. It is a town Hannibal once leveled. It's smog-covered skyline is the color of a bad cold. Landing the Olympics was a surprise chance at rebirth."

And, The New York Times reported, problems before the games – real or perceived – gave way to appreciation at the end.

"Initially, organizers were also worried about transportation to the far-flung mountain sites — many of which are connected by one two-lane road full of hairpin turns — but aside from a few glitches in the system, transportation was not a major issue," the newspaper reported at the time. "The weather eventually turned wintry in the mountains after months of little snow." 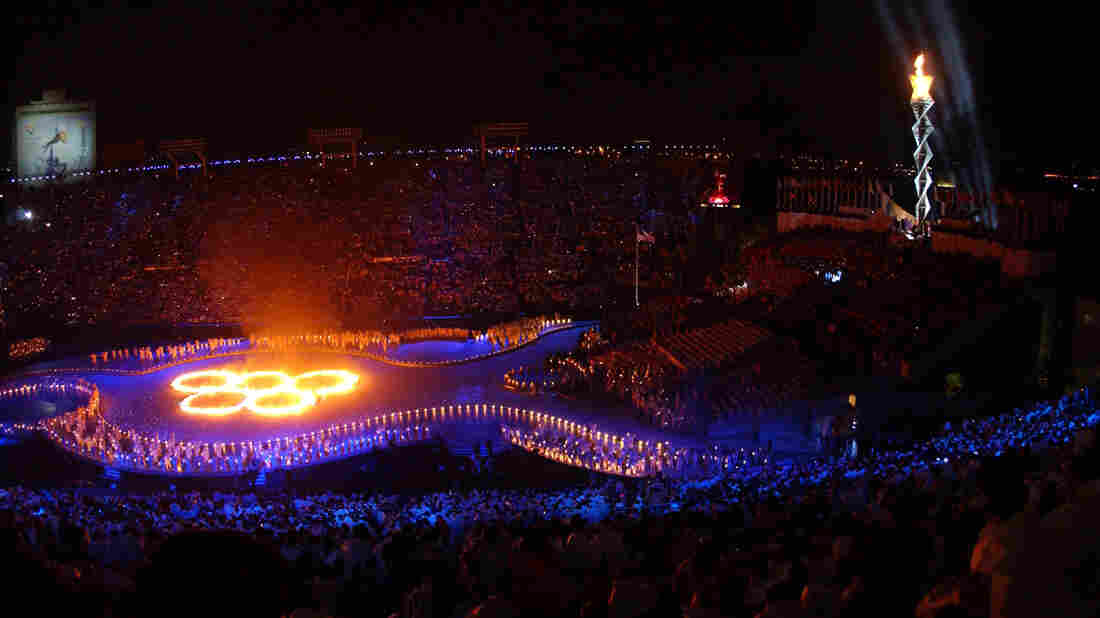 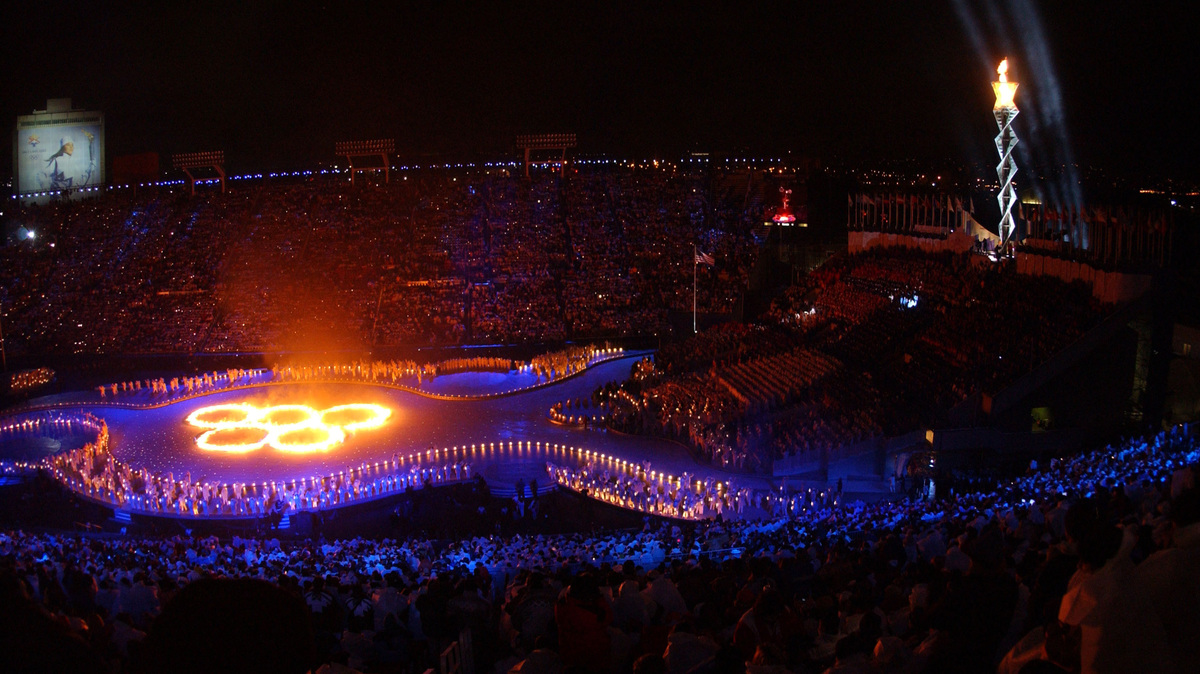 The Olympic Flame burns during the Opening Ceremony of the 2002 Salt Lake City Winter Olympics at Rice-Eccles Stadium.

These, of course, were Mitt Romney's games. But before he took over, the games were mired in the worst (that we know of) corruption scandal ever involving the Olympics. As The Times noted:

"A series of revelations about the scandal in late 1998 and in early 1999 severely damaged the Olympic movement and the credibility of the committee, and threatened to topple the committee's president, Juan Antonio Samaranch."

The games are now remembered for their remarkable turnaround.

The hosts of Summer Olympics past also have been plagued with image problems: Remember the headlines from Athens (preparedness), Beijing (pollution, himan rights) and London (gridlock)?

Rio, which hosts the games in 2016, is already facing criticism. Apparently, the open season on the Olympics start years in advance.

The push against Russia's policies toward the gay community has been seen in wide-ranging reactions from the choice for the U.S. delegation to Soch to the Google doodle on Friday, the day of the opening ceremonies. It remains to be seen whether Sochi can put the criticism behind it as the nation gets deeper into the games.