Accessibility links
U.S. Speedskaters Get A Little Help From Their Friends : The Edge U.S. Olympic teams have been more successful in speedskating than in any other winter sport. The secret to their success includes talent, skill, hard work, and a network of support. 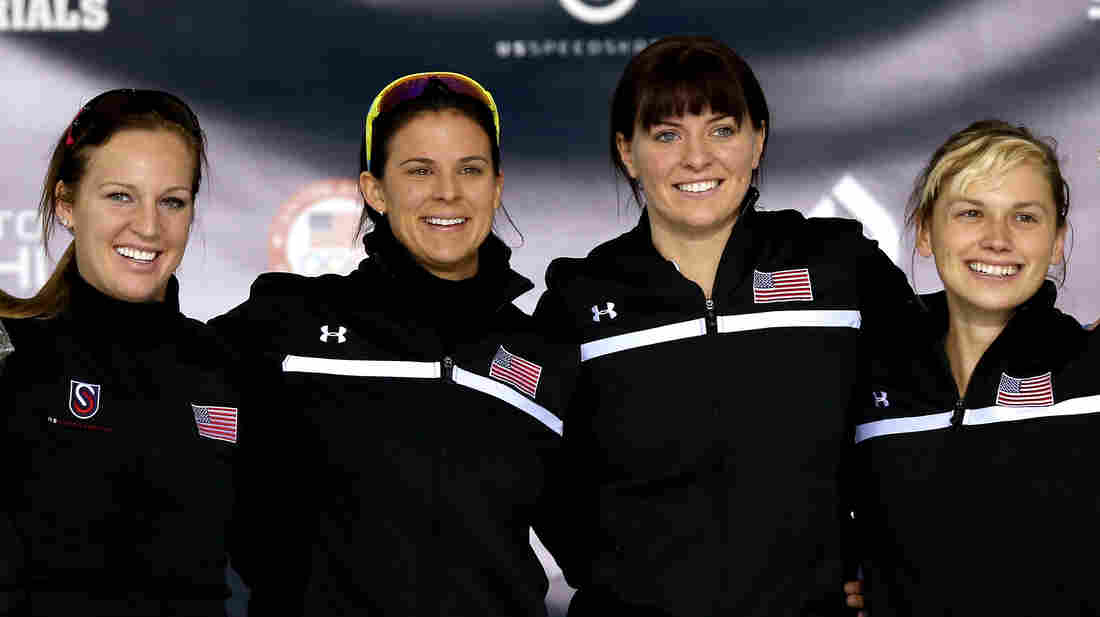 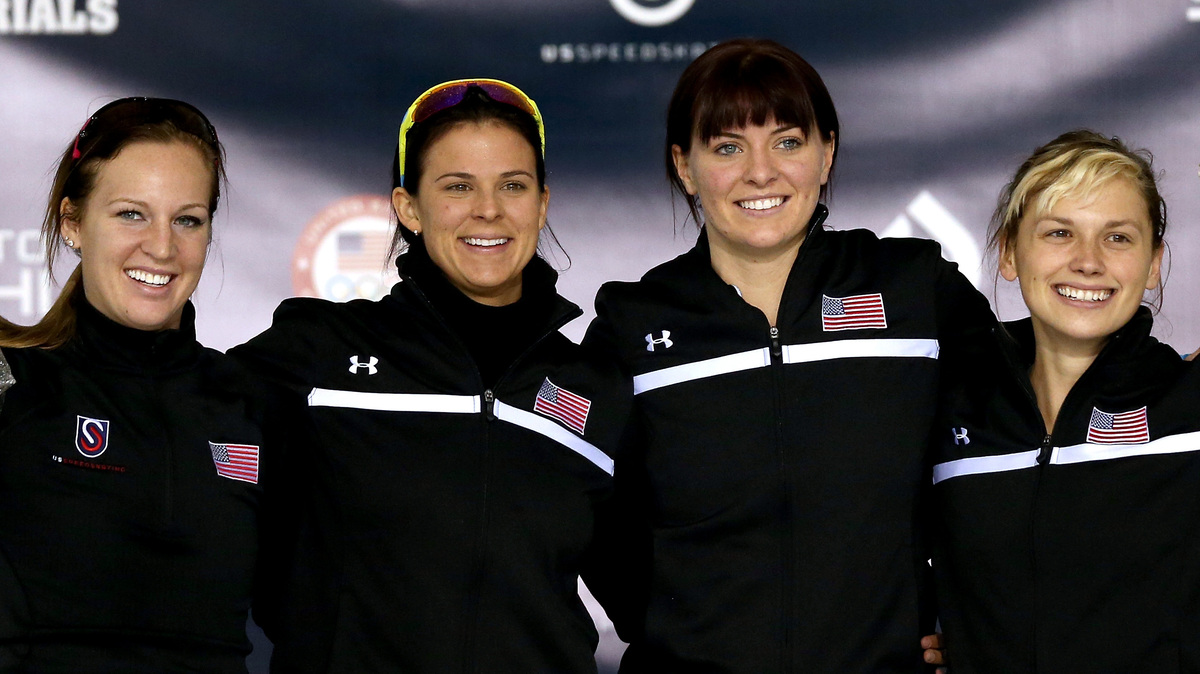 Speedskating is the U.S.'s most successful winter Olympic Sport. In Sochi this year, great things are expected again.

The secret to their success includes talent, skill and hard work, but there's also a network of support that buoys the team.

Two-time gold medalist Shani Davis is looking to win a history-making third: He would be the first speedskater to win the same event in three different Olympics. 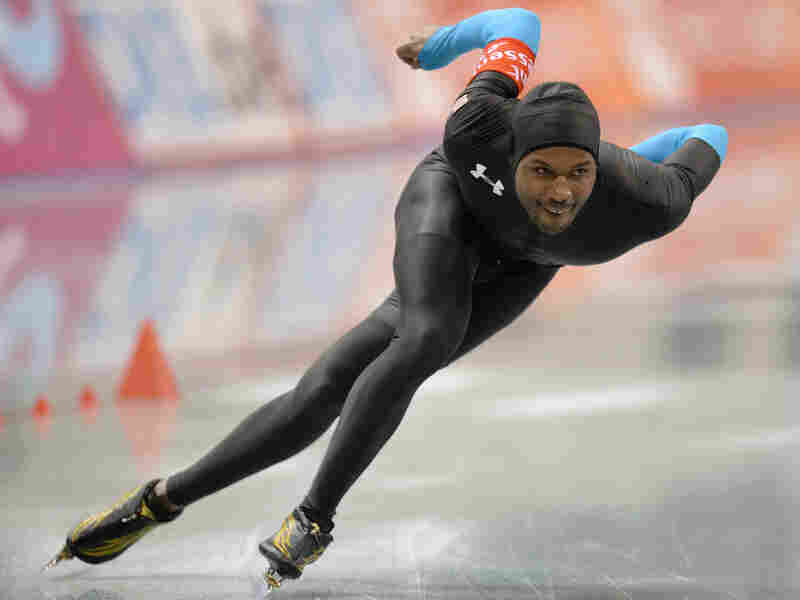 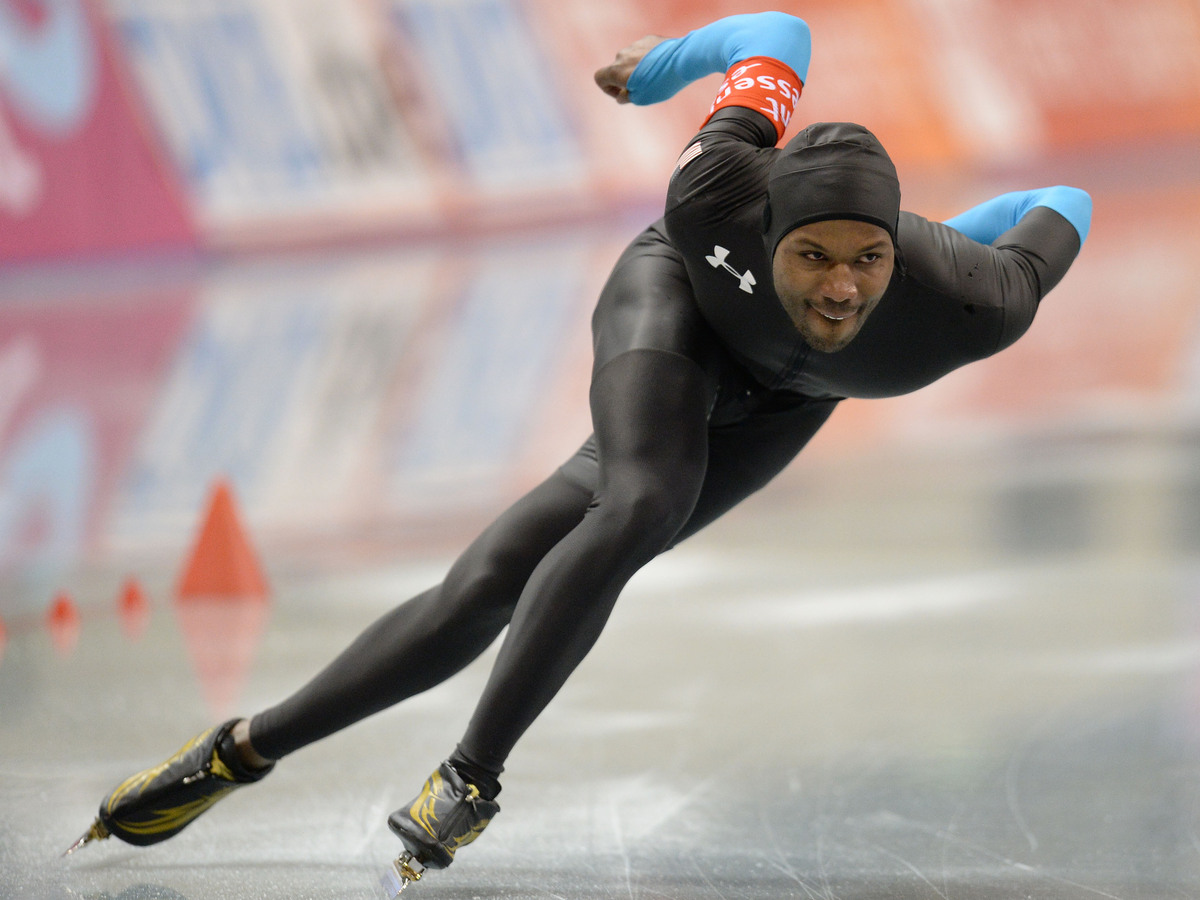 Shani Davis during the World Sprint Speed Skating Championships in January. Davis is hoping for his fourth gold medal in the 1,000 meter race.

During the eight years since his first gold, Davis has brought so many kids into the sport, he's beginning to compete with them. One them is his teammate, Brian Hansen.

"Just look at Shani Davis," Hansen says. "He has two gold medals and two silver medals; first black athlete to ever win a gold medal in the Winter Olympics and in an individual event. In my opinion, he's underrated."

As good as Davis or any of his other teammates are, when you're in a sport with legendary names like Apollo Ohno, Bonnie Blair or Dan Jansen, the expectations are high. Real high.

"Sometimes we joke, you know, a gold medal's almost not enough," Hansen says. "You need a gold medal and a story, or you need three gold medals."

'We All Help Each Other'

Hansen is one of the speedskaters who grew up in the sport. Many of his teammates, however, switched — from inline skating (roller blades) to ice skates.

Brittany Bowe is one of them. Not only was she a competitive inline skater, she also played college basketball. Of the teams she's been on, Bowe says, this one is different.

"We all help each other," Bowe says. "We all pick each other up and we make each other better every day. Having Heather next to me, who is one of — if not the — fastest women in the world, is definitely an advantage."

She's talking about Heather Richardson, her teammate and roommate. Both Richardson and Bowe are considered favorites to medal during the the Winter Games. Richardson says even though there's a lot of pressure on the speed skating athletes to succeed, when you know and skate with people who've won gold, it doesn't seem out of your reach.

"One person has a medal and then everyone else is going to want a medal," Richardson says.

Part of what makes all that realistic is the help that the speed skating team has gotten. A New York doctor gave each of the athletes Lasik eye surgery if they wanted it. Lockheed Martin and Under Armour joined forces to make the team new, Space-Age suits that look a little like Spider Man's outfit.

Joey Mantia, who is new to speedskating, also switched from inline skating. He says Lasik surgery helped him to see better and gave him confidence. So did the new suits, because he knew they were developed after some serious research.

"Legitimate R and D," Mantia says. "Not just some guys skating out, doing a couple laps and saying 'Oh, it feels faster.' They actually put these things in a wind tunnel and did hundreds and hundreds of hours of testing in different skating positions, so you know that the science checks out on that."

Mantia says with new eyesight and a new suit, you never know what's next.

"Bionic legs," he jokes. "I'm going to get the procedure done. Never get tired again, because big legs get tired. You never know who the next mad scientist is who is going to dream something like that up."

"We're just real lucky that we have a lot of good support staff to give us these little benefits as we come into the Olympics."