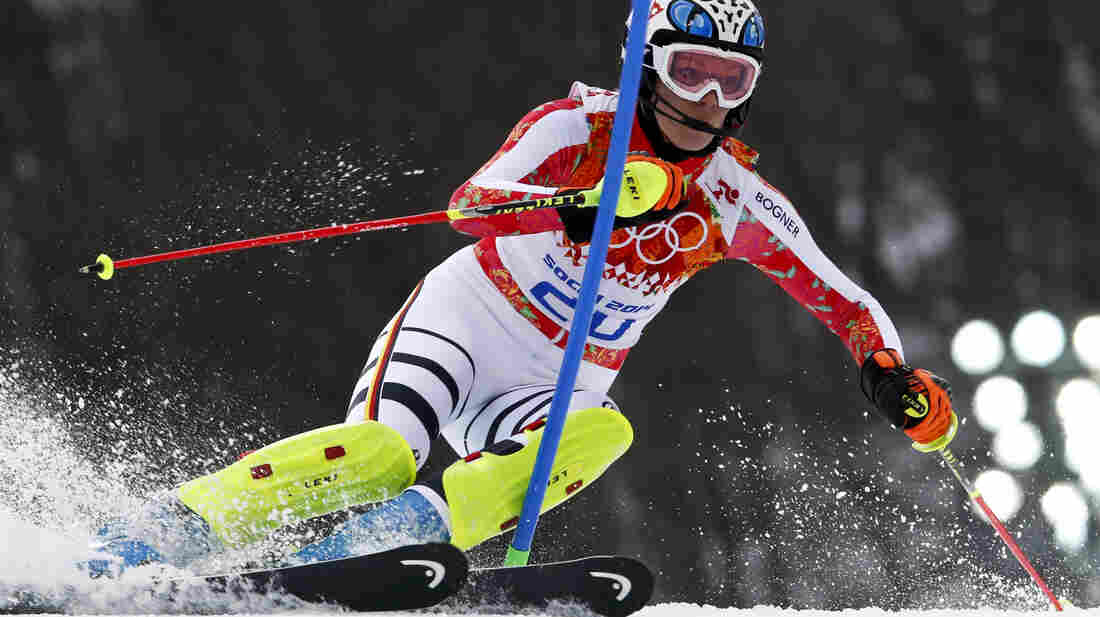 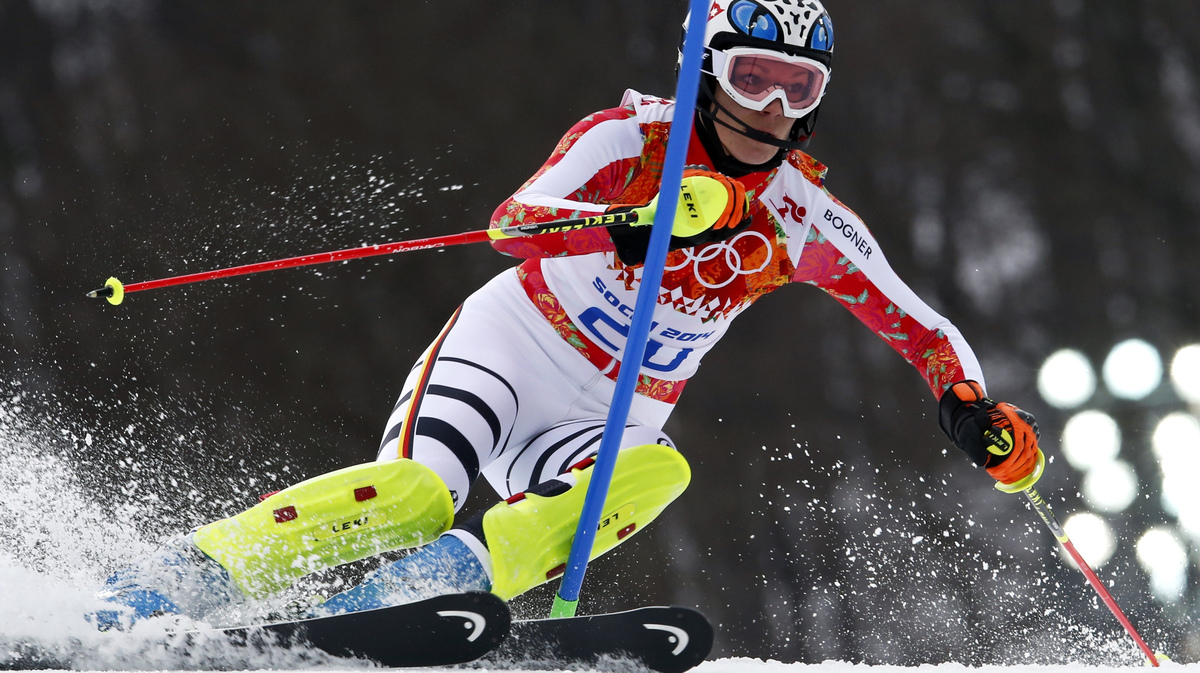 Germany's Maria Hoefl-Riesch during the slalom run of the women's alpine skiing super-combined event at the 2014 Sochi Winter Olympics.

As always, if you're among those who don't want to know who's won what until NBC-TV's primetime show is on the air, stop reading now. For those who do like to know what's happening, here's a quick look at the medals already awarded today and some of what's coming later on:

Germany's Maria Hoefl-Riesch won the gold medal in the women's super-combined Alpine skiing event Monday. As The New York Times reminds us, it's her third career gold. The silver went to Nicole Hosp of Austria, while Julia Mancuso of Team USA won bronze.

USA Today notes that this is Mancuso's fourth Olympic medal and that "no other American woman skier — not Lindsey Vonn (who is not competing here because of recent knee surgery), not former great Picabo Street — has more than two Olympic medals."

Also Monday, Charles Hamelin of Canada won the men's 1500-meter short track speed skating event. The CBC says it's his "fourth career Olympic medal ... first of the 2014 Games" and that "Hamelin is three medals away from becoming the most decorated Canadian Olympian ever."

Russia is basking in the team figure skating victory. Russian state television showed President Vladimir Putin shaking hands and congratulating the skaters. That victory was clinched by the performance of the 15-year-old Julia Lipnitskaia.

In speed skating, long track star Shani Davis of the U.S. takes to the ice Monday. Davis is competing in the 500-meter race. The 31-year old, who won gold in each of the two previous games in the 1000-meter races, is not expected to win the 500.

"Michel Mulder of the Netherlands won the men's 500 meters Olympic speed skating title Monday in another Dutch clean sweep of the medals, with his twin brother Ronald grabbing bronze," Reuters reports. "Mulder clocked a total time of 69.31 seconds for his two 500 metre races, just 0.01 seconds ahead of compatriot Jan Smeekens who had to settle for silver."