Accessibility links
So Far At The Games, A Low-Key Response To Russia's Anti-Gay Law : The Edge There haven't been any pronouncements in favor of gay rights at news conferences or on medal stands yet. And LGBT activists aren't too surprised.

So Far At The Games, A Low-Key Response To Russia's Anti-Gay Law

So Far At The Games, A Low-Key Response To Russia's Anti-Gay Law 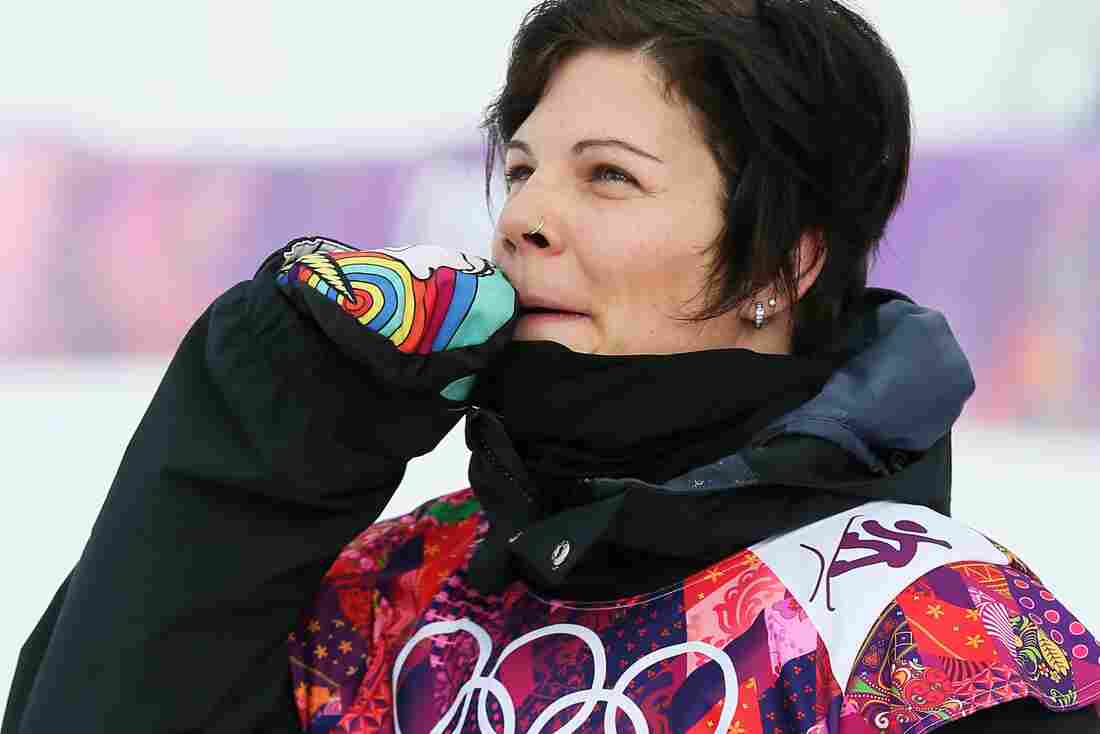 Cheryl Maas of the Netherlands, after her second run in the women's snowboard slopestyle semifinal in Sochi on Sunday. Sergey Ilnitsky/EPA/Landov hide caption 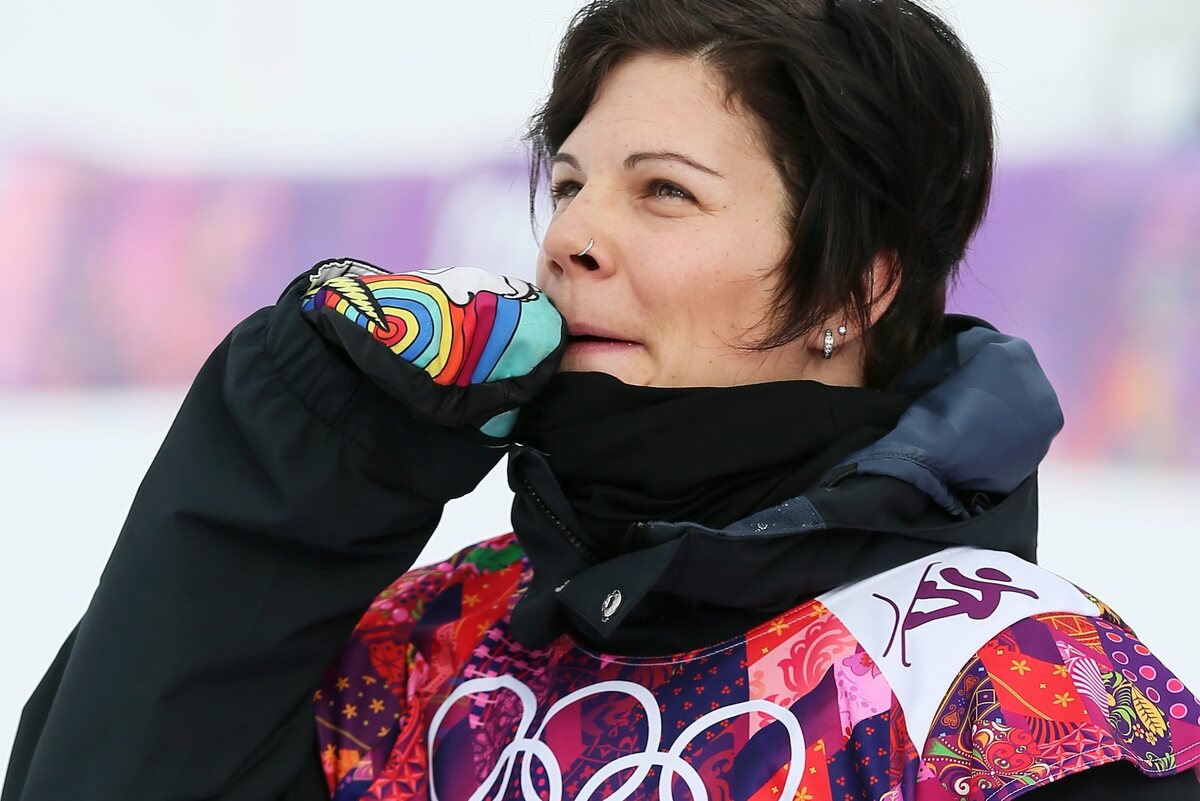 Cheryl Maas of the Netherlands, after her second run in the women's snowboard slopestyle semifinal in Sochi on Sunday.

Leading up to the Olympics in Sochi, a dominant storyline was Russia's anti-gay propaganda law and what it might mean for athletes and other visitors. Would athletes protest in any way? Would Russian LGBT activists try to demonstrate against the propaganda law at the Olympics?

The answers (so far, at least) are: barely, and not really.

On Friday, Dutch snowboarder Cheryl Maas, who is openly gay, held one of her mittens up to a television camera, displaying a rainbow and a unicorn.

But there have been no pronouncements in favor of gay rights at news conferences or on medal stands yet. And LGBT activists aren't entirely surprised.

"Do I want to make a statement at the end of my event or do I want to hold up a 6?" says Olympian David Pichler, referencing Principle 6 of the Olympic Charter, which calls for nondiscrimination. "Thinking about that distracts you from your focus, and they don't need to do that."

Pichler competed in diving in the 1996 and 2000 Games. He is gay and came to the Sochi Games to see for himself how gay athletes and visitors were being treated. So far, he and his colleagues from Human Rights First have felt safe as they've taken in women's ice hockey and a women's snowboard slopestyle competition.

"We're not here to cause some type of activity or ruckus," says Pichler. "We don't want to disturb the athletes, either."

The most prominent public mention of the anti-gay law came on the day competition began. In a news conference, Russian Deputy Prime Minister Dmitry Kozak predicted the games would be safe. Then he reaffirmed his support for the anti-gay law while seeming to conflate homosexuality and pedophilia.

"Nothing will happen," he said. "Any adult has his or her right to understand their sexual activity. Please do not touch kids. That's the only thing."

The Russian government set up a protest zone far from the Olympic Park, in a neighboring town at least 20 minutes away by train. And by all accounts it hasn't been getting much use. On the day of the opening ceremony, four Russian LGBT athletes were arrested as they tried to unfurl a banner displaying Principle 6. But they weren't in Sochi — they were more than 1,000 miles away in St. Petersburg.

The group visiting from Human Rights First met with one of the activists the day before the attempted protest and arrest. So, says Shawn Gaylord, advocacy counsel for the group, he isn't surprised not to see any LGBT activism around the Olympic Park.

"It's hard to even imagine as you look around the park, like, what could there be that would establish an LGBT presence other than a demonstration, which would get shut down as soon as it starts?" he says. "I think it's a smart move [for Russian activists] not to spend all of their time and money getting people down here for such a little payoff."

He still thinks it's possible that sometime in the next two weeks an athlete will make a public statement. But there was probably way more conversation about LGBT issues in Russia before the Olympics than there will be during — because now the sports have taken over.