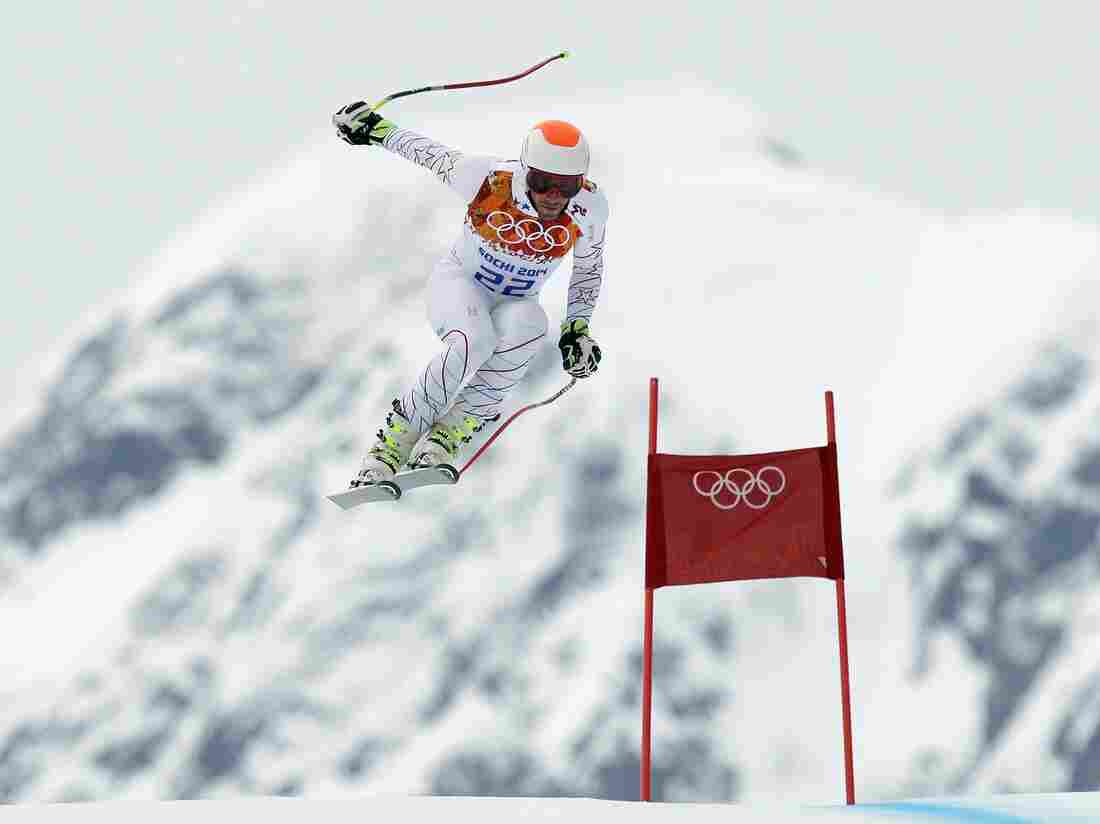 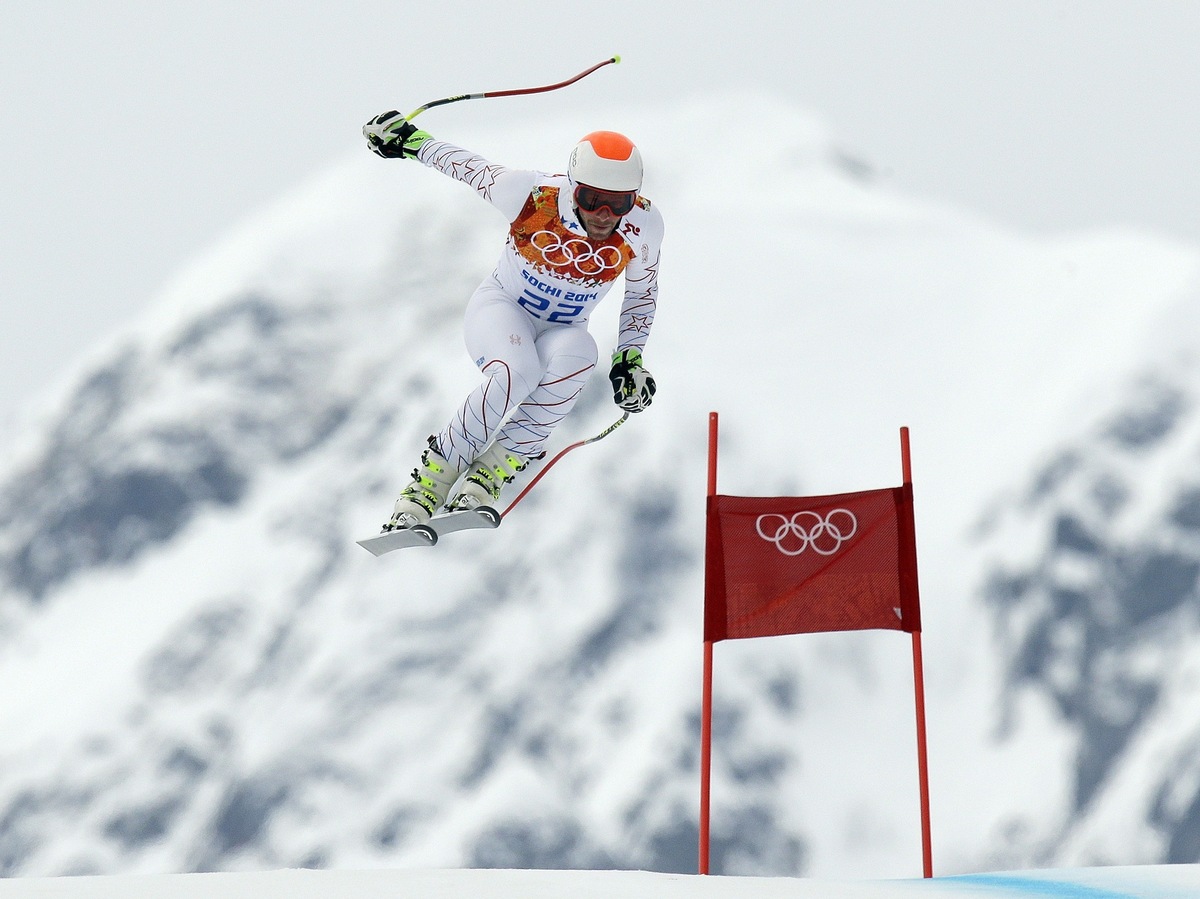 Bode Miller of the United States makes a jump during men's super-combined downhill training at the Sochi 2014 Winter Games on Tuesday.

Athletes prepare for years to compete in the Olympics, and then, in a flash, it's all over. For American speed skaters it's been a terrible Olympics, but U.S. men's Alpine skiers are managing to turn around a medals drought.

In the men's super-G competition Bode Miller won the bronze. At 36 years old, he is the oldest person ever to win a medal in Alpine skiing at the Olympics. It makes him one of the most decorated American winter Olympians, winning a total of six medals in three different Olympics.

Miller, coming back from an injury, has been dealing with the death of his younger brother over the last year and had two mediocre performances earlier in these games. All that came over him in a wave of emotion at the end of the race, he said at a news conference.

"Today was one of those struggles, that emotionally felt like a true struggle," Miller a few hours after winning bronze. "So, in a way that is a little bit of a special type of achievement."

Another remarkable thing about Miller's bronze is that he won it in a tie, skiing more than a mile downhill and finishing with exactly the same time, down to the hundredth of a second, as Canadian skier Jan Hudec.

Another American Alpine skier, Andrew Weibrecht, took silver. He's not a household name, and wasn't expected to win. His only other medal in an international competition came in the same event at the Vancouver Games, where he won bronze.

Weibrecht's had injuries and four major surgeries since Vancouver and his performance in recent years has been so poor that the U.S. Ski Team dropped him for a while.

"To come down through the finish and have a run that I knew that I could have but I haven't been able to do in a race for a long time, I mean that's a great feeling," he said after his second-place finish.

Weibrecht happened to have the best minute and 18 seconds of his career at just the right time.

The ice dancing duo of Meryl Davis and Charlie White are competing today in the short program and they are favored to win gold. Even so, these games have proven repeatedly that being a favorite doesn't mean anything. The pair is immediately recognizable because of White's big mop of curly blonde hair.

They already placed first in both the short program and long program in the team competition earlier in the Olympics, beating out their closest rivals, from Canada, by a lot. Davis and White won silver in Vancouver, and they don't seem to be bothered by the high expectations in Sochi.

Davis and White say they've been working hard to get to this point since they first starting skating together when they were just 10 years old.