Accessibility links
U.S. Men's Hockey Beats Slovenia, Securing Spot In Quarterfinals : The Edge The 5-1 victory at Sochi's Shayba Arena comes a day after the Americans defeated the Russians in a preliminary round. 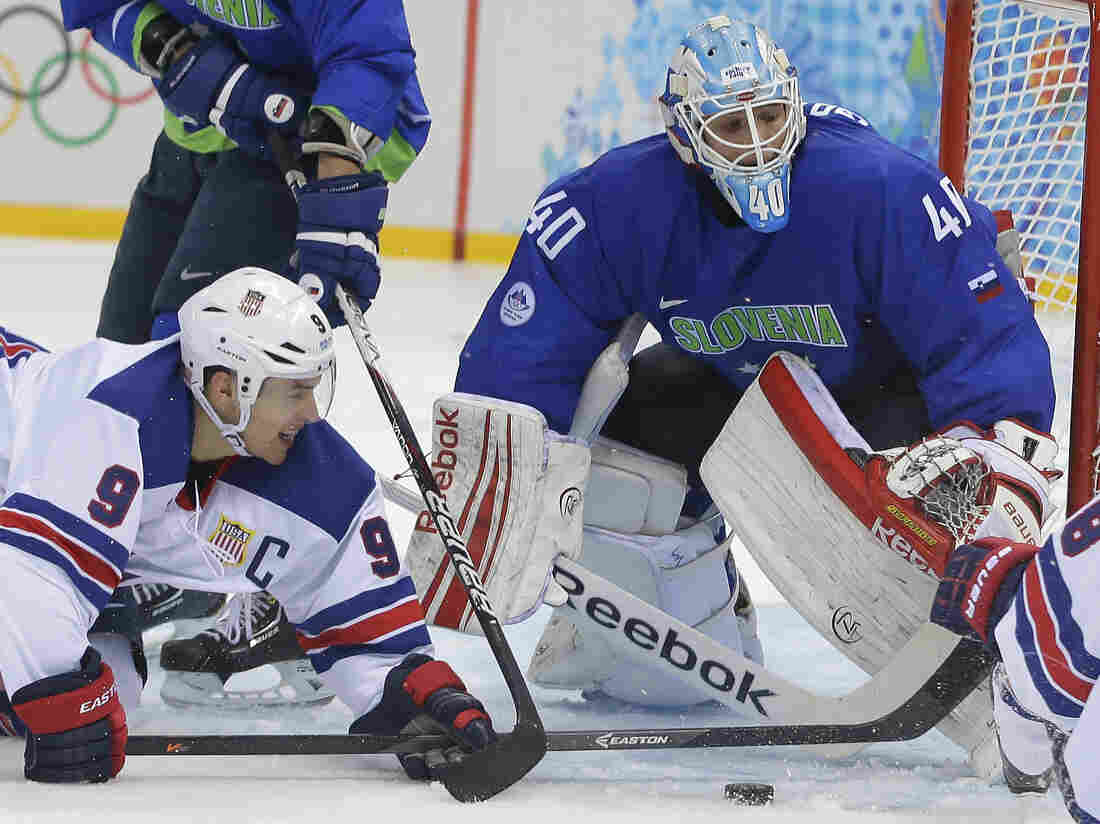 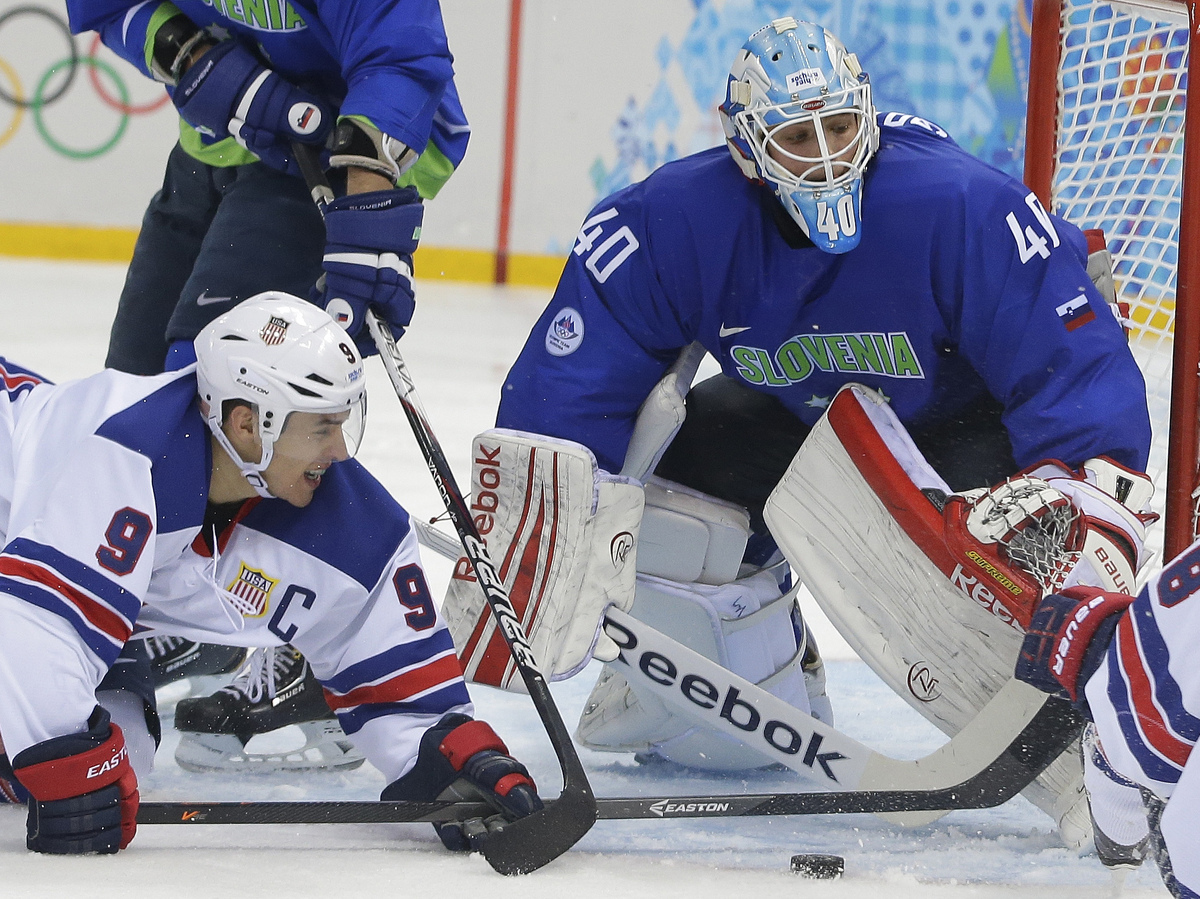 The U.S. men's hockey team nearly shut out Slovenia in the Winter Olympics on Sunday but allowed one goal in the final seconds of the game. The 5-1 win gives the U.S. team an automatic spot in the quarterfinals.

Virtually every hockey game here in Russia is, of course, an away game for the U.S. team. The opposing teams have more fans, more flags, more face paint.

Each time one of Slovenia's players prepared to shoot, its fans chanted. But it was only at the very end of the game that they got to stand and cheer their lone goal.

Meanwhile, with each of the U.S. team's five goals, a small roar went up and American flags sprouted in stands.

Stephen Bozek, from Chicago, was among the fans rooting on the U.S. team Stephen, 24, is the brother of U.S. Women's hockey player Megan Bozek, 22. Stephen and his family watched the game, their flag at the ready.

Bozek said he's having a great time at the Olympics and doesn't mind a bit that American fans are outnumbered.

"It makes it that much better when we win," he said. "The winning feeling is twice as good."

(Quick fashion note: Slovenia and the U.S. both have flags that are red, white and blue. So at first glance it can be hard to tell which team fans are backing. Is that guy in the red, white and blue wig American or Slovenian? But here's something that helped: The Slovenian team and fans also wear a vibrant blue, lime green and white. Folks in those colors are hard to miss. )

For the U.S. team, Phil Kessel of the Toronto Maple Leafs, scored three goals. Ryan McDonagh of the New York Rangers and David Backes of the St. Louis Blues scored one goal each.

Slovenia's Marcel Rodman scored his team's only goal with 17 seconds left in the game.

As the U.S. and Slovenia played at the Shayba Arena, right across the road at the bigger Bolshoy Ice Dome, Russia struggled with Slovakia, winning 1-0 in a shootout.

The U.S. now waits to see who its next opponent will be.