Accessibility links
Foggy Weather Throws Events Off Course In Sochi : The Edge Olympic planners are racing to reschedule events such as the biathlon and snowboard cross because of limited visibility. 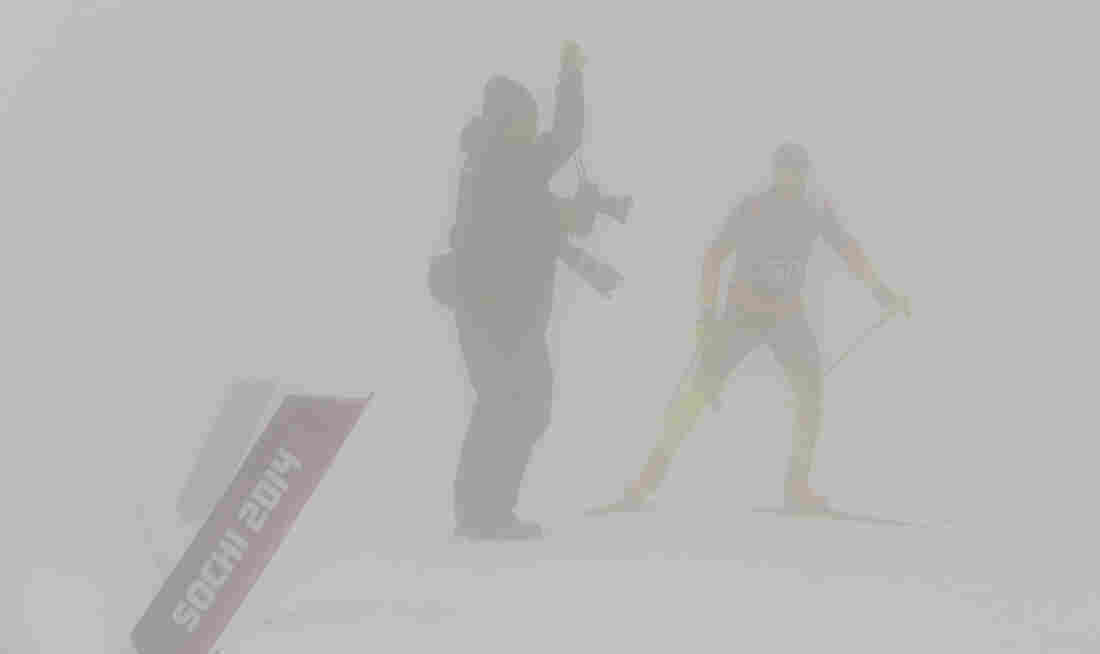 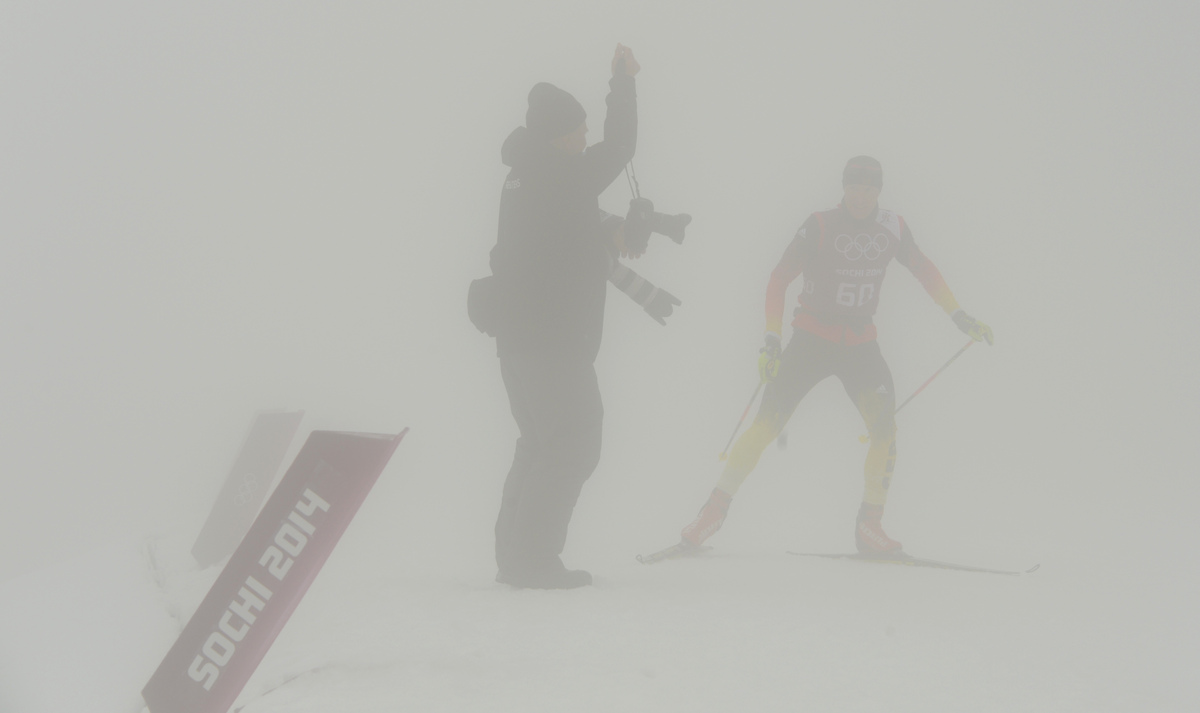 An athlete trains Monday at the Laura Cross-Country Ski and Biathlon Center Coaches at the biathlon course said fog and poor snow quality were big problems.

A fog as thick as Russian borscht rolled into the mountains above Sochi on Sunday night. From the vantage point of the relatively low-altitude bobsled track, the gondolas heading up to the cross-country center and alpine venues disappeared into the clouds.

The weather is creating all sorts of problems for Olympic planners. A men's biathlon race was postponed Sunday because of low visibility. It was postponed again Monday. (The women's race was still on track for today.)

"In biathlon, fog is an even bigger problem because it limits the visibility on the shooting range.

" 'You have to be able to hit the targets,' said Jerry Kokesh, the editor of the International Biathlon Union's official website, adding that the course becomes more dangerous as well. 'Uphills are not a problem, but downhills are. ... That can be a serious safety concern.' "

There was a plan to try to go directly to the snowboard finals this afternoon, but racers said they really need time to practice and qualify on the Rosa Khutor Extreme Park course. Otherwise, they said, it would be too dangerous.

Organizers were looking ahead to Tuesday to reschedule the biathlon and snowboard races. Accuweather predicts the skies over Sochi will remain cloudy, with rain a possibility, until the sun breaks through Wednesday.

Even the bobsled event isn't immune to the weather. A few drivers blamed their times on the warm fog that slowed down the track Sunday.

The fog affects competition, but of course it's probably a bigger worry to the TV cameras that drive the games. NBC and the other broadcasters have been getting good ratings showing events amid glorious skies and craggy white mountains in the background.

No one wants to watch a guy disappear into a cloud.