Accessibility links
In Bobsled, 'You Learn As You Go' : The Edge The Olympic event was all-male until 2002. Often, the "brakemen" are plucked off a land sport, like track and field. "It's not like you get a tutorial or something, or you grow up doing bobsled," says American Aja Evans.

In Bobsled, 'You Learn As You Go'

In Bobsled, 'You Learn As You Go' 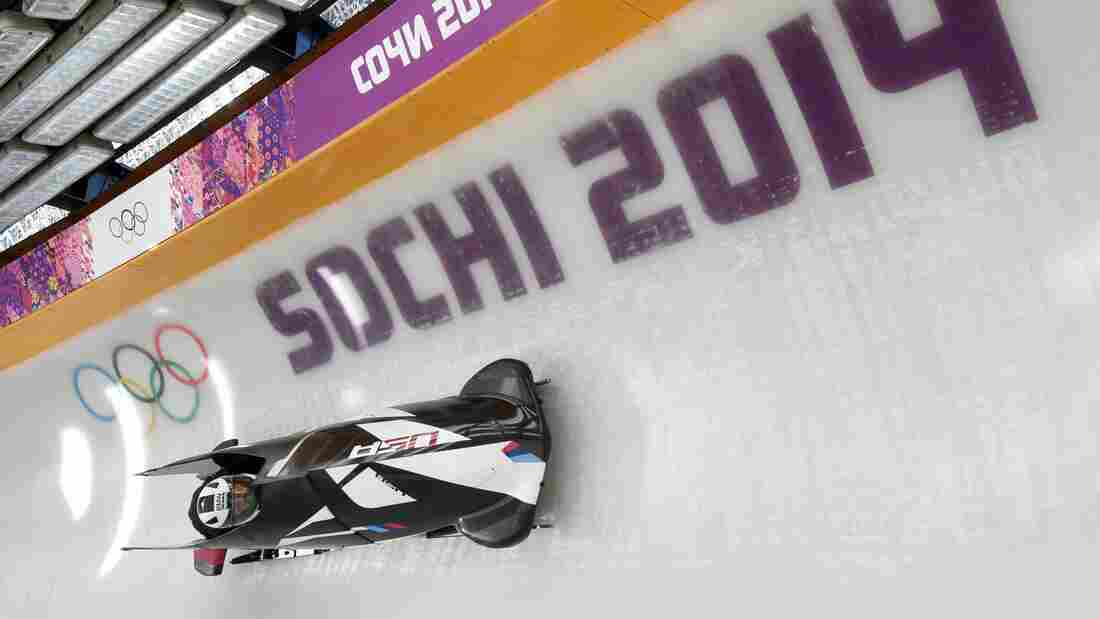 Elana Meyers, during a training session in Sochi last week, is a driver on the U.S. team. She started out as a brakeman. Tobias Hase/EPA/Landov hide caption 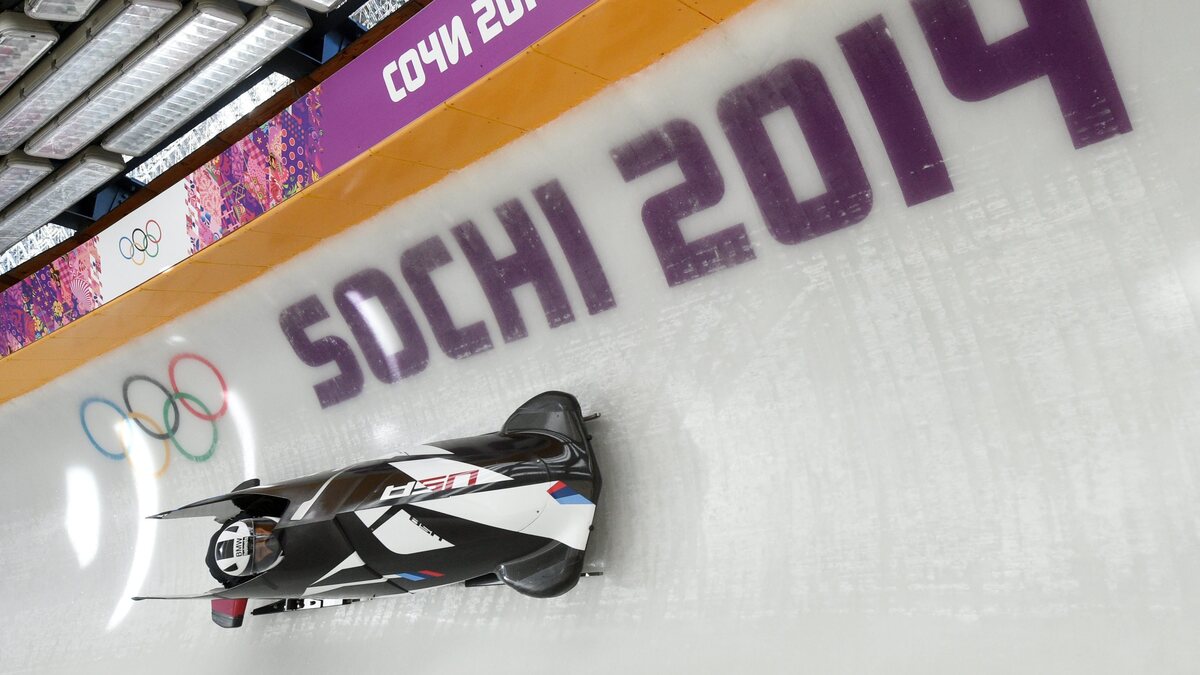 Elana Meyers, during a training session in Sochi last week, is a driver on the U.S. team. She started out as a brakeman.

If there's one sport in the Winter Olympics you can do with your eyes closed, it's bobsled.

The bobsled brakeman does about five seconds of hard work, jumps in the sled and can then relax a bit. During the women's bobsled competition tonight in Sochi, we should keep our eyes open, because it's fun to watch.

The women call themselves brakemen — not brake women or brake person — in a nod to the fact that bobsled was an all-male sport until 2002.

Even now, the women only race two-man — not four-man — bobsled.

Elana Meyers is the No. 1 driver on the U.S. team. She started as a brakeman and says that athlete has two jobs — pulling the brakes at the end and pushing hard. A brakeman also needs the gracefulness of a ballet dancer to hop into the sled without pulling it back or slowing it down.

"There's not much glamour to pulling the brakes near the end," she says, "so they have to use that time to shine."

When women's bobsled became an Olympic sport, the U.S. team had to search for athletes, because not many women had grown up driving or pushing bobsleds. But the Americans were in luck: The U.S. led the world in track and field stars, and they know how to run.

Aja Evans was a shot putter and sprinter at the University of Illinois.

"In this sport, you learn as you go along," she says. "It's not like you get a tutorial or something, or you grow up doing bobsled. No, you've got to learn."

There's no way to learn bobsledding slowly. The brakeman is often plucked off a land sport and plopped into a sled the next day. Elana Meyers was a softball player at George Washington University when she went to try out with bobsled.

She says she was sent to the top of a hill and told to just get in and go down.

"I was completely disoriented, but I wanted to go again," she says.

Meyers worked her way up to driver. Now she's the one recruiting track stars to the team, putting them into the sled without warning.

In bobsled, Team USA features two summer Olympians as brakemen: Lauren Williams is a gold and silver medalist in the sprint; Lolo Jones did the hurdles in Beijing and London.