Accessibility links
Team USA's Ted Ligety Wins Gold In Giant Slalom : The Edge The 29-year-old skier from Park City, Utah, is now the first American to have won two gold medals in Alpine skiing. His first came at the 2006 games in Torino, Italy. 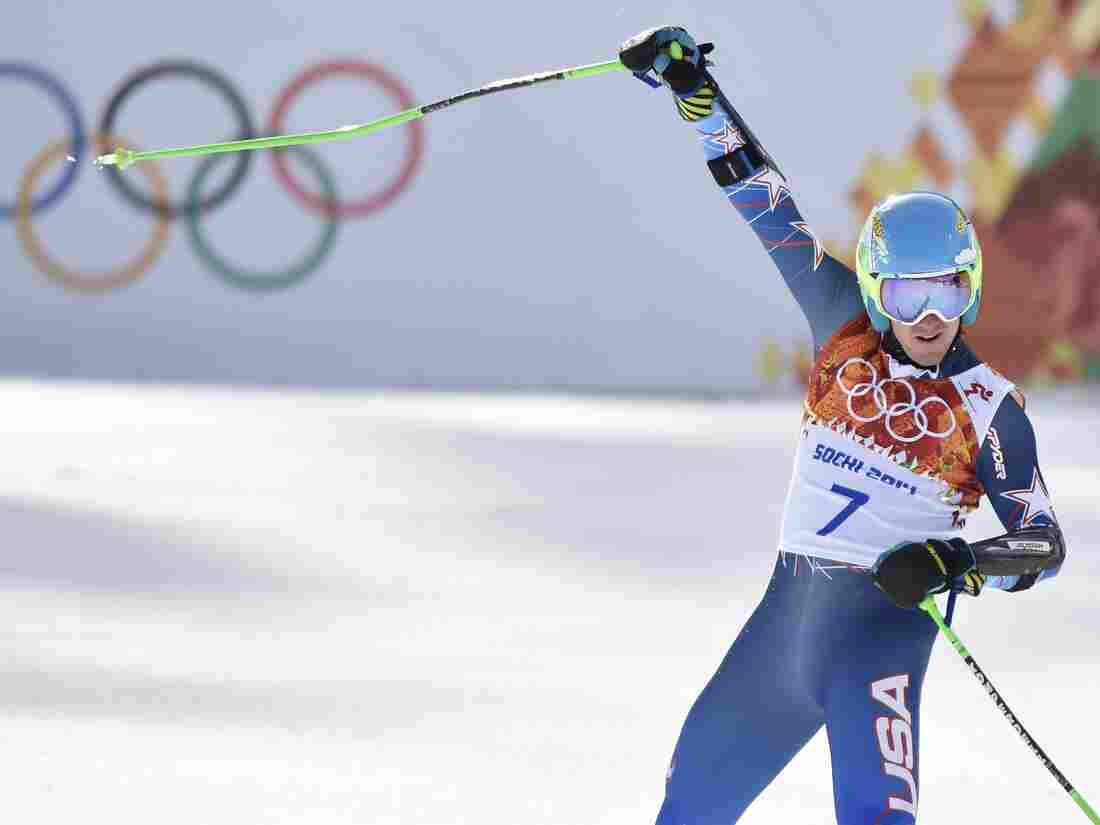 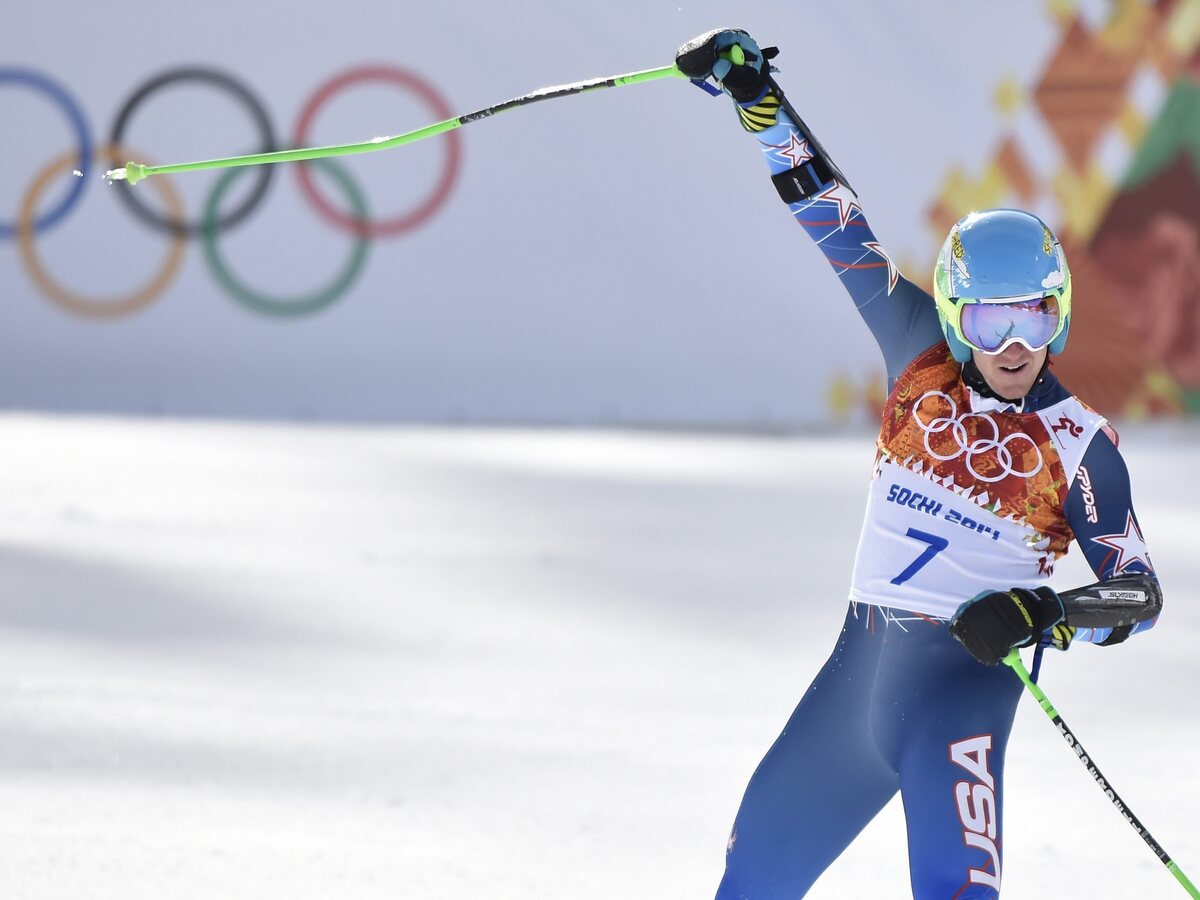 Ted Ligety is now only the second American to ever earn two Olympic gold medals in Alpine skiing after finishing first Wednesday in the giant slalom at the Sochi Winter Games.

Ligety's other gold medal came in the "super combined" event at the 2006 games in Torino, Italy.

Today in Sochi, Reuters adds, "French skiers took the other two medals, with Steve Missillier 0.48 seconds behind in silver and Alexis Pinturault earning the bronze."

According to NBC Sports:

"Ligety had such a large lead after the opening run — 0.93 seconds — that he could afford to ease up a bit on his second trip down, when he was only 14th fastest. But that was more than enough to give the U.S. its first gold in Alpine skiing of the Sochi Games.

"Ligety celebrated by swirling around in the finish area while still on his skis then raised his arms while sitting down on the snow. The crowd realized he had won even before he crossed the line, and showered him with applause for the last few gates."

Ligety is the only American skier so far to win gold in Sochi. The USA's chances for skiing glory have been hampered by the absence of women's star Lindsey Vonn, who is injured.

Miller, though, did achieve a milestone in the men's Super-G competition. He finished third, earning a bronze medal, and at age 36 is now the oldest person ever to win an Olympic medal in Alpine skiing.

Mancuso etched a record of her own by taking the bronze in the women's super combined in Sochi. It's the fourth Olympic medal of her career — two more than any other American female skier has ever earned.