Accessibility links
Questions About Scoring Overshadow Women's Figure Skating : The Edge When a 17-year-old Russian skater beat defending gold medalist Yuna Kim of South Korea, many in the skating world were shocked. An online petition is calling for an investigation into the judging. 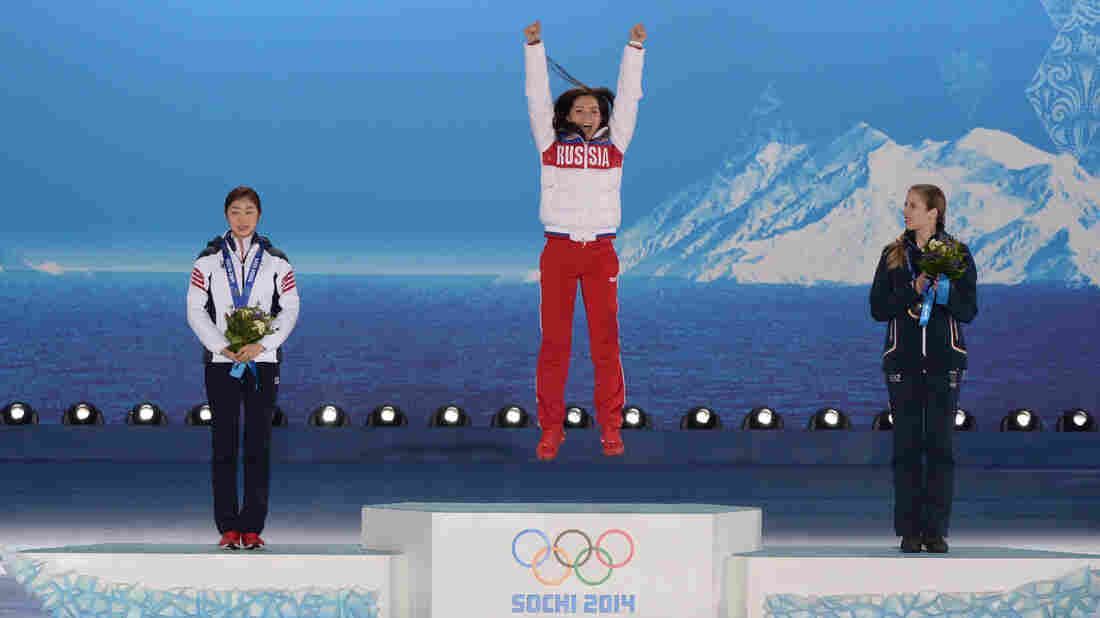 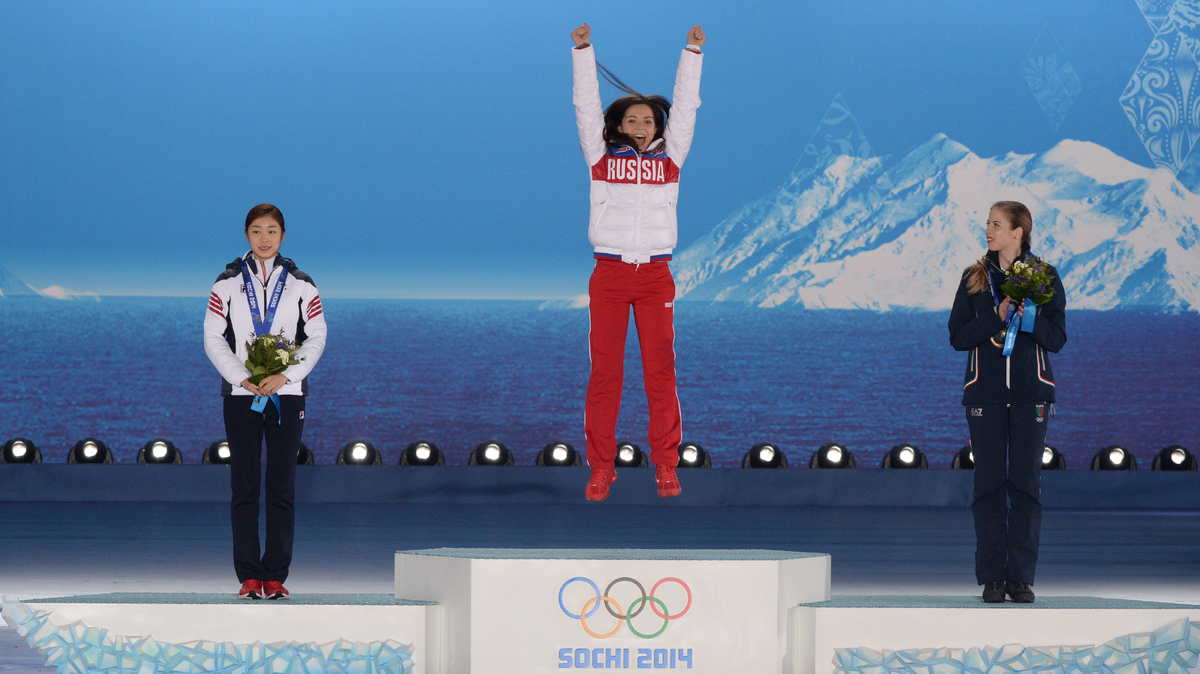 It wouldn't be a Winter Olympics without a figure skating scandal, and the Sochi Olympics hasn't disappointed.

When defending gold medalist Yuna Kim of South Korea took to the ice in the women's long program Thursday night, there was much anticipation. The audience had already seen 23 great performances, and Kim was the last to skate.

She landed six triple jumps in what looked to be a flawless program, one she'd skated many times before. In the stands, her teammates and skaters from other countries seemed amazed.

But when the scores were totaled, it was Russian fans who erupted in cheers as it became clear that Adelina Sotnikova, who did seven triples, had won the gold. The athlete section momentarily fell silent and then applauded.

Almost immediately, there was an uproar on social media. Many in the skating world thought Kim had been robbed. A petition on Change.org calling for an investigation into the judging in women's figure skating got hundreds of thousands of signers within hours.

Part of the complaint, which is not new in figure skating, is about a lack of transparency in how scores are compiled and that judges' scores are anonymous. There are nine judges, but only five of their scores are used after each performance. So there is no way of knowing whose they were. Judges don't have to provide details, for instance, as to why points might have been taken off a particular performance.

"It's not like track and field," he told reporters, emphasizing that figure skating is a judged sport. Speaking of Kim, Tchernyshev said: "She's a great skater but for today's rules, she was slightly not on top of her game, that's all."

Those rules, he says, favored Sotnikova, who performed a technically more difficult program. "We followed the rules," he added.

Did the young Russian skater have an advantage? Tchernyshev says the 17-year-old had the support of the crowd, which helped psychologically "but not practically."

"People don't want to watch a sport where you watch people fall down and somehow score above someone who goes clean," the 22-year-old skater said. "It's confusing and we need to make it clear for people."

She added, "People need to be held accountable. ... There are many changes that need to come to this sport if we want a fan base."

International Olympic Committee spokesman Mark Adams defended the judging system, saying ultimately that it's an issue for the International Skating Union to deal with.

"I think we need a little bit of a reality check," Adams said Friday morning. "The ISU has a pretty sophisticated judging system with safeguards in place. My personal view would be to congratulate what was a fantastic performance."

Meanwhile, Sotnikova said she was confident in the result, telling reporters through an interpreter: "There are new golds to win."